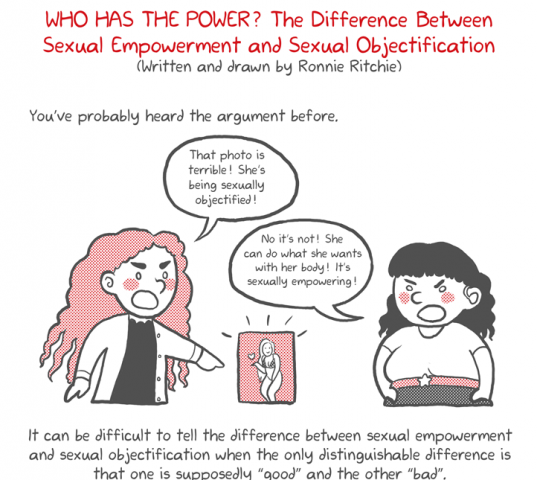 We here at The Mary Sue obviously spend a good portion of our days trying to think critically about how female sexuality is portrayed in media like comics and film, and a common response to criticism of pieces like the now-notorious Milo Manara variant cover is that it can seem difficult to tell the difference between empowering sexuality and objectification.

Thankfully, Ronnie Ritchie has written and illustrated an awesome comic that clearly lays out how power plays a role in the empowerment vs. objectification debate, both in art and IRL. Head over to Everyday Feminism and take a look at the whole thing!