The Myth of Respectability Politics: On Emma Watson’s Fight to Scrub a Semi-Nude Photo from the Internet 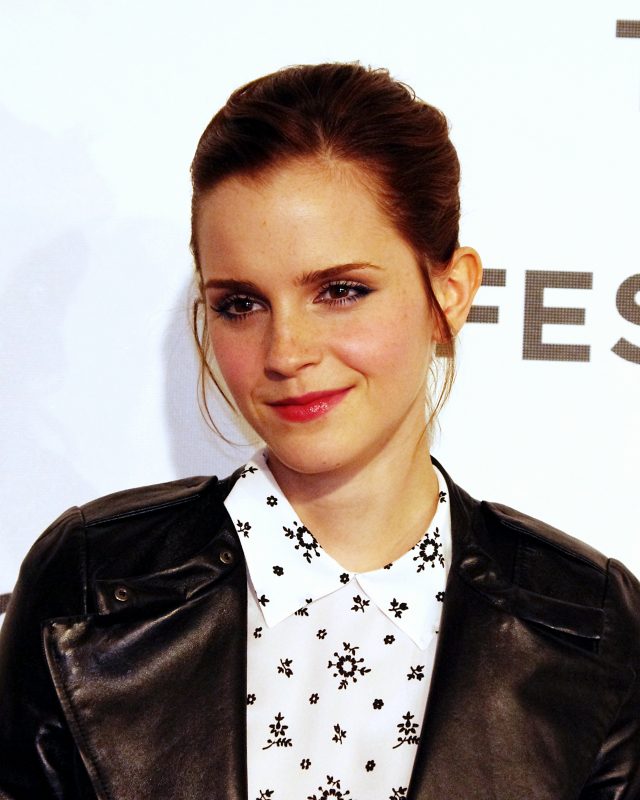 Emma Watson has had a lot of experience, unfortunately, with unsavory people on the internet attempting to sexualize her against her consent. However, until this week, Watson has managed to evade having any nude photos of herself appear online, in spite of receiving threats to the contrary.

Last year, as Watson became a more prominent feminist advocate, hackers threatened to leak nude photos of her. This turned out to be a hoax—as Watson told The Independent, “the pictures didn’t exist”—but even in that case, it seems likely that Watson and her legal team must have prepared for what to do should a situation like that ever arise again.

This week, it did. TMZ reports that a website called Celeb Jihad somehow managed to acquire some photos of Watson wearing a transparent shirt without a bra, and published them without Watson’s consent or knowledge.

These private photos had actually been taken by Emma Watson’s stylist. It’s fairly common for a stylist to keep a personal record of different potential outfits in order to keep track of what looks good on a star so as to help them plan their wardrobe, so it’s possible that this photo appeared as part of a photo shoot for the stylist’s personal records. Perhaps some assistant or other employee found the photos and ended up leaking them, knowing how much money they could make from unscrupulous tabloids by selling an image of this kind.

In any case, Emma Watson’s stylist owns the copyright on the photos and swiftly handed those rights over to Watson, whose legal team then ensured that Celeb Jihad would remove the photos. It’s a pretty straightforward takedown notice, and it worked; the photo has disappeared from that website. However, as many comments across the internet have pointed out, the image has already begun to pop up elsewhere online. Watson’s legal team has won the battle, but not the war.

The amount of slut-shaming that appears in the comments on TMZ indicates how widespread this problem has been and will continue to be for any woman in the public eye. Watson has gone above and beyond in order to ensure that this never happens, yet here we are anyway. Based on her statement to The Independent last year, it sounds as though she doesn’t take any nude photos of herself ever, and now it’s easy to see why she doesn’t feel safe doing so even in a private exchange with a partner. Even a simple photo of herself trying on a shirt with her stylist has resulted in reams of people online saying that Watson somehow “deserves” to have this photo leaked to the entire public, simply because it was taken at all.

I know that Watson got mocked for suggesting “alternatives to pornography” earlier this year, and as a person who’s not against pornography personally, I know that I took part in some head-shaking and eye-rolling over those statements myself. However, I can also understand in reading about Watson’s experiences that she’s had a very different relationship with her own sexual agency compared to the average person, because she’s been so famous since childhood, and she had been sexualized even before she turned 18. Throughout that time, Watson has had to endure a lot of scrutiny on her appearance that is hard for me to even imagine. Her own agency has not been respected, in spite of her continued attempts to assert her boundaries in that area of her life.

It’s absurd to think that a photo of Watson in a transparent shirt, taken in private by her stylist, would result in any slut-shaming from the public. Watson has taken great pains to control her public image, and yet even she is still subject to derision for something as small as this. This is why respectability politics don’t work. No matter how carefully a celebrity might cultivate their image online, their detractors will always look for the cracks. That’s why it’s important to emphasize that everyone deserves to have control over deciding how their image appears online, whether it’s for professional sex work, or just a candid private shot taken by a stylist, or anything in between.

Emma Watsonwomen on the Internet