INTERVIEW: Emma Potter Talks Bringing the Characters of The Devil All the Time To Life! | The Mary Sue

INTERVIEW: Emma Potter Talks Bringing the Characters of The Devil All the Time To Life! 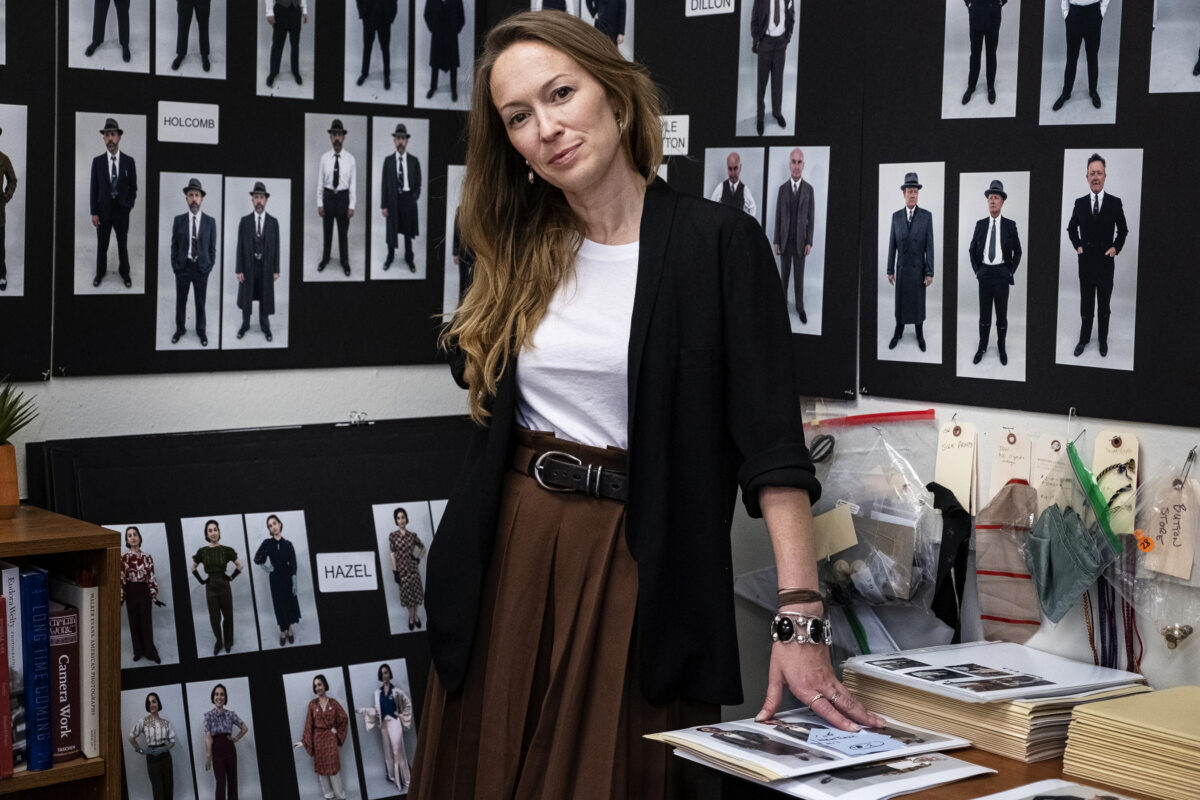 The Devil All the Time isn’t a tale for the faint of heart. When Arvin Russell left Ohio, he brought the darkness that started with his father’s attempt at saving his mother’s life with him, and from there, each character of Donald Ray Pollock’s world leaves us with a bad taste in our mouths.

Talking to Emma Potter about the translation of Devil All the Time from page to screen, it’s a bit more complicated than setting a show in a different time period, because the world of Meade and Knockemstiff, Ohio is so rich in the novel:

I would say it was honestly kind of a combination of both of those things. When I started, Antonio (Campos) had done so much work turning the book into the script and part of that process was generating all these character notes and these character documents for every department and the cast to have access to. So we were able to start from the script but with these very kind of pertinent facts in our back pocket about how the characters acted and behaved. Aesthetic I would say we started from really the script and knowing that we needed to visually find a way to accessorate the various decades and tell each character’s story but having that character driven kind of book based information behind it really informed the smaller details of every character’s look.

Potter is also no stranger to the period piece. Her project prior to The Devil All the Time was HBO’s Perry Mason, and so I asked her about the excitement that comes with getting to work on a period piece but the challenges that often come with something set in the past.

It’s fun in that my most favorite part of the job is the research that you get to do in the beginning. When it’s for a period show, I get to learn about all these new photographers and I try and find resources of different people and artists that were working as close to the area and time period that we want to be a part of. So that aspect of it is super fun and learning about these new sillouhettes that were popular at the time. It’s also challenging in that, especially for something like Devil All the Time where we have a lot of need for multiples with stunts and various scenes that take place, we have to build everything.

Part of the fascination that comes with Devil All the Time is the fact that there are just so many characters to look at, each somehow more tormented than the last. But, for a costume designer, that’s a fun place to play in because there is a range of characters to examine, as well as a span of twenty years to look at.

There are so many cast members so to me, the fun was never really being locked into one look. It was being able to go from picking Charlotte’s 1940s/1950s dresses or picking Sandy’s 1960s shorts. And floating around with all these different characters. It never got boring there was something new to play with. I do think certain people, like the Preacher, were looks that I hadn’t really explored in other projects so that was definitely something that was interesting to me.

And boy do I love Robert Pattinson’s ruffle shirt as Preston Targin.

The Devil All the Time is now available to stream on Netflix.

Emma PotterinterviewThe Devil All The Time