If we loved this idea less we might be able to talk about it more. 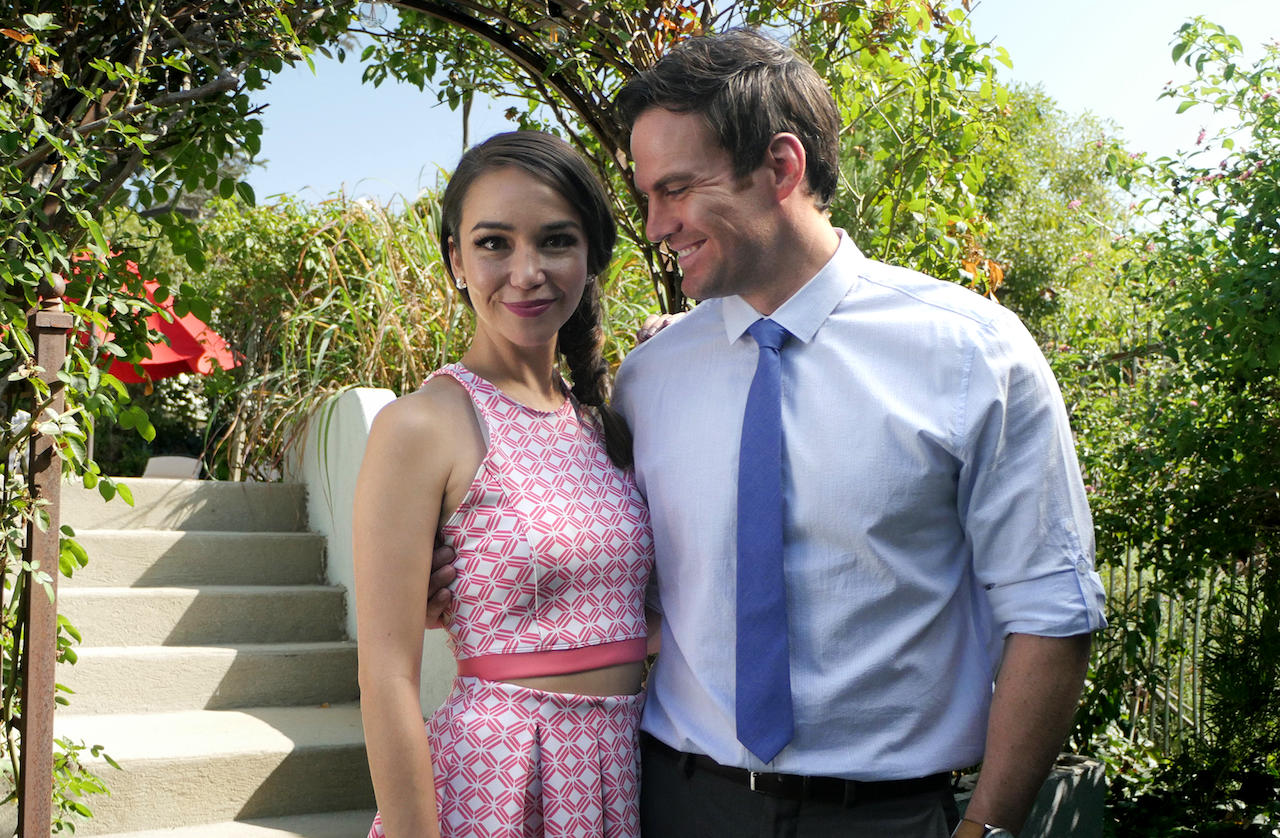 In 2012, our hearts were captured by the bright, inventive Pride and Prejudice retelling The Lizzie Bennett Diaries, a webseries produced by Pemberley Digital which won an Emmy for Outstanding Creative Achievement In Interactive Media – Original Interactive Program. It followed up with 2013’s Emma Approved, which captured even more hearts across the globe.

From 2013 to 2014, Emma Approved reimagined Austen’s beloved classic as the story of a lifestyle coach who is filming herself to document her successes. Starring Joanna Sotomura and Brent Bailey as Emma Woodhouse and Alex Knightley, the series also won an Outstanding Original Interactive Program Emmy. Now, fans are welcomed back to Pemberley Digital with a second season of Emma Approved, with a fresh new twist: Emma’s latest client is none other than Ricky Collins from The Lizzie Bennett Diaries.

Immediately in the revival, Emma Woodhouse reveals that she’s been dealing with the characters of Austen’s beloved novel Persuasion hinting at future crossovers. But the biggest commitment to the shared universe is the surprise return of The Lizzie Bennet Diaries’ Mr. Ricky Collins played once more by Maxwell Glick. “The return of Mr. Collins is such a treat for me since he really played such a huge role in shaping my career,” says Glick. “Stepping into his shoes, and suits and ties again is such a joy, even though he is the most wordy fellow I’ve ever known.”

“I still can’t believe it has been five years since we first premiered Emma Approved,” says Sotomura. “Emma is a character near and dear to my heart and I am so excited to bring her back!” Sotomura, as well as Bailey, are both returning to the series as the leads, as well as producers of the new series.

Also new to the series? A clever new platform for fans to engage with the show itself. The release states:

New to the series is the utilization of Patreon. By subscribing and choosing between a range of monthly subscription options, fans can become “shareholders” of Emma Approved, the fictional company in the series. Shareholders will receive early access to episodes, bonus material, vote on decisions affecting the direction of the company, and even future clients of Emma herself. If Emma Approved surpasses 1000 shareholders on Patreon, the show will continue past its initial two and a half month run. Sotomura and Bailey are excited about the possibility of fans sustaining the series. Bailey says, “With the support of our fans we can hopefully keep this going for a while!”

As of the time of this writing, the series is a little over halfway to their goal of 1000 subscribers, with a month and a half left to meet their goal.

Emma Approved is now being shot in documentary format, with a crew following Emma, her clients, and her friends as they navigate their lives. Fans, due to the involvement of Ricky Collins and the characters from Persuasion, have dubbed the series the Austen Online Universe. “Even after five years,” creator Bernie Su says, “fans of our Austen online universe have wanted us to come back and we’ve found a way. It all starts with Joanna and Brent and I’m thrilled to support such talented and creative artists in this revival.”

When discussing the show’s Patreon, Su also said “Building out an in-world Patreon is a natural progression of our work in audience-interactive storytelling. We are encouraging our fans to be a part of our storyworld. This isn’t a Patreon for the production of the series; it’s a patreon in the world of Emma Approved.”

Usually, the idea of a shared universe can be tricky to manage, as I’ve already written about today, but an Austen universe is so delightful that I cannot possibly be anything less than excited about the concept. Rather than building a franchise around a nebulous and less-than-well-thought out idea, the writers are weaving in characters who the audience already is invested in due to the source material and giving them new life.

The use of social media to engage with fans and draw them into the universe is also clever, and Austen is such a beloved author that translating her works this way makes sense. Both Lizzie Bennett and Emma Approved have huge fanbases who adore the shows, and who will hopefully help this project grow and expand. Will Emma Woodhouse be the one to save us all from Thanos? Hopefully.

You can catch up with the series on their YouTube channel, Pemberley Digital, and subscribe to their Patreon here.