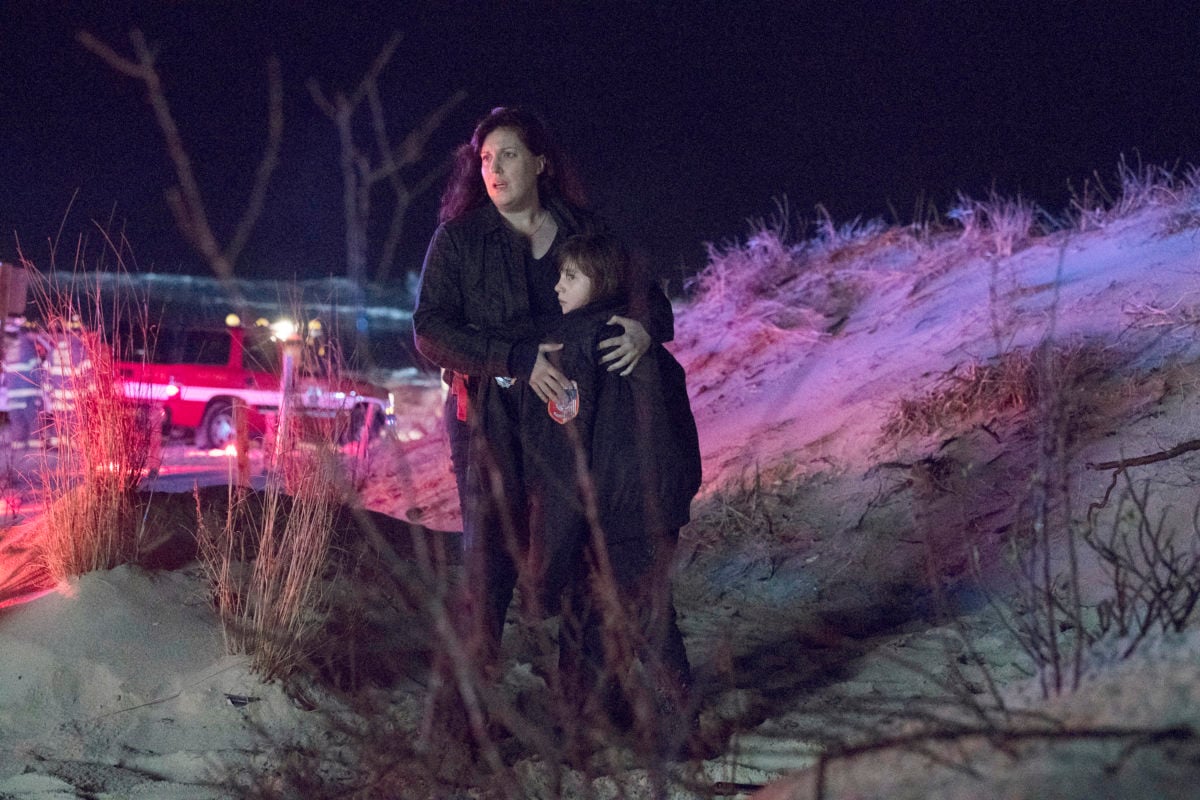 I’m going to admit my bias here right off the bat: I’m coming into this review as the mother of a daughter and someone who isn’t the standard size four we see on most television shows. I love to see mystery and genre on my television screens, but I very rarely see a version of myself in the shows I love. Sure there are dozens of characters who I can relate to in some ways, either through their personality or past, but some one who physically looks like me and shared my life circumstances to some extent? It’s still rare. So it’s partially because I can truly see myself in the heroine that I enjoyed Emergence, the new mystery-drama that premieres next Tuesday on ABC.

Emergence centers on Jo Evans, played by Allison Tolman, a smart, capable police chief in a small Northeastern town. Jo lives with her father, Ed (Clancy Brown), who is dealing with cancer and her teenage daughter Mia (Ashley Aufderheide) while maintaining a civil relationship with her ex, Alex (Donald Faison). The plot takes off quickly when something crashes on the beach near the town at the same time all the power and cell phones go down. Jo finds a young girl, played by the talented Alexa Swinton, near the site, who has no memory of the crash but seems to be connected to it. Everyone wants this girl, who is named Piper by Jo and family, and Jo is determined to protect her.

It’s fitting we’re talking about Emergence on the fifteenth anniversary of Lost. In a lot of ways, Emergence is a pretty standard descendant of that iconic show, like many dramas that have come and gone before. There’s a big mystery in the pilot (who or what is Piper) and a lot of atmosphere and weirdness. Emergence will, fairly, draw a lot of comparisons to Stranger Things, as both shows’ plots are driven by a powerful and mysterious young girl. It;s a much smaller cast and far more focused on one story however. But what really sets Emergence apart, for me, is the hero at its center.

Jo Evans isn’t a standard television lead and I love that. If Jo was a male character, you can bet that Mia’s other parent would be dead or there would be some other nagging man pain in the backstory to make the character more complex. But Jo is a woman and she’s not perfect, but she’s also not an adorable mess they way so many female protagonists can be. She has her life together enough, even though her marriage ended, and she’s really good at her job. She has rough edges but she’s still competent and confident enough that others listen to and respect her. 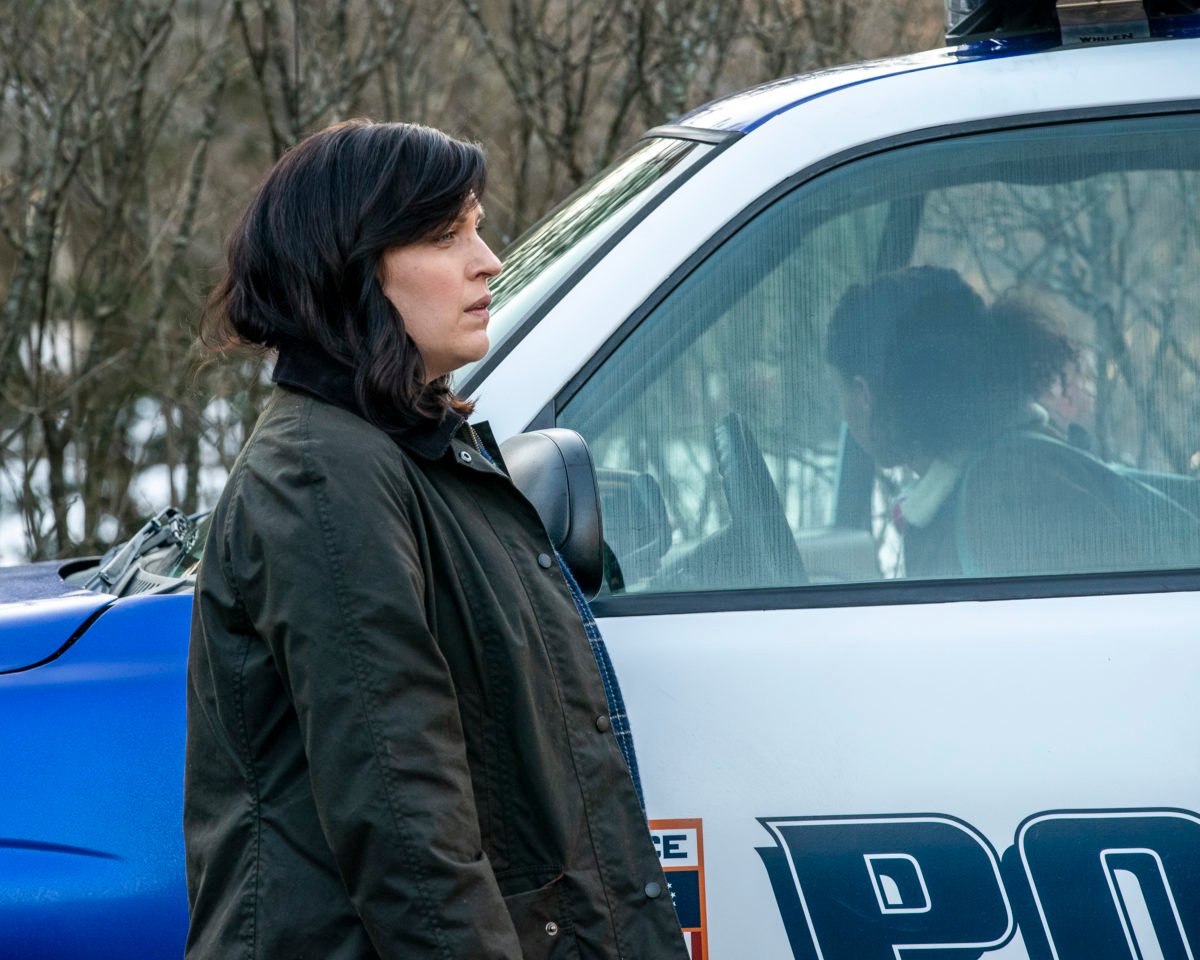 Most importantly, Jo is a mother. Her instincts about Piper come from her police background, but her ability to talk to and connect to this mysterious child? That’s pure mom. I’m going to get personal again and assure you that there’s sometime about becoming a parent that makes you instinctively want, or even need, to protect other kids when you see them in danger. I know that when Jo looks at Piper, lost and alone, she sees her own daughter because that’s what I felt. It’s a universal truth that we still don’t actually see depicted enough: there’s nothing more powerful than a mother protecting a child.

As a mom, I’ve become pretty sensitive to how often moms a pushed to the sidelines in media. Most of the time they’re dead, for one, because for too many shows and movies, their only role it to produce characters and then produce trauma to motive those characters. Television is rife with complex father-son dynamics, and heck, if we’re talking about Lost that entire series was built on daddy issues. I want more television where moms aren’t just plot points, but they’re the superheroes that every mom has to be.

Emergence doesn’t have the flashy, nostalgic aesthetic of Stranger Things, but it does have another mom (like Joyce Byers) at the forefront ready to break the law and face off against mysterious conspiracies in order to save a kid, and that’s something I enjoy watching. Allison Tolman carries the show as Jo. She’s not Hollywood thin and doesn’t have perfect hair, but she’s smart and strong and the unquestionable hero of this story, not just as a parent, but because of it. To see a person like me doing what I would and even could do on TV is so refreshing and it is enough to get me to tune in for another episode.

I hope that Emergence has a good plan for what’s in store and doesn’t wait too long to start giving us some answers. Is Piper an alien or just an experiment? I have faith in show runners creators Tara Butters and Michele Fazekas, who gave us the wonderful and wacky Reaper back in the day. Time will tell if Emergence can forge its own path in terms of story, but in terms of characters, it’s already something special and I think audiences should give it a chance.