Hold on to your butts. 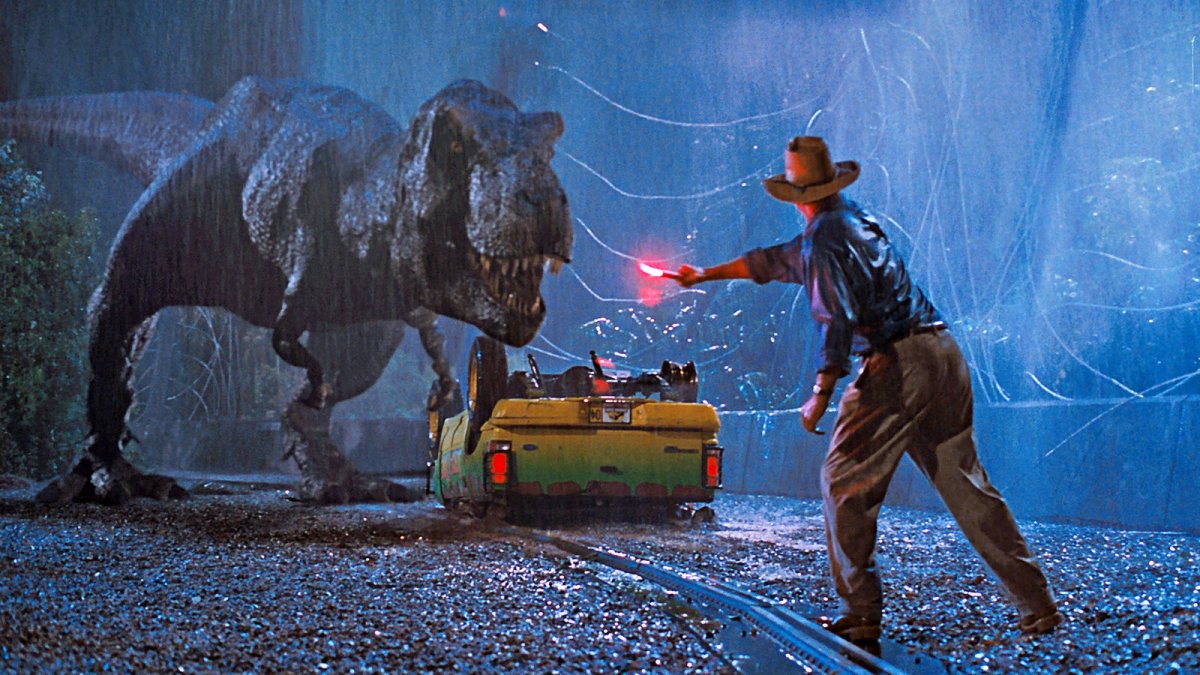 Will tech billionaires kill us all and destroy the planet? If their tweets are anything to go by, the answer is an exhausted, “ugh I GUESS.” This week’s most baffling statement comes from Max Hodak, the co-founder of Elon Musk’s company Neuralink. Hodak tweeted, “We could probably build Jurassic Park if we wanted to. Wouldn’t be genetically authentic dinosaurs but [shrugging emoji]. Maybe 15 years of breeding + engineering to get super exotic novel species.”

we could probably build jurassic park if we wanted to. wouldn’t be genetically authentic dinosaurs but 🤷‍♂️. maybe 15 years of breeding + engineering to get super exotic novel species

Oh good, we can FINALLY have the Jurassic Park of our dreams, with zero downsides! Except we all know that when you play God, the clown comes back to bite (that’s the saying, right?). Science fiction is filled with cautionary tales of scientists messing with powers beyond their control to disastrous results. But does that stop people from messing with nature? Apparently not.

We are also looking for Tony (pictured above)

Granted, we should probably take Hodak’s tweet with a grain of salt. He’s previously tweeted about neural implants for next level gaming and a new religion inspired by taking hallucinogens.

But back to dinosaurs: Hodak tweeted a follow-up to explain his reasoning, writing “Biodiversity (antifragility) is definitely valuable; conservation is important and makes sense. But why do we stop there? Why don’t we more intentionally try to generate novel diversity?”

Biodiversity (antifragility) is definitely valuable; conservation is important and makes sense. But why do we stop there? Why don’t we more intentionally try to generate novel diversity?

Of course, biodiversity and conservation are important. But we can’t keep making genetic do-overs of extinct animals without accounting for the environmental and biological factors that led to their extinction in the first place. Would these resurrected creatures still survive in a vastly changed ecosystem? And how quickly would they fall into the capitalist churn of relentless profiteering?

Also, let’s not forget the lesson we’ve learned from every Jurassic Park film: if you make dinosaurs, you’ll probably end up as dinosaur food. Although if Elon Musk is involved, maybe we’ll see a velociraptor shot into space behind the wheel of a Tesla.

OSHA is doing a walkthrough tomorrow. please do not get eaten

Look, as much as I would love to hug a Triceratops, I know that resurrecting dinosaurs is a bad idea. Besides, why do that when we can build an immersive theme park set in the Wild West, staffed entirely by robots we can kill, torture, or have sex with? I mean, what could possibly go wrong?