Things We Saw Today: Elon Musk Thinks This Is Why the Cybertruck’s Disastrous Window Mishap Occurred 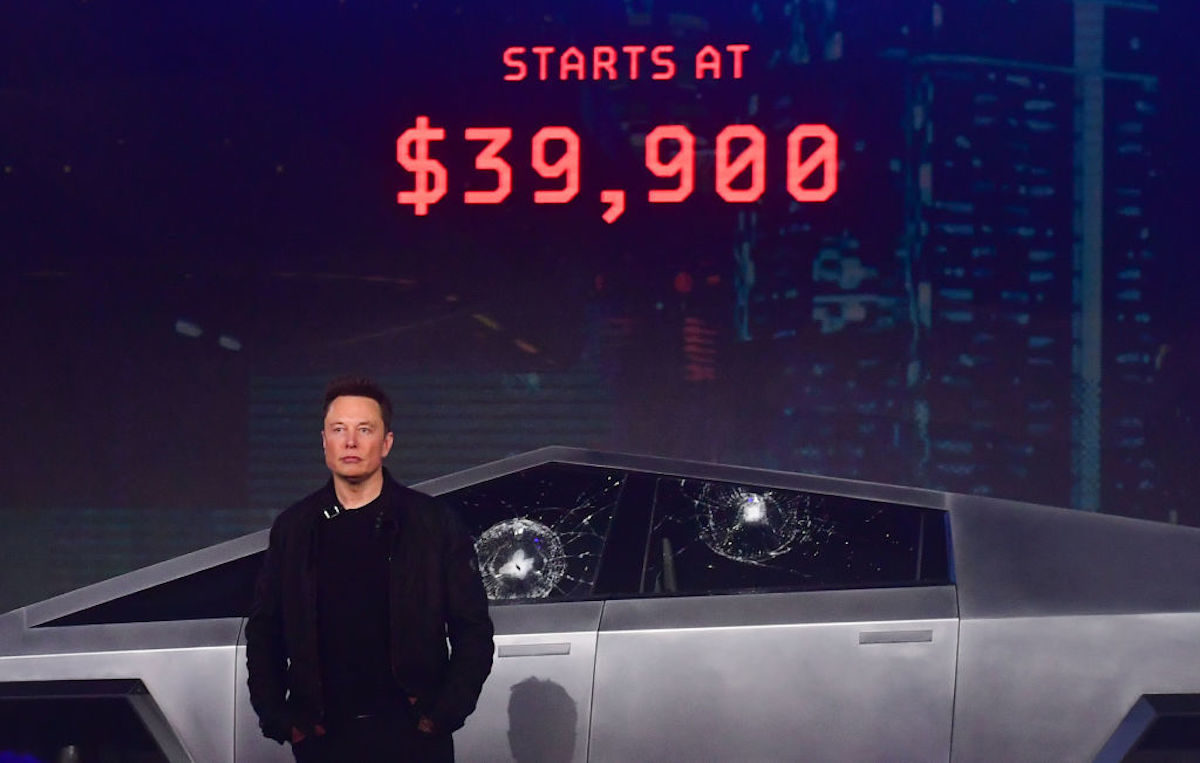 The Internet had a schadenfreude field day after the presentation of Tesla’s electric pickup “Cybertruck” took an unexpected turn. While demonstrating the supposedly “bulletproof” windows for all the world to see last week, designer Franz von Holzhauslen twice threw a steel ball at the windows, which shattered on impact (twice). This eventful unveiling caused Tesla’s stock to plummet nearly 7%. Now Tesla CEO Elon Musk says he knows why it happened.

CNN picked up on Musk’s weekend Tweet reply, wherein he offers an explanation for the Cybertruck shattered windows affair:

On Sunday night, Musk offered an explanation. Shortly before von Holzhausen threw the steel ball at the windows, he had hit the truck’s door with a big sledgehammer. That was to demonstrate the strength of the truck’s body panels. But the impact from the blows of the sledgehammer had also slightly damaged the glass, Musk said.

Yup. Sledgehammer impact on door cracked base of glass, which is why steel ball didn’t bounce off. Should have done steel ball on window, *then* sledgehammer the door. Next time …

I mean … I’m sure this is definitely part of what happened. But if this is the case, shouldn’t the various scenarios have been extensively tested beforehand? I’m no engineer, but maybe mix up the sequence of steel balls/sledgehammer before rolling this guy out on the international stage? And should it really be so simple to damage the truck, which prides itself on toughness, and thus compromise the glass’s integrity? People had questions.

Both windows? He didn’t hit the back door. Also, now thieves will know how to break into my super strong truck now… pic.twitter.com/vwnIvuK4m8

So it was the sledgehammer & not micro cracks by previous steel ball tests?

Do you think if the door crumpled it would have transferred less of the impact to the glass?

Asking for any engineer literally anywhere.

Also you broke both windows but only hammered one door so this doesn’t explain it.

I hate myself because I still enjoy the look of this preposterously-named truck. I blame a lifetime spent steeped in science fiction and also Mad Max: Fury Road.

What did you see out there today, cybertruckers?