Elmo Addresses Concerns About Friendship With Zoe, Doubles Down on Rocky Feelings Toward Rocco

"Has anyone ever seen a rock eat a cookie?" 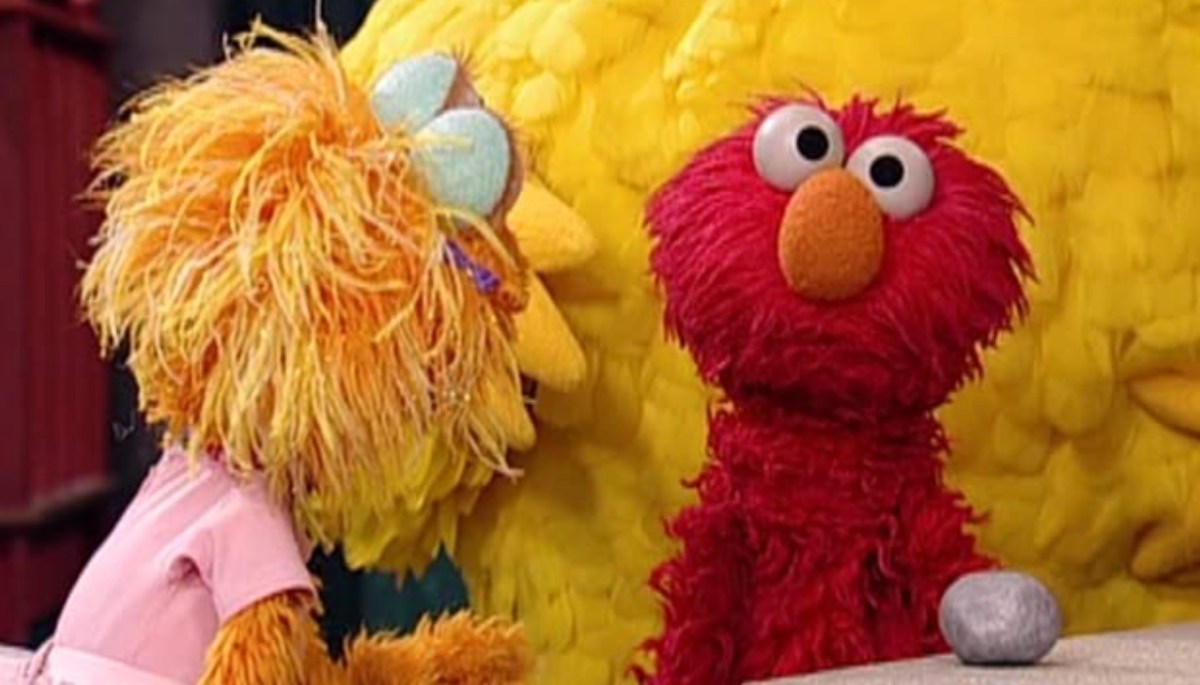 Over the past couple of days, we have been blessed with clips of Elmo’s feud with Rocco who is, in fact, a rock.

Let me be clear. It’s not like Elmo woke up one day and decided to choose violence. Elmo’s outburst stems from the fact that everyone around him continues to coddle Rocco to the point of ignoring his feelings.

Elmo’s favorite cookie, for example, is oatmeal raisin, but it’s the last cookie available. Instead of letting Elmo have it, Zoe demands that he give up his favorite cookie to someone who, well, doesn’t have a mouth.

Elmo wants to say the number of the day? Sure, go ahead! Until Elmo’s interrupted by Rocco AND told that it’s his fault for taking too long.

Now it might just be me, but in some situations, it feels like Zoe is using Rocco as an excuse for her own missteps. She’s not the one who was late in meeting Elmo, Rocco was, because Rocco, quote, “Had to go to the potty.”

Bro no why she keep fckn with Elmo pic.twitter.com/YW217q2bgp

Twitter was quick to defend Elmo, able to relate to having a friend (in this case, a friend of a friend – or rock of a friend) who everyone appeases even if they’re the ones in the wrong.

The way @elmo refuses to let Zoey gaslight him is the kind of energy I’m bringing to 2022.

Zoe might not be purposely taking Elmo’s feelings for granite, but that is what it ends up feeling like, and what it has been feeling like for a very long time.

Learning that Elmo and Rocco have been feuding since 1999

According to the Sesame Street Wiki, Rocco was first introduced on January 7th, 1999. That means tomorrow marks the 23rd anniversary of Rocco’s introduction into the series.

That’s 23 years of putting up with this.

“You can’t have that cookie, Elmo, Rocco wants to eat it!”
“HOW?!? How is Rocco gonna eat that cookie, Zoe?!” https://t.co/0mzq2RHU43 pic.twitter.com/dTaiKDFZ3n

Elmo clears up the situation

Yesterday, Elmo took to Twitter to respond to the clips that had resurfaced of him having a meltdown over one Rocco The Rock.

It seems that Elmo and Zoe are still friends and have even worked on things like sharing, as the main issue (at least, from the videos we’ve seen) was the fact that Zoe would let Rocco 1) take the things Elmo wanted, and 2) Zoe would expect Elmo to let it happen.

And it’s not like Elmo didn’t try to be a good friend to Rocco. Sure, Elmo would be agitated because Rocco was, quote, “Just a rock,” but Elmo still got Rocco something for his birthday.

Elmo is fucking fed up. pic.twitter.com/9tKXKPQtHD

And Elmo has even asked for Rocco’s opinion in certain situations.

But that kindness can only last for so long.

Elmo has had it with Rocco

Shortly after Elmo cleared the air about him and Zoe, Elmo tweeted the following:

Has anybody ever seen a rock eat a cookie? Elmo is just curious.

You tell them, Elmo!

Because yes, it’s good that Elmo and Zoe are still friends, but that doesn’t mean Elmo has to welcome Rocco with open arms, especially since Rocco keeps being so rude to Elmo. If anything, Zoe needs to have a good, long talk with that rock and examine why she keeps letting Rocco get his way to the point of causing Elmo such distress.

Zoe and Rocko casually driving Elmo into madness is the funniest thing pic.twitter.com/BVGJ1zyLQu

From what I can gather, there hasn’t been a statement from Zoe or Rocco, but I’d love to see them making an effort instead of having Elmo be the one to shoulder the boulder of the situation.

Until then, I’m going to keep laughing so hard that I start crying because these Elmo clips are gold.