I Didn’t Think There Was a Wrong Way to Encourage People to Vote, but ELLE Magazine Found It 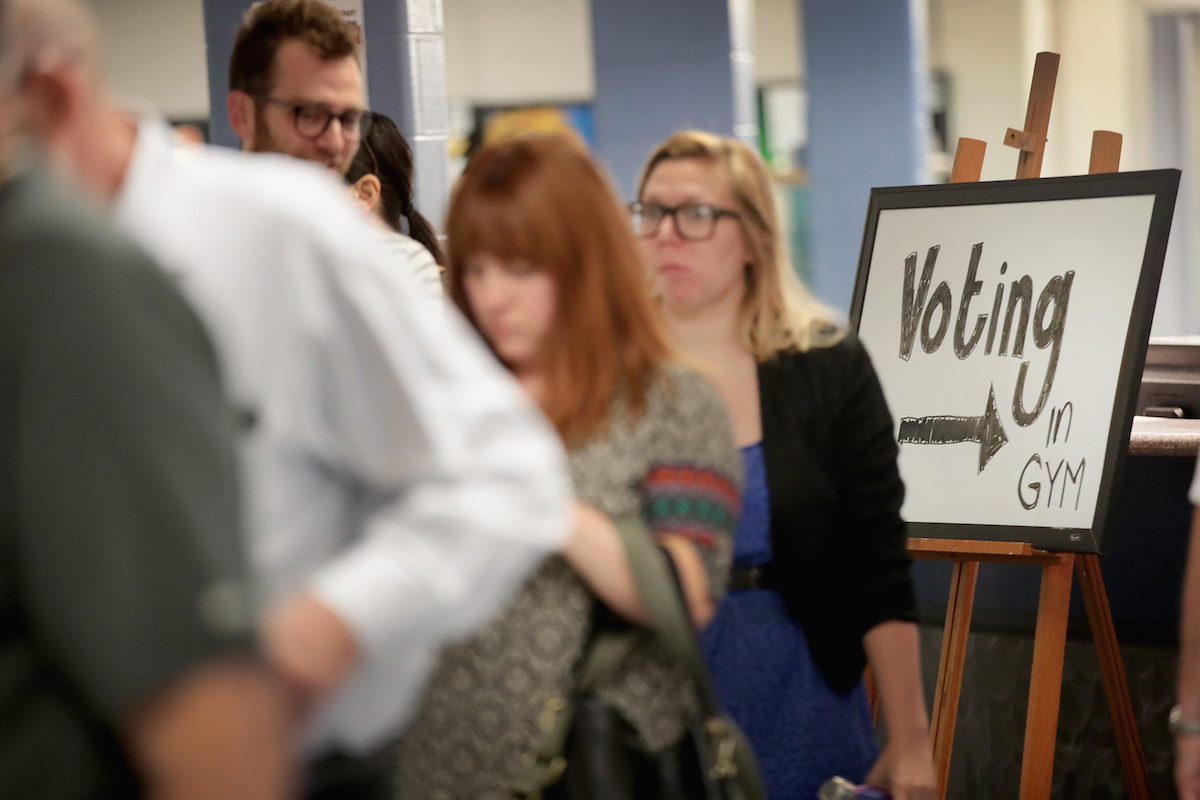 If it seems like voting is all anyone is talking about these days, it’s probably because that’s pretty much the truth. We’re coming up on an extraordinarily important election, and despite the political outrage that’s permeated every corner of our lives, voter apathy is still also high. The number of people who don’t vote, or don’t see the importance of voting in midterm elections, is huge.

So yes, those of us who believe it’s essential to vote in the upcoming midterms really want to get that message across. And we know that that message isn’t exactly new, so we need to find new ways to grab people’s attention. All of that, I get.

But oh, ELLE Magazine, this is not how you do that.

Kim Kardashian and Kanye West are splitting up 😱💔 https://t.co/epwKG7aSBg pic.twitter.com/u7qqojWVlR

That’s a tweet ELLE sent out earlier today. Except the link doesn’t lead to a story about the couple’s (nonexistent) breakup. Instead, it directed readers to “When We All Vote,” a voter registration site.

This is, simply, a terrible idea. Donald Trump has worked tirelessly to erode the public’s trust in the media, and for a large swath of the country, he’s succeeded. There is also a ton of actual fake news out there, propagated by Russian bots, Fox News, and your possibly well-meaning but misinformed relatives on Facebook.

The last thing we need is for people to feel tricked by legitimate media sources and to associate that feeling of being tricked with the act of voting.

On top of that, there’s an insulting implication at play here that readers who click on stories about celebrity gossip need to be tricked into caring about politics. It’s a weird negging of their own readership who comes to ELLE for a number of subjects, one of which is celebrity gossip. Are they supposed to feel ashamed that they clicked on a story about a Kardashian? As Teen Vogue’s Lauren Duca now famously said, “A woman can love Ariana Grande and her thigh-high boots” or, in this case, celebrity breakups, “and still discuss politics, and those things are not mutually exclusive.” ELLE was not showing its readers that sort of respect with this trick.

This is trash nonsense. Who do you think you are reaching with this? Guess what? One can be civic minded and interested in celebrity gossip. Do better.

This is condescending. People can care about more than one thing at once!

it is just not appropriate to play these games with people.

i get it, you want people to vote, and it’s hard to cut through the noise. ostensibly, though, you’re in the business of informing people. using fake headlines to get attention only exacerbates the web’s trust deficit. https://t.co/N4Nlk9Hf8e

I was gonna vote but now I don’t wanna