Fake News is just part of the Problem 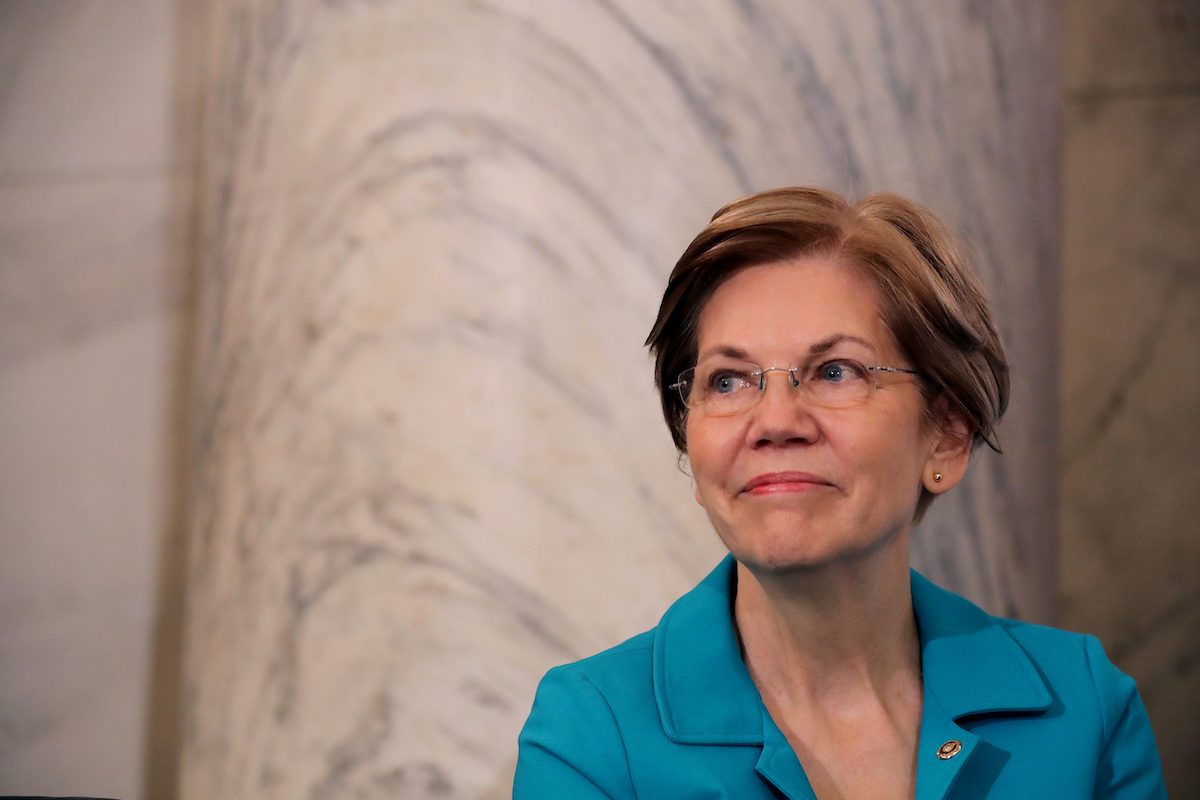 Fake news? Liz has a plan for that.

Presidential candidate Elizabeth Warren is stepping up the fight against fake news in a brilliant way. Last week Warren’s campaign ran a paid advertisement on Facebook which states that Facebook CEO Mark Zuckerberg has endorsed Donal Trump for president. Although Zuckerberg is terrified of Warren, it’s not true that he endorses Trump. Warren lied in her ad and that’s the whole point. 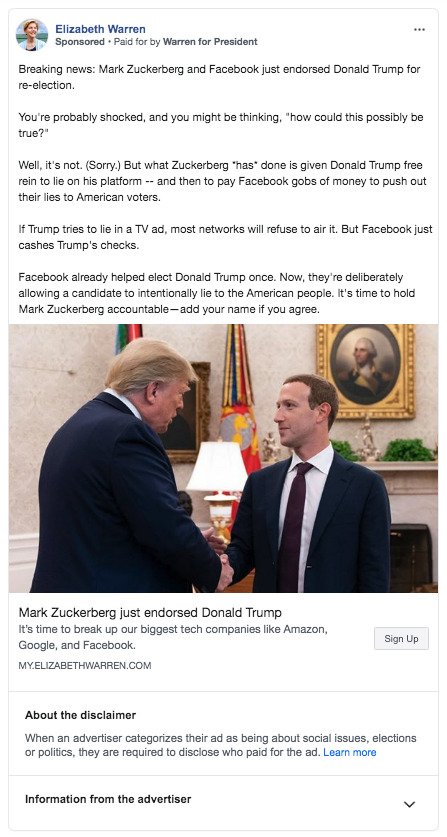 Facebook has no policy preventing candidates from lying in advertisements – and that’s very very bad. The point Warren is brilliantly making is that Facebook has become a for-profit free-for-all platform for lies and disinformation because it allows political ads that make completely untrue claims to run on the site. (Among other things).

Facebook is a massively powerful tool for spreading content and information – odds are a few of you readers got to this page via our facebook. It’s ubiquitous and an especially powerful tool for reaching older, and possibly more gullible voters that believe everything they read. Warren tweeted about the ad:

Once again, we’re seeing Facebook throw its hands up to battling misinformation in the political discourse, because when profit comes up against protecting democracy, Facebook chooses profit.

This is a bold stunt, but it’s a great way of showing what candidates can do and alerting folks to the power social media has. Even so, we wouldn’t be surprised to see our crazy uncle posting clickbait “Warren lies on facebook!” links on their feed. But hopefully now that the liea are about him, Zukerberg will actually do something…but we’re not holding our breath.

Elsewhere on the interwebs this fine Saturday:

What things did you see today?