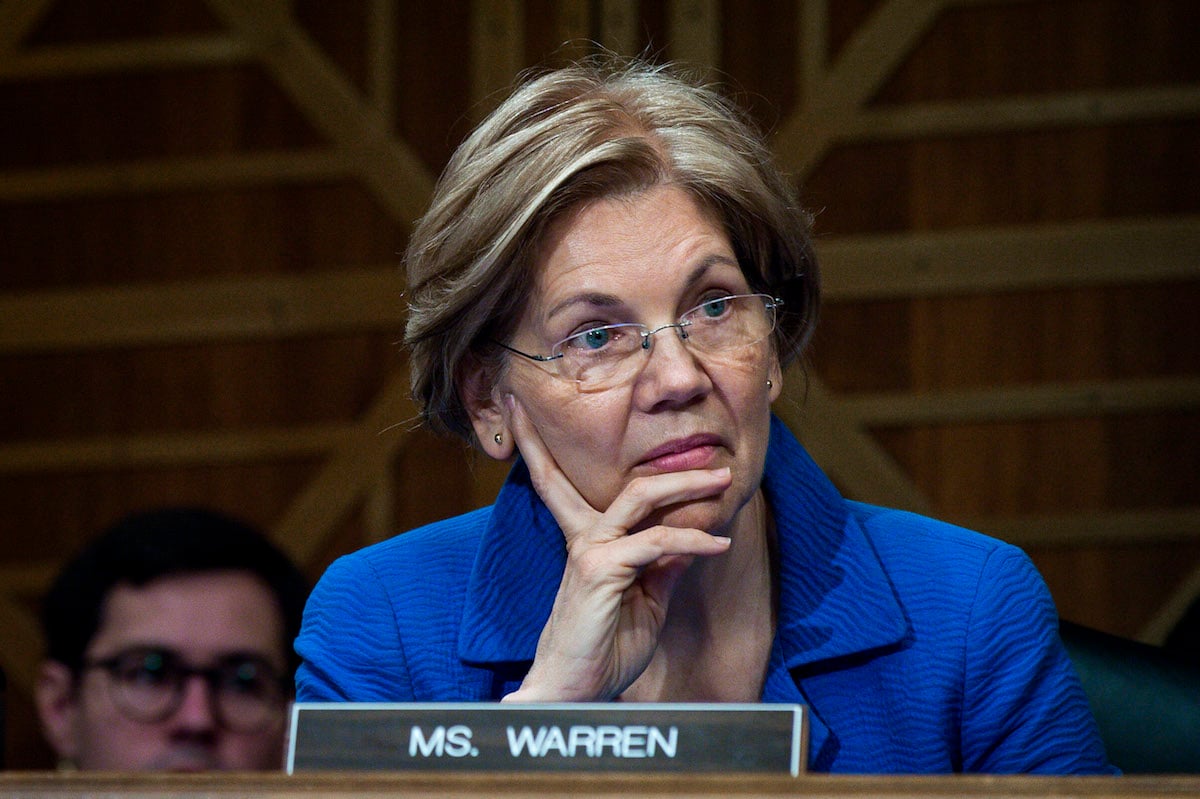 Trump’s obsession with Elizabeth Warren’s heritage is long-running. Ever the fan of Twitter nicknames, he’s dubbed her “Pocahontas,” referring to an accusation popularized by Warren’s 2012 Senate race opponent Scott Brown, who said the senator of falsified claims of Native American heritage in order to gain a teaching job at Harvard.

Now, to be clear, those accusations are not based in nothing. Evidence that Warren applied for special consideration in her teaching career based on minority or marginalized heritage is lacking, though she was listed as a Native American faculty member at other universities. (Snopes has a great in-depth analysis of the evidence.) Warren has based her claims of Native American heritage on stories passed down by her family, which, for people from Oklahoma, is pretty much standard. Still, her genetic makeup can reportedly be traced, as for many of those great plains/midwesterners, to about 1/32 Native American heritage.

So then why is Trump full of shit? Well, for lots of reasons. All of which are rooted in the fact that Donald Trump (like Scott Brown before him) doesn’t give one single crap about Native Americans or their rights or representation. If he did, he might have listened to the Native American protestors opposed to projects like the development of the Dakota Access Pipeline. He definitely wouldn’t have referred to Elizabeth Warren as “Pocahontas”—meant as a slur he surely associates with Disney animation and not a real-life person, let alone millions of very real living people—in front Native American war heroes.

Donald Trump doesn’t give a shit about Native American representation. But he does care a whole lot about discrediting and embarrassing Elizabeth Warren, so he is more than willing to weaponize the accusations made against her. And he does so in a characteristically disgusting way. Here’s what he said about Elizabeth Warren in a GOP campaign rally in Great Falls, Montana last night.

“Let’s say I’m debating Pocahontas, right? I promise you I’ll do this, you know those little kits they sell on television for $2: ‘Learn your heritage,” Trump bragged to the crowd, saying if Warren brought up her Native American heritage, he would respond by pulling out one of “those little kits.”

“We will take that little kit and say — but we have to do it gently, because we’re in the #MeToo generation, so have to be very gentle,” Trump said to laughter. “And we will very gently take that kit and we will slowly toss it — hoping it doesn’t hit her and injure her arm — even though it only weighs probably 2 ounces. We will say, ‘I will give you a million dollars to your favorite charity, paid for by Trump, if you take the test and it shows you’re an Indian.’”

Let’s set aside the fact that those sorts of tests—which definitely don’t cost $2—are limited in their accuracy, and that he definitely doesn’t know how they work or what they look like because why would you have to “toss” it, except to make a vague but deliberate remark about physically hurting a woman? Because it does not matter that this is framed as a joke, he is advocating physical assault against a sitting senator.

He is also mocking issues of sexual assault and harassment, belittling every woman who has spoken out about the abuses they’ve suffered and the larger movement made up by their voices. Trump doesn’t talk about #MeToo very often, considering his looming role at the center of it as an alleged perpetrator and self-admitted pussy-grabber, but his words here were met with laughter.

Trump, while calling Elizabeth Warren ‘Pocahontas’ again, says: “We’re in the ‘Me Too’ generation, so we have to be very gentle.” (via Fox) pic.twitter.com/pM2G0qOcHf

There’s a reason why Trump hasn’t stopped doing campaign rallies. He’s really good at them. He’s really good at gathering together a group of people who will laugh at jokes about racism and sexual assault. These are the people who will call us too sensitive for getting worked up over a “joke,” knowing full well that Trump isn’t joking. His words have power, like when he “jokingly” encouraged violence against people of color at his rallies, or “joked” about assaults on journalists. He “jokes” about sexually assaulting women. We’ve seen the reality behind every one of his jokes.

For her part, Elizabeth Warren responded with eternal class, reminding Donald Trump of the job he’s supposed to be doing.

Hey, @realDonaldTrump: While you obsess over my genes, your Admin is conducting DNA tests on little kids because you ripped them from their mamas & you are too incompetent to reunite them in time to meet a court order. Maybe you should focus on fixing the lives you’re destroying.