Ugh, The Disingenuous Attacks on Elizabeth Warren’s Consulting Work Are Back 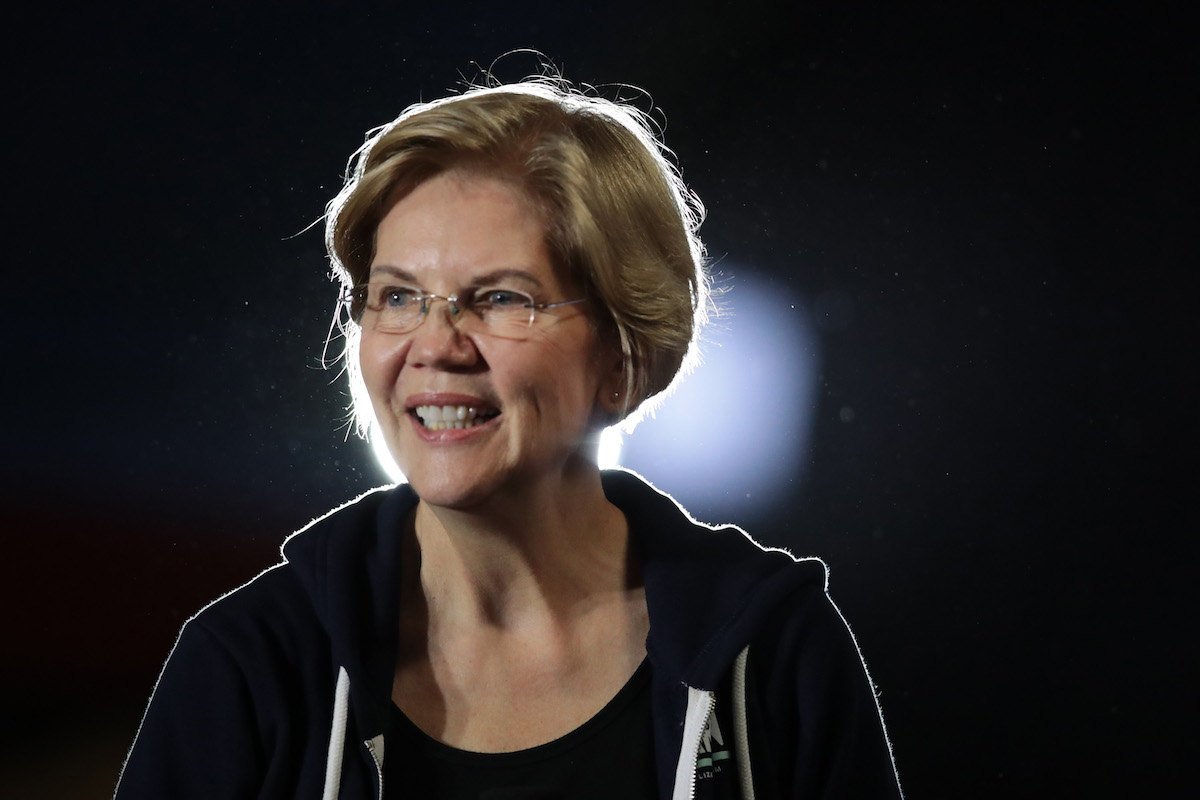 This weekend, Elizabeth Warren’s presidential campaign released an update to the records relating to her work as a corporate law consultant and once again, people are using that information to draw some really bad-faith arguments against her.

We saw this back in May of this year, when the campaign released a list of 56 cases of legal consulting work the now-Senator worked on during her time as a law professor. It was framed by a number of major outlets as being controversial, both because of her clients and her rate. The clients were major corporations, so ostensibly antithetical to Warren’s current platform, but her campaign maintains that her work was in making sure these corporations couldn’t use bankruptcy as a way to avoid paying their victims.

As for her rate, it was “as much as” $675 an hour, which, again, people tried to use to paint Warren as a greedy, wealthy hypocrite. But for that kind of work, that rate is not exactly high.

I’d love to see how much her male colleagues made.

If Warren was capable of making $675/hour as a lawyer but only worked 50 legal matters for supplemental income and instead focused primarily on teaching, that reinforces how great of a public servant she is. Also one of the smartest people around so that’s honestly a bargain.

Now these same people are at it again, accusing Warren once again of … having a job.

Warren’s campaign released some new details about that corporate work, including the fact that she earned nearly $2 million from those cases. Which sounds like a lot, except for the context:

The Washington Post’s Annie Linskey has posted some tweets clarifying that the bulk of that work was done over the span of about 20 years. So Warren’s annual average income would be significantly higher but still not outrageous–especially for this type of work.

Even worse, many are still trying to use her pro-consumer corporate work to paint her as some sort of corporate shill.

NEW: Elizabeth Warren made nearly $2m as a consultant for corporations and financial firms while she was a law professor, according to records from her campaign. The payments don’t fit neatly with her current brand as a crusader against corporate interests https://t.co/DLqwA1SDK5

It’s a totally disingenuous way to frame this non-story. Warren had already released most of this information anyway. And what’s especially telling is just how little focus is on Warren’s 2020 opponent Pete Buttigieg, who has been in a bit of a sparring match with Warren recently over transparency.

Last week, Warren called on Buttigieg to open up his private, closed-door fundraisers to the media. “Those doors shouldn’t be closed, and no one should be left to wonder what kind of promises are being made to the people that then pony up big bucks to be in the room,” she said.

Elizabeth Warren provides more transparency about her career than anybody else in the 2020 primary.

Media: ”A woman who is a top expert in her field made an average of $66K a year. How dare she!”

Warren has also called on Buttigieg to release a list of his clients from his time at McKinsey and Company, an elite consulting firm that has worked with clients including ICE and various authoritarian governments abroad. That sure seems like an important client list for a Presidential candidate to release.

After Warren’s pressing, Buttigieg did release some details of his work there but he refuses to give names, citing a non-disclosure agreement he signed with the company. He has publicly asked to be released from the NDA. He also announced Monday that he’d be opening his fundraisers to the press as Warren suggested he do.

A big win for Warren, and for transparency in the primary: less than 24 hours after Warren called his bluff, Buttegieg folds and agrees to financial transparency measures that his campaign had fiercely resisted. https://t.co/IlUe2jLufT

The disproportionate media scrutiny of Warren is exhausting, but at least she put enough pressure on Buttigieg to get him to campaign’s conduct. Well, not just her. Credit where credit is due–This kid is also really great: