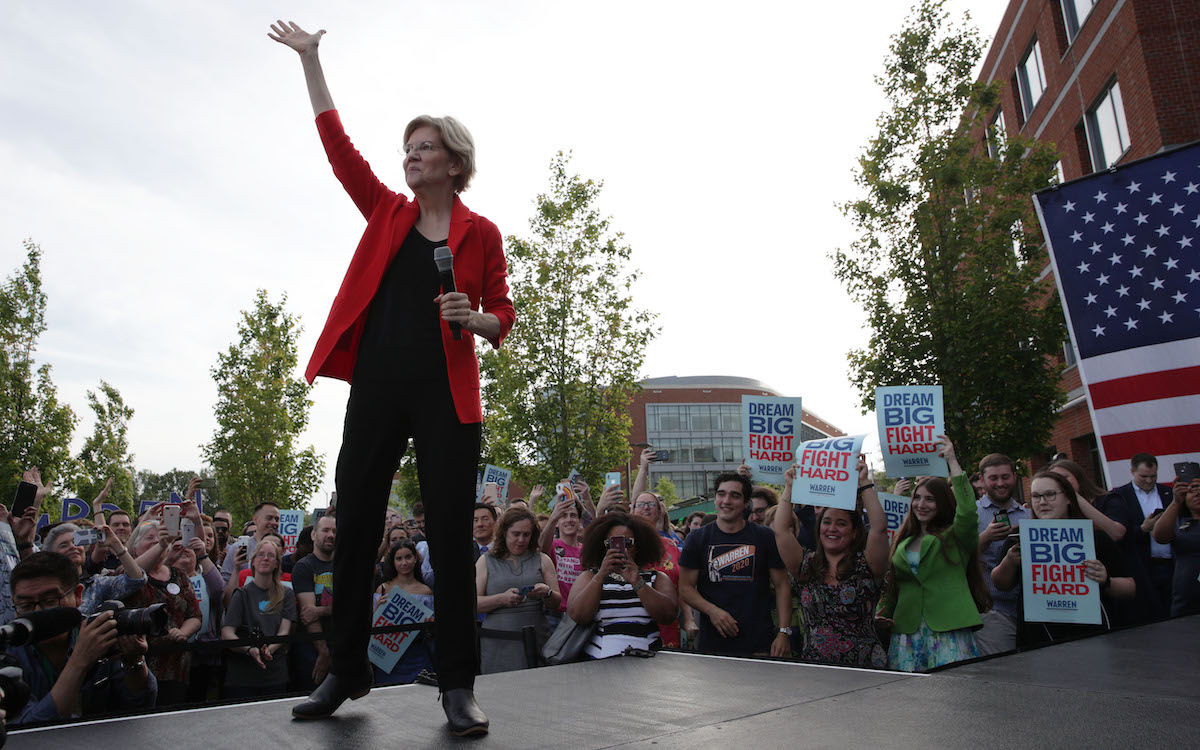 The Washington Post published an article today, revealing that Elizabeth Warren was paid for her work on legal matters while working as a law school professor. Despite the framing of the article, which seems to be trying to present this as a pseudo-scandal, there doesn’t appear to be anything objectionable about Warren’s work—like, really nothing. I keep rereading it to see if I can figure out what the big revelation is supposed to be, and there’s just … nothing.

The gist is that Warren worked on more than 50 cases during her tenure as a law professor, advising corporations and other clients. In general, her job was to consult on bankruptcy cases to make sure victims got the money they were owed. This included settlements from manufacturing companies whose products contained asbestos and a subsidiary of Dow Chemical (which WaPo calls “one of her most controversial clients”) that manufactured defective silicone breast implants. Warren’s work for major corporations might seem “controversial” only if you don’t actually read the part where her job was to make sure they didn’t use bankruptcy as a way to avoid paying their victims.

The article seems to imply that Warren was hiding some of this work, as she only released information about 13 of those cases back during her 2012 senate run, but while it appears the newspaper was doing their own investigation into the rest of the work, Warren’s team released the full list Wednesday.

The article also places emphasis, both in the headline and the lede, on Warren’s fee of “as much as” $675 an hour for this work. This carries an implication of disapproval, presumably because Warren’s platform is so heavily centered on wealth taxation, but again, her work was making sure the ultra-wealthy didn’t exploit people, and also, $675 an hour for that kind of work is incredibly reasonable.

Looking at her list, @SenWarren could’ve made more — much more — if she hadn’t been so selective, if she hadn’t stuck to work consistent with her principles. The vast majority of her work was standing up for consumers and small businesses.

This is the going rate for elite legal services. I was being billed out at $575 when I was a fucking fifth year associate because that’s what BigLaw charges.

Elizabeth Warren has been a tenured law professor at Harvard since 1995. She is one of the all-time most cited legal experts in bankruptcy and commercial law. The rate she charges is barely competitive with her male “peers” w/ far less expertise.

I’d love to see how much her male colleagues made.

The current male candidates in the 2020 race already dominate media coverage, so when a major outlet dedicates this sort of time and energy and headline space to such a baseless smear, it’s all too reminiscent of 2016, from which we have apparently learned nothing. Hillary Clinton’s corporate speaking fees were a major target for articles like this, while an obviously corrupt megalomaniac refused to release his tax returns and was given endless leniency from these same outlets.

BREAKING NEWS: Lady Had A Job, Got Paid More Than Me