Elizabeth Warren Gets the Meme Treatment | The Mary Sue

Twitter Knows Exactly What Kind of a Person Elizabeth Warren Is 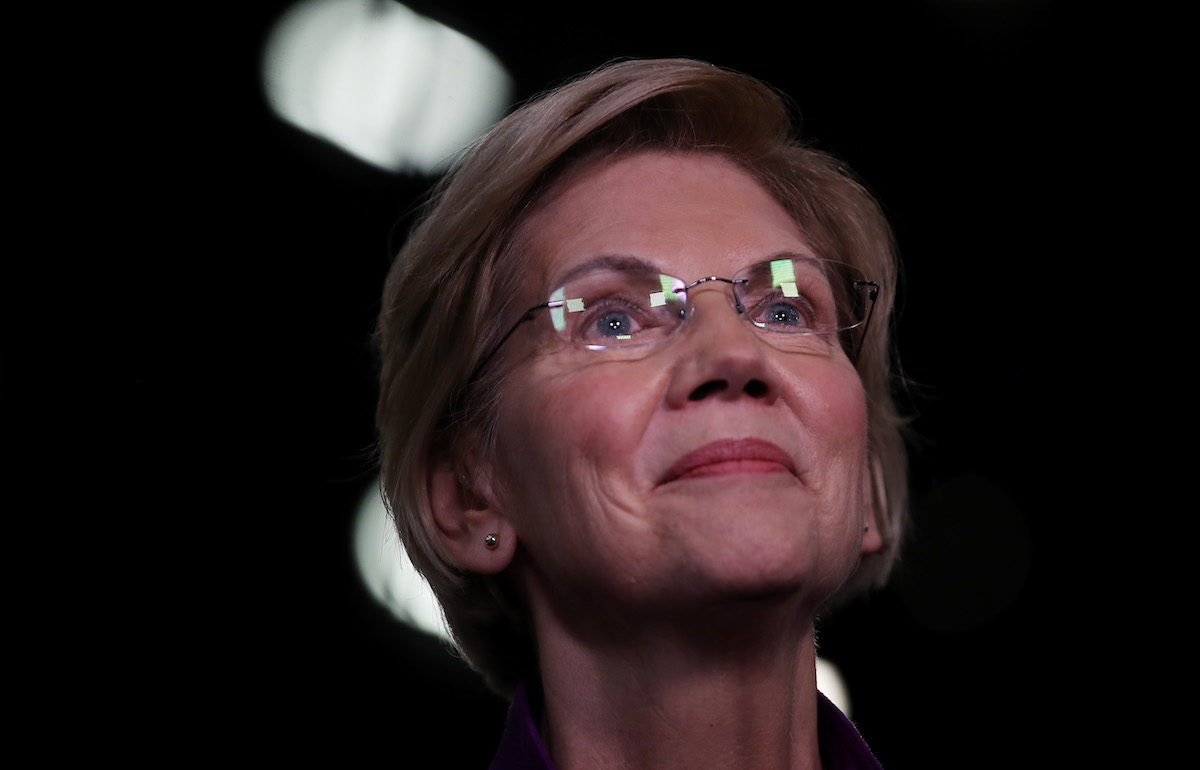 In a night of men yelling, Elizabeth Warren stood out amongst her fellow Democratic candidates at last night’s debate for being totally prepared, using her time efficiently, and communicating effectively. She was the paragon of presidentiality, balancing large scope ideas with impeccable professionalism. Her presence was summed up with one tweet that promptly spawned a whole meme.

Elizabeth Warren has never gone over her allotted time at a conference. Not even once.

Oh, you don’t think precision, manners, and respect for the time and effort of others are memeable qualities? They are when Elizabeth Warren exhibits them.

Elizabeth Warren doesn’t make everyone attend a meeting for business that can get done over email. https://t.co/6epxWxOGAx

Yes, Warren has the ability to change the country in bold, sweeping ways (hopefully as President, already as a senator) but she also seems like the kind of person who would value those myriad tiny things that make the world easier to live in.

Elizabeth Warren always knows exactly what she wants when she gets to the front of the Starbucks line and never holds everyone else up. https://t.co/rUilaDcbuz

Elizabeth Warren has never asked a bartender “what whiskeys do you have?” She’s already checked the shelf. https://t.co/En8zSSh6rq

Elizabeth Warren already has her wallet out when it’s time to pay. She’s never gonna hold everyone up. https://t.co/cb3a6GUgXq

Elizabeth Warren never takes up too much space on the sidewalk or the subway. She checks her own privilege and shares public space. https://t.co/Q15pYVpWEL

When Elizabeth Warren takes the last cup of coffee, she always brews a fresh pot. https://t.co/7X5TUxZBwD

Elizabeth Warren throws her water away and never has anything in her pockets when she goes through airport security. https://t.co/83MCc19MCX

Elizabeth Warren always stands on the right side of the escalator and walks down the left. https://t.co/0Yb4bMUIj5

Elizabeth Warren always allows people with fewer groceries to get in line in front of her. https://t.co/8BlZfur6ww

Elizabeth Warren is always ready to order when the waiter comes over. https://t.co/8SeOlTLhbA

Elizabeth Warren celebrates her competitors’ victories. And that’s not just a meme–She actually did that!

Castro says he got a text from Warren after the debate telling him “congratulations, you did a good job.”

She is that person.

Team Warren is confident enough in their platform that they can give credit where it‘s due instead of taking credit for everybody else’s ideas. It’s really refreshing.