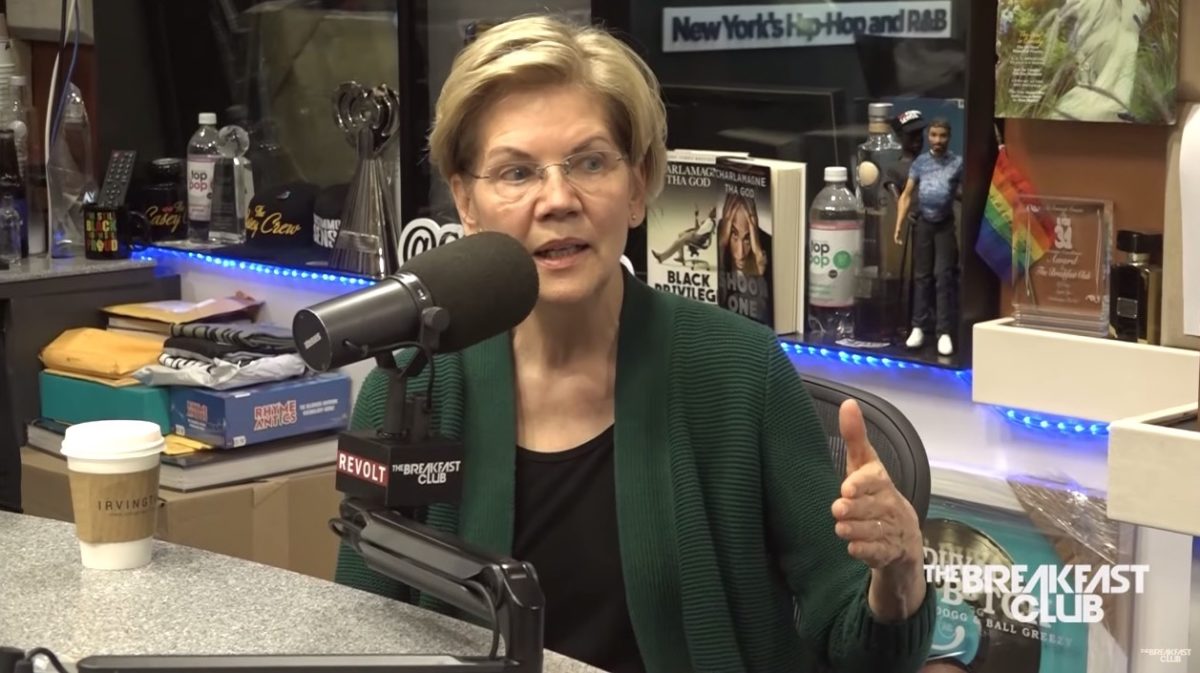 Last fall, Elizabeth Warren released the results of a DNA test. It was known that Warren had been claiming Native American ancestry for decades, declaring it as her race on documents like her Texas Bar registration card, and it was assumed by many that she was doing so to gain some sort of marginalized benefit. (Although an investigation by the Boston Globe found that wasn’t the case.)

Those accusations date back to her 2012 Senate run, but her decision to finally take and release a DNA test seemed to be inspired by Donald Trump’s endless mocking and racist name-calling, and the fact that she was clearly considering a presidential run. (She didn’t announce those plans for another few months.)

But the test didn’t have the effect she might have expected. Not only did the results show a negligible degree of Native heritage, but she was condemned by Native American leaders for conflating DNA and tribal citizenship.

Cherokee Nation Secretary of State Chuck Hoskin, Jr said at the time, “Using a DNA test to lay claim to any connection to the Cherokee Nation or any tribal nation, even vaguely, is inappropriate and wrong. It makes a mockery out of DNA tests and its legitimate uses while also dishonoring legitimate tribal governments and their citizens, whose ancestors are well documented and whose heritage is proven. Senator Warren is undermining tribal interests with her continued claims of tribal heritage.”

Warren later apologized, telling the Washington Post, “I can’t go back. But I am sorry for furthering confusion on tribal sovereignty and tribal citizenship and harm that resulted.” Still, many thought her apology came up short.

Now, she’s addressed the issue again in an interview with The Breakfast Club. “I grew up in Oklahoma,” she said. “I learned about my family the same way most people learn about their family: from my mama and my daddy and my aunts and my uncles. And it’s what I believed.

But I’m not a person of color. I’m not a citizen of a tribe. And I should have done it.” When asked if she would do it over if she could, she says the same thing she told the Washington Post months ago: “I can’t go back, but I shouldn’t have.”

“What I can do,” she adds now, “is try to be a good partner. And that’s what I do every day.” And she reiterated so many of the things she tries to tackle in her work as a senator, that are also part of her presidential platform: racial disparities in wealth, education, maternal mortality rate, and more.

As that clip notes, Charlamagne called Warren “the original Rachel Dolezal,” but honestly, that’s more than worth ignoring. As many in the replies to that tweet note, it sounds like he ignored everything she actually said because he came up with a joke he was just itching to use. Warren’s ability to admit her mistake and focus her energy around real issues affecting Americans today is admirable and inspiring.

In fact, the whole interview is a really great watch. She discusses really important issues, from reproductive justice to Historically Black Universities and reparations, to Amazon and corporate tax incentives.

There are certainly some citizens of Native American tribes who have genuine issues with the way in which Warren presented her ancestry and may still find her apologies lacking. But when the RNC attacks her over the DNA test or Trump calls her “Pocahontas,” it’s not because they care about Native people, not in the slightest. It’s because they want to detract from her dedication to all those other issues. By releasing her test results, Warren seemed to be letting those bad-faith conservatives steer the conversation. That appears to have been a mistake she’s not planning to repeat.