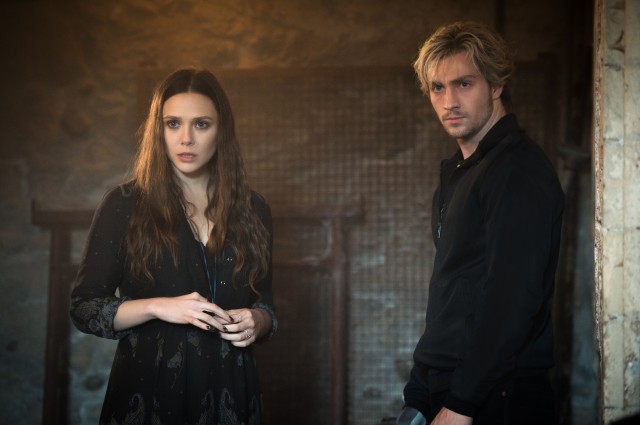 Elizabeth Olsen shared some information on how Marvel protects its movies from springing leaks, and the words “government” and “strict” immediately come to mind. They even account for every detail, right down to each single script page. Olsen explained, “When you get the pages that you’re filming that day, you’re not allowed to take those home with you. They account for everyone at the end of the day and then they shred it.”

In fact, Olsen described an incident in which she asked one of the security guards to help her with a bit of a prank photo. She said:

I took this one photograph, it was actually on (Civil War). Barry, who’s our security guy and is amazing, he can detect a paparazzi from like a 15-mile radius. He’s incredible. Obviously he can’t lock down public streets and bridges and things like that, but he locks down everything he can. I have this photo of Jenny my movement coach and I posing for a photo on my phone, and then in the background we asked Barry to try and interrupt us and scream at us.

They have a zero tolerance policy for releasing photos on a set. It’s pretty serious — you feel like you’re doing something for the government and you’re making a movie.

This might be perhaps unsurprising, but Marvel definitely goes to every trouble to make sure that paparazzi and photographers don’t end up leaking plot info and details about their movies. Sometimes, though, they slip, like when a character who’s not supposed to be on set is, and the internet catches fire for a day. But most of the time, security runs like a well-oiled machine, and our viewing enjoyment is protected from spoilers.

Consider this a thanks to you unsung security heroes. Cheers, folks.