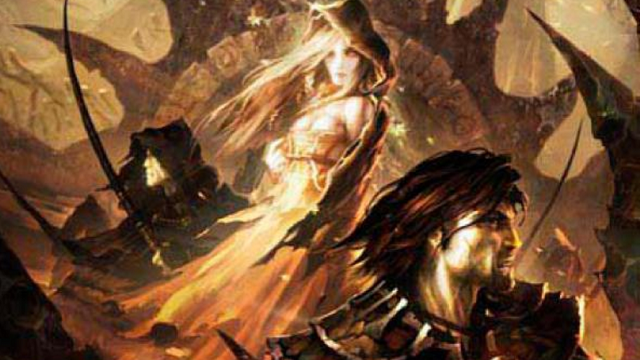 Eliza Dushku, of Buffy the Vampire Slayer and Dollhouse fame, is developing a TV adaptation of Glen Cook’s Black Company fantasy series. She’ll be co-developing with Batman Begins scribe David S. Goyer and the production company IM Global Television. Dushku will play The Lady, described as “a dark sorceress who rules over the Northern Empire and uses the Black Company to further her domination of a power structure rife with usurpers.” Hell, yes.

The Black Company is a 10-book series, with the eleventh installment due from Tor Books in 2018. It centers on a band of elite, hard-scrabble mercenaries who farm their skills out to the highest bidder. However, when they discover a prophecy that the embodiment of all goodness has been born, they must reevaluate their choices.

Dushku said the show will deliver “poignant characters embroiled in jaw-dropping action.” She also described the source series as “vast in scope, yet … fundamentally relevant through the morally ambiguous choices it presents at every turn.”

Mark Stern, the president of IM Global Television (one of the production companies behind the project), added, “Glen Cook’s books turn the traditional fantasy adventure tropes on their ear with wry, dimensional characters and a modern sensibility.”

No network is attached to the series yet, but I’m sure someone will want to see Dushku rocking a power-hungry sorceress role.

(Via The Hollywood Reporter; image via Tor Books)