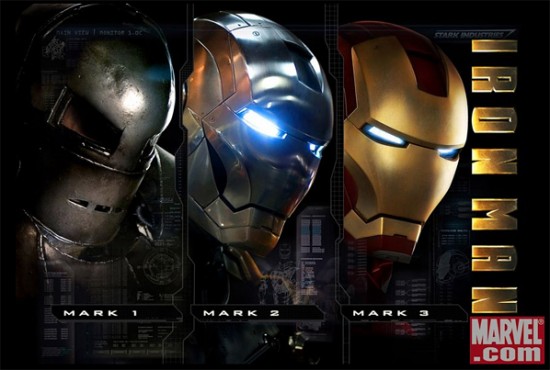 Iron Man 2 was released to theaters in America today, and certainly the Iron Avenger deserves notice.  But he’s getting lots of it, from TV spots to talk show interviews, to his own augmented reality app!  All about Iron!

We’d like to take a moment to appreciate the lesser known heroes and villains who have taken an entry of the periodic table of the elements into their hearts, and tried to live up to its hardness, its density, and above all else the weight of 6×10^23 atoms of it. Also, many of them are utterly absurd. 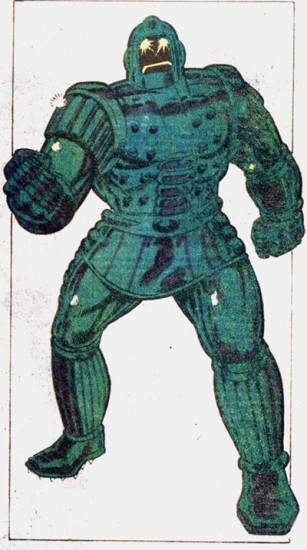 A KGB badguy named Boris Bullsky wanted to win a propaganda victory against the imperialist swine, and so he set out to defeat Iron Man by strapping on an enormous titanium suit. According to Wikipedia, “the inferior resources available to the scientists meant that the armor was twice the size of Iron Man’s.” The suit could even fly to space. There were two other, less memorable Titanium Men thereafter, but the original Bullskian Titanium Man proved his merit by appearing in that Iron Man video game. 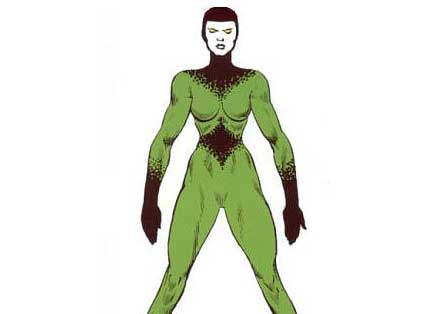 When a hydrogen fusion specialist named Voletta Todd got caught in a freak lab experiment, she developed the ability to turn into a sentient cloud of superpowered, ionized hydrogen gas, and turned to a life of crime. She can, however, be forced to revert back to a regular old cloud of ionized hydrogen gas, which, if you think about it, is pretty lame.  [image via] 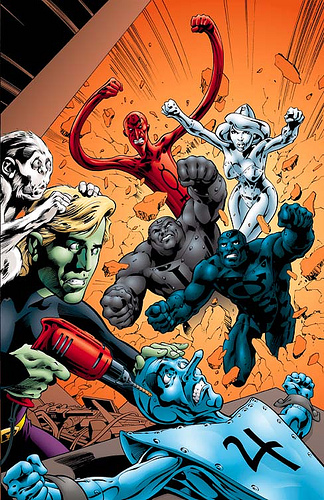 The metal men are intelligent robots created by William Magnus (who actually has a meme based on him), endowed by him with responsometers that create an artificial soul.   These same responsometers are responsible for the relationship between each Metal Man’s (and one Metal Woman’s) personality and powers, and the element they are made of. 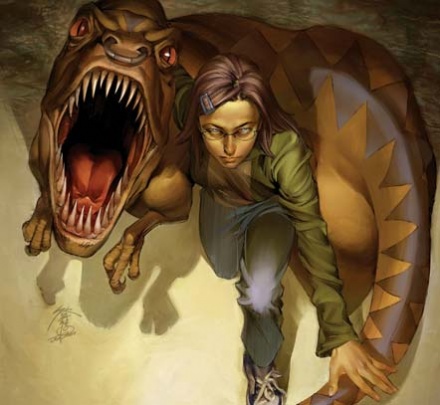 Adopting the popular superhero convention of naming oneself after farcical 1939 stage plays, Arsenic and Old Lace are a classic girl-and-her-genetically-modified-dinosaur-from-the-87th-century team. In addition to supervillains, they’ve been known to fight corrupt cops in the LAPD.  [image via] 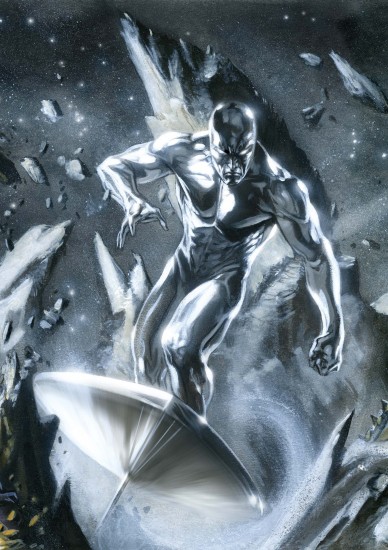 The Herald of Galactus carries but a portion of his master’s Power Cosmic, endowing him with great power, a shiny finish, and an awesome surfboard.  Of course the downside is that he has to visit planets teeming with sentient life and culture, only to tell them that there is no hope: they are about to be consumed entire by The Devourer of Worlds.  But on the other hand… space surfboard. 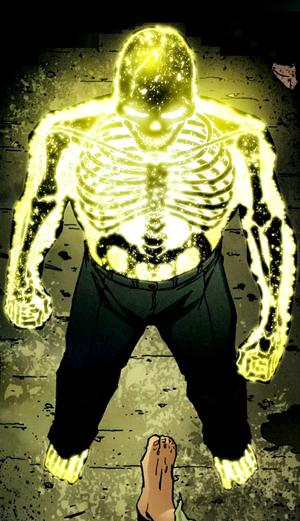 Dr. Phosphorus is the continually burning supervillain from Gotham City who subsequently trade his soul to the demon Nero for even more unbridled incendiary power.  Oh, and the ability to not constantly burn his own clothes off, so +1 for pragmatism there, Doctor.  From Detective Comics #825: “We believe his powers manifested a fusion reaction that completely sublimated his central nervous system — creating functional facsimiles of his heart, his lungs, his kidneys — all working in concert to produce a near-endless supply of clean energy.”

He’s also one of the inspirations for Batman Beyond nemesis Blight. 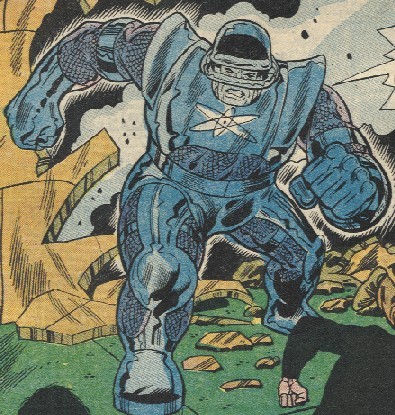 Yet another Iron Man wannabe, Cobalt Man, an “inventor who had been studying the effects of nuclear radiation involving cobalt” (sciencey!) not surprisingly chose to build a suit made of cobalt, a tough metallic element with a high melting point of 2723 °F, but the decidedly un-super side effect of causing contact dermatitis in many, according to the Agency for Toxic Substances and Disease Registry. Also, he was almost killed by Egghead — Egghead, for cripes’ sake! — one Wikipedia quote about whom speaks for itself:

Disguised as a long-legged clown at a Thanksgiving Day Parade, Egghead tampered with Hank Pym’s “Pym Particles” by blowing special bubbles at him while he was fighting a brought to life dinosaur float.