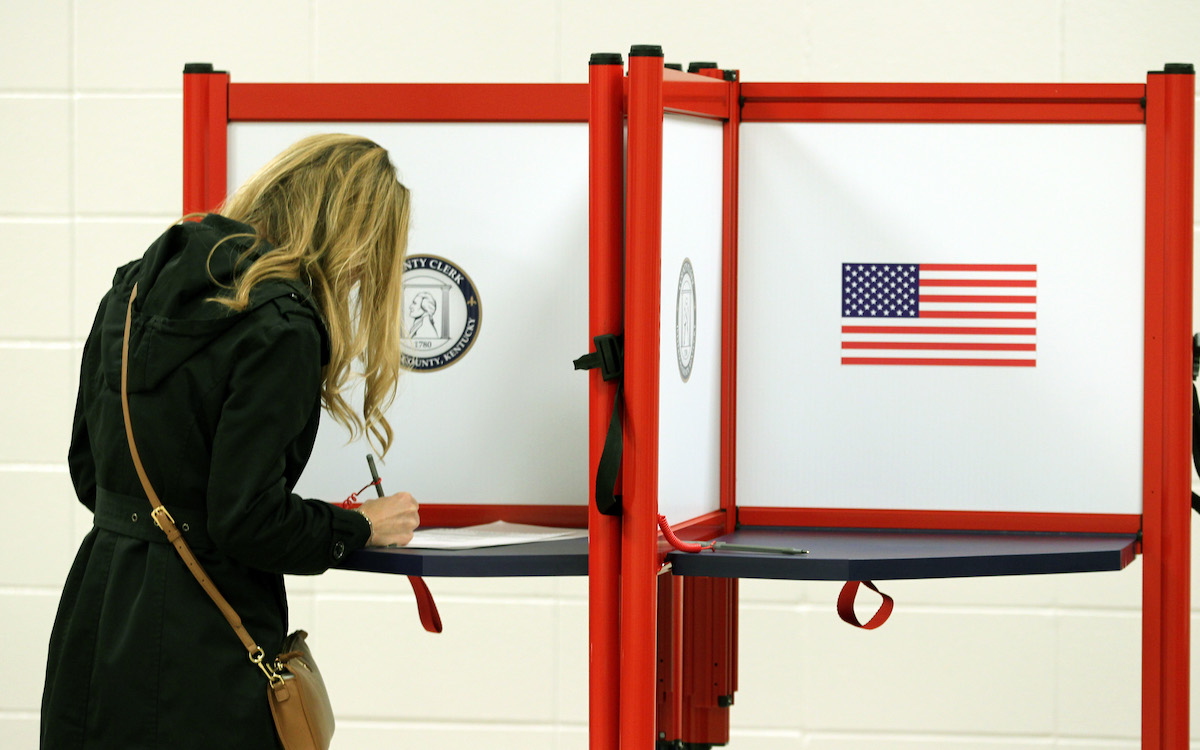 Until Trump took office, midterm and off-year elections weren’t generally something most voters turn out for, but just like in 2018, yesterday’s elections saw some sweeping changes across the country.

First, the big one: Kentucky now has a Democratic Governor. Donald Trump won the state by about 30 points in 2016 and he made a last-minute trip to join the Republican incumbent Matt Bevin at a rally this week. But the state’s Attorney General Andy Beshear still won–though only by about 5,000 votes, which is a great reminder of just how important it is to turn out for these off-year elections!

To all those who came out to vote in Kentucky to take back your state from the party that pits Americans against one another while giving handouts & tax breaks to the wealthy, I see you and you’re awesome.

Seeing as Senate Majority Leader Mitch McConnell is from Kentucky and he’s up for reelection last year, this is giving a lot of people, both in Kentucky and nationwide, hope that he might actually be on his way out.

A Democrat defeated one of the most unpopular Republicans in the country in a statewide election in Kentucky.

This year, it was Matt Bevin. Next year, it’ll be Mitch McConnell.

This is just the icing on that cake, by the way:

Trump: “If you lose, it sends a really bad message …you can’t let that happen to me.”

Over in Virginia, Democrats had an incredible night, winning complete control of both legislative chambers.

For the first time in two decades, we will have a Democratic majority in the Virginia House of Delegates. Thank you to everyone’s support and efforts to elect this incredible group of people so that we can move Virginia forward. We finally have a House for All Virginians. pic.twitter.com/v6YhxlTPRF

That also included the re-election of Danica Roem, who made history yet again.

And Ghazala Hashmi became the first Muslim woman to be elected to Virginia’s State Senate.

I am deeply honored by your words, Secretary Clinton. You broke so many glass ceilings for women in public service. https://t.co/ju5NQyLlKA

Also, remember Juli Briskman, the woman who was fired for flipping off Trump’s motorcade? Well, she won a seat on the Loudoun County Board of Supervisors in Virginia last night!

As it turns out, Briskman’s district includes a certain golf course owned by a certain president.

“Isn’t that sweet justice?” she asked, her cackle suggesting that she knew the answer to her own question.https://t.co/DNr7SuzLFp

Big things happened in Pennsylvania, too, starting with the fact that one vote came from actual space.

Out of this world: An election official in Pennsylvania receives an absentee ballot application from the international space station. https://t.co/1LepGjXmme #odd

Democrats took control of City Council seats across the state, even in Delaware County, which has been deep red since the Civil War.

For the first time since the Civil War, Democrats have taken control of the Delaware County Council. https://t.co/ZFiH3KGwb7

In Philadelphia, a third party candidate won an at-large City Council seat for the first time since the modern two-party structure was introduced 100 years ago. Two of the at-large seats are reserved for members outside the majority party, and that means for the last 70 years, they’ve been held by Republicans. But Kendra Brooks from the Working Families Party just changed that.

“We broke the GOP,” Brooks said, according to the Philadelphia Inquirer. “We beat the Democratic establishment. … They said a black single mom from North Philly wasn’t the right person but we have shown them that we are bigger than them.”

The suburban blue wave crashed down again in PA: Dems had never in history held a majority on the Delaware County council. Now they have every seat. https://t.co/YLSsmU3qRf

These are just a few big wins–there were plenty more across the country yesterday. Where there any exciting results in your area? Share in the comments!

Meanwhile, this is what Election Day looked like outside of the White House:

The scene outside the WH… pic.twitter.com/KlTc9N5a4K