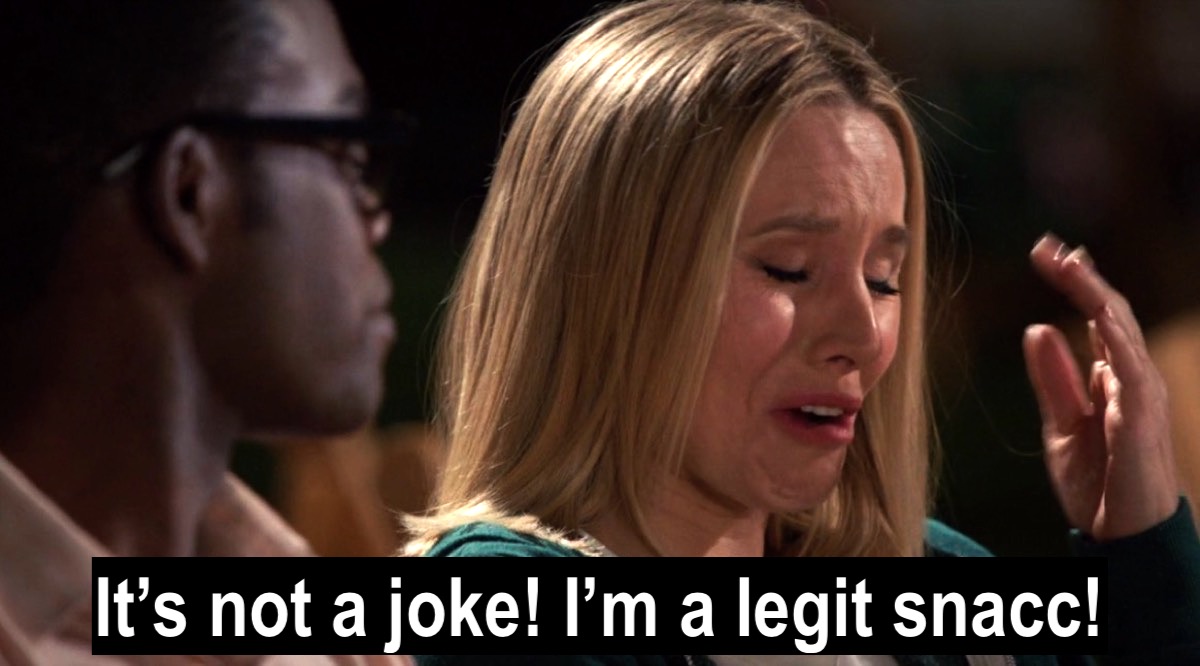 The Good Place has a power over us all that is completely out of the realm of understanding. The show that made me cry just by making Ted Danson flip a towel over his shoulder is back and with a vengeance! Premiering their final season last night, the show was met with fans crying over the brilliance that is The Good Place and the knowledge that this is the last season premiere we’ll have from the show.

Eleanor Shellstrop debuted her new look as she continued to play her part as the architect of the Good Place, telling the new humans everything they needed to know about getting into the Good Place and trying to fight against every move the Bad Place was making against them. So, to Eleanor, that meant she needed an Olivia Benson-esque suit, and none of us were complaining about it.

To make matters worse (better?), Kristen Bell then posted this video of her in the suit in question:

Making a joke about SVU, Eleanor opens her suit jacket and leans on a desk. That’s it; that’s all that happened, and yet, from there, we all descended into proverbial madness over how attractive Eleanor was in a suit, and thus, the breaking of the internet began.

eleanor in a suit. that’s it. that’s the tweet.#thegoodplace pic.twitter.com/yT1rkD3QWx

Death by Kristen Bell in a suit pic.twitter.com/R9dxflZPxq

ELEANOR IS WEARING A SUIT ????? THATS A GREAT DAY TO BE GAY pic.twitter.com/v0ugwDSccg

If we’re this in love with Eleanor just from a suit jacket lean, we’re in for a rough time of it when it is finally time to say goodbye to the show.

I’m going to pretend like this isn’t the end of The Good Place and that this was just another season premiere, and we can all laugh and love Eleanor in a suit. But even the joy that these images bring reminds us that we’re only a short journey away from having to say goodbye to Eleanor, Chidi, Micheal, Tahani, Jason, Janet, and the rest of the cast of characters. They will be missed.