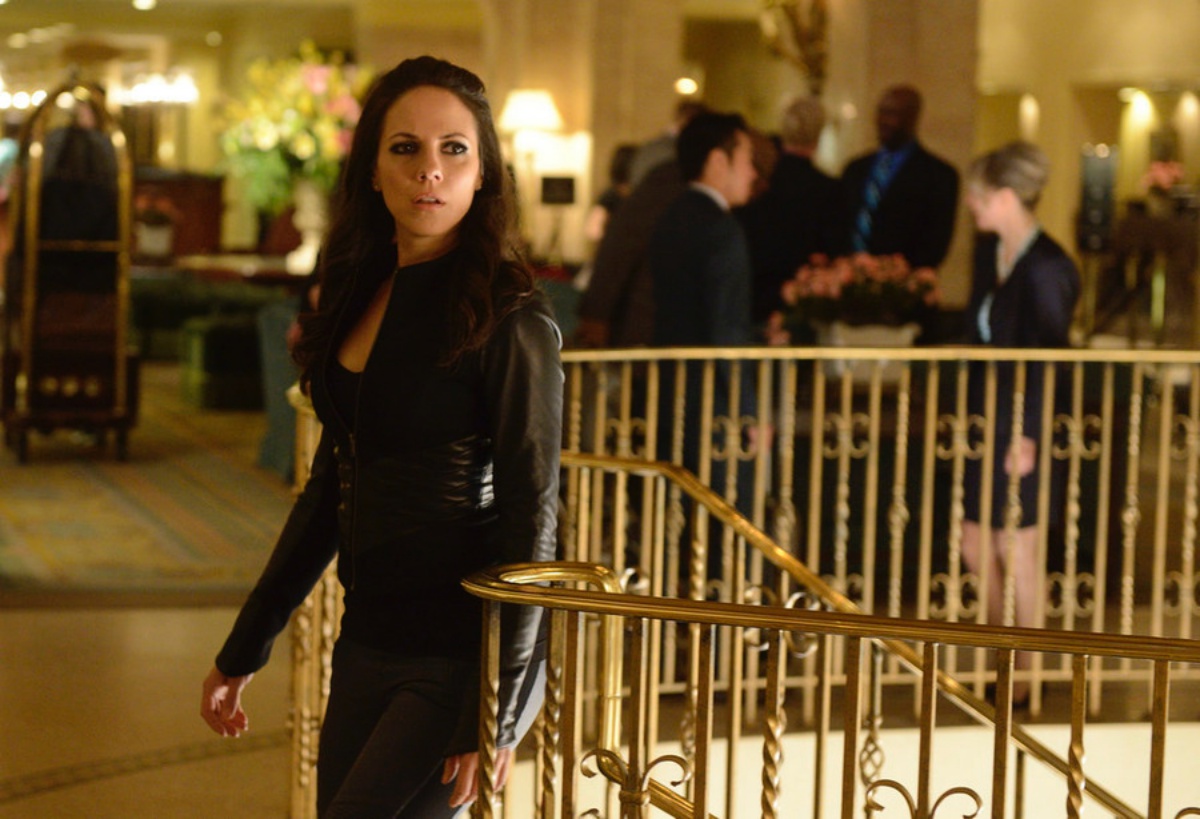 Eight years ago the queer world was introduced to Bo Dennis, an unaligned bisexual succubus with a heart of gold. Created by Michelle Lovretta, the television show Lost Girl tells the story of Bo, a succubus, who had been living in the human world for most of her life before finally being discovered by the Fae.

In the first episode, Bo saves Kenzi, a human, from a rapist. The two become bosom friends Anne of Green Gables/Diana style. Confronted by the Fae leaders, Bo is asked to choose to be either part of the “Light” or “Dark” fae. As a true bisexual, Bo declares herself neutral and throughout the series fights to remain that way, while trying to figure out who she is and where she comes from.

For a lot of people, their favorite character on Lost Girl is Kenzi and I get that. Kenzi is the quippy side-kick, so of course, I love her, but for me, the reason the show is so meaningful is Bo Dennis.

The dark-haired succubus that leads the show spoke out to me because she is a person full of contradiction. She is a succubus, sexual in nature and in power, but is also portrayed as sweet, innocent and also as being “pure” despite being the fae version of a sex demon. Bo is an anti-heroine who wants to protect humans and others while having guilt for the times she spent murdering people due to a lack of control over her abilities.

Throughout the series, Bo is empowered both literally and emotionally, due to her sexuality. When we go to the place she grew up in “There’s Bo Place Like Home” we get a glimpse of the conservative, small-minded environment that led her to believe she was a monster. Through every norm in the fae or human world that is set up for her, Bo skirts it. She marches to her own drum so that even when she makes mistakes they are her mistakes.

For me, as a young woman who had finally come out, Bo was a revelation because bisexuality/pansexuality is so often treated as hypersexuality in a way that really dehumanizes and removes the love and romance from bisexual/pansexual relationships. Despite being a succubus and a deeply sexual person, it didn’t mean that Bo couldn’t have long-lasting relationships, it just meant that it has to be done in a certain way.

One of the great things about the relationship between Bo and Lauren was that it created emotional conflicts between a supernatural creator and human love that we rarely get to see in queer relationships. Outside of the “lesbian vampire” subgenre and Beautiful Creatures most of the time it was male (supernatural)/female (human couplings).

The fact that Bo could have multiple loves, multiple partners, but still have deeply romantic relationships and not be seen as dirty or unclean, was a powerful thing. Because as much as we may think we have evolved beyond Scarlett Letter sexual politics, there is still stigma both social and internalized, about women who have too much sex.

For all her flaws, the fact that Bo was “virtuous yet lustful, heart both strong and gentle, neither dark nor light, yet both” meant a lot to me as I moved forward into my identity and continue to do so. Especially as a woman of color.

The other thing I really loved about Lost Girl was that it was filled with anti-heroines, not just Bo herself, but also Lauren and Tamsin. Lauren Lewis (one half of Doccubus) was a doctor with a shady past, that we never fully get to know, but also was someone with mixed loyalties. All the drama of a femme fatale, but instead she was a nerdy doctor instead. What I loved about Lauren was that she was always trying to assert herself and be a hero in her own right. While being one of Bo’s love interests, Lauren also had to learn to put herself and her needs forward.

Lauren and Bo were never simple or easy, but I love that it was written that way because of outside factors not because of gender.

Then there was Tamsin, played by Rachel Skarsten of Birds of Prey fame, the dark Valkyrie who came in season three to kick ass and steal girlfriends. Tamsin is a character, I’ll admit, I never loved. She’s like Wynonna from Wynonna Earp, but without the balance. However, what I deeply appreciate about Tamsin was that she, like most of the women, was on a redemption journey to make amends for all of the terrible things she’d done in her previous lives. As one of my favorite podcasts put it, she’s the drunk, aloof Harrison Ford0type, but in female form and that is pretty damn awesome.

All these queer women who are not any defined by archetype, their sexuality or who they sleep with. And all of this was happening in a supernatural drama that eventually went into god-level places. It was refreshing, and as someone who loved supernatural shows and wanted to see parts of myself in those shows, Lost Girl gave it to me. Bo was the bisexual lead of a genre show from the very beginning.

With all the good stuff I lay at Lost Girl‘s feet, they have made some missteps. I will never get over the death of Hale in the series, and if you’ve seen my post about Wynonna Earp‘s killing off of Dolls my feels there are the same as they were with Hale. Also Nadia, justice for Nadia.

Lost Girl meant well, but sometimes they would use race metaphors in a messy way. Then there was “Caged Fae” which left such a bad taste in my mouth because for a show with no trans or non-binary characters, to have a man dresses up as a woman to rape them storyline was just really problematic.

They were noticeable blemishes on a show that I felt really did do it’s best to be as inclusive as possible, but even on progressive shows there are blind spots—it’s just about doing better in the future.

We now have many shows now, like Carmilla, Wynonna Earp, The Bold Type, and Legends of Tomorrow, with leads who are queer women and that is amazing, but Lost Girl was my first and because of that it’ll always be my special love.

It can not be overstated how much I love Lost Girl.  Two years ago I went to NYCC dressed as Bo Dennis (badly) and got my picture taken with Anna Silk (Bo Dennis) and Zoe Palmer (Lauren Lewis). The fact that I missed the cast reuniting at Dragon Con this year breaks my heart because for all the criticisms I have of the show (and boy, howdy I do) it was the first show I watched with a bisexual lead after I came out as bisexual. Bo Dennis and her journey to finding her place in the world was critical to my own personal journey.

Lost Girl‘s line of  “I will live the life I choose” is something that has followed me throughout my life and will continue to, so thank you Lost Girl for helping me be a little less lost.