If Edward Gorey Illustrated Doctor Who 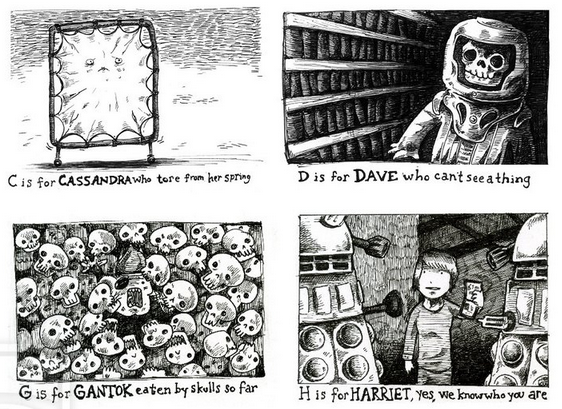 So we’re all familiar with Edward Gorey‘s Gashlycrumb Tinies, yes? Yes. Yes? No? Let me introduce you to Amy. Ok. Back? My favorite one is Neville.

EatToast on Deviant art has prepared similar abecedarian verses for the Doctor Who canon. And yes, some of theme will make you very sad. You’ll just have to go find out which ones.