Ebola Isn't a Danger to U.S., but You Can Still Help | The Mary Sue

Ebola Isn’t Going to Have a U.S. Outbreak, So Take Your Concern and Use It to Help Where It Is a Problem 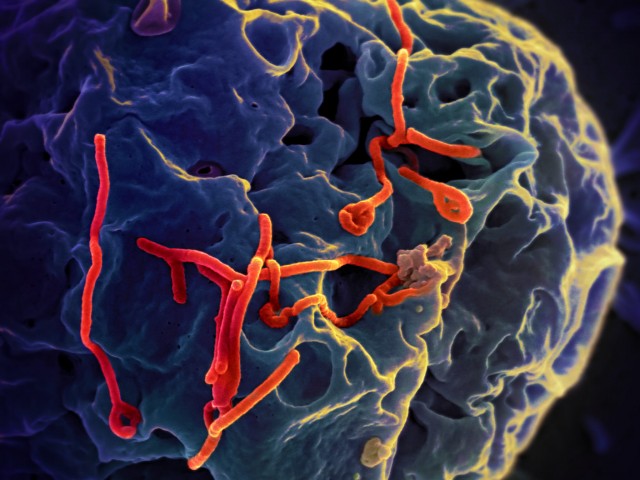 Despite the first United-States-diagnosed case of Ebola, it’s not going to become a problem here, because containment efforts are swift and effective. Ebola isn’t contagious through the air. To catch it, you have to come into contact with contaminated bodily fluids from someone who is sick with the disease, and those fluids then have to find a path into your body. It does become a problem in underdeveloped areas, so if it concerns you, take that concern and use it to help the people who live in places like that.

The person currently being treated in Dallas as the first case of Ebola diagnosed in the United States is just that: the first person to be diagnosed in the U.S. Dr. Rick Sacra, Dr. Kent Brantly, and missionary Nancy Writebol, all of whom contracted Ebola while helping fight the disease in Africa, have also been treated in U.S. hospitals, and the disease hasn’t spread here. All of them survived with quick, comprehensive treatment.

The currently unnamed Dallas patient flew in from Liberia, but no one on the same flight is at risk, because Ebola is only contagious once symptoms are exhibited, and he didn’t exhibit any symptoms before landing in Dallas according to NBC. Since then, the city has launched a quick effort to keep the disease contained by tracking down anyone who may have had contact with the patient, pulling the ambulance that transported him from service, and quarantining the Dallas Fire-Rescue crew that brought him in (though they’ve tested negative for the virus).

It’s certainly possible that there could be more cases as a result, but it will likely be limited to people who had direct contact with the patient and is unlikely to spread any further than that. Hopefully, quick and intense treatment will ensure that there are no fatalities, as there is no guaranteed treatment for Ebola, but U.S. hospitals have done well so far.

Is it impossible for you to catch Ebola if you live in the U.S.? Of course not, but the likelihood of you even being near someone who has the virus is incredibly low. Not only that, but the World Health Organization states that human beings are only contagious once they’ve started exhibiting symptoms, which include vomiting, diarrhea, and bleeding, so you’re probably not going to unknowingly be around someone who’s infected. And again, you’d have to come into direct contact with their bodily fluids and then get traces of those fluids into your body through broken skin or mucous membranes, which is easily avoidable.

As Chinese state media has helpfully pointed out, Ebola is not a zombie plague. Your chance of getting someone else’s bodily fluids in a position to infect you is incredibly low in the developed world. Here’s a Healthcare Triage video explaining the overblown Ebola concern. It’s two weeks old, but panic always spreads much faster than information.

The World Health Organization released an update on the virus’s outbreak in Africa, saying, “The number of patients with Ebola in Guinea, Liberia and Sierra Leone surpassed 6500 with more than 3000 deaths.” While Ebola is dangerous and not a disease that should be allowed to run rampant, the CDC’s 2010 findings on the leading causes of death showed that the flu and pneumonia killed over 53,000 people in the United States.

But Ebola is still a big problem in those African countries right now, and if you find the idea of its spread frightening, imagine how you’d feel if you lived in a place where that fear was based in reality. Then, take that concern and use it to do something positive. Ebola is much easier to contain than airborne diseases, and you can help the efforts to contain this recent outbreak. The U.S. and the United Nations are already mobilizing to help in Africa, but you can still sign a petition to tell world leaders that it’s important to you that they take decisive action on the outbreak.

There are also several charity organizations that are accepting donations to help fight the spread of Ebola: Save the Children, International Rescue Committee, Médecins Sans Frontières, and Samaritan’s Purse to name a few. And by all means, keep spreading Ebola awareness on social media, but instead of spreading fear of it coming after you or other people who are relatively safe, spread some knowledge about where the real problem is and ways to help.