Eavesdropping Rodents Listen To Each Other 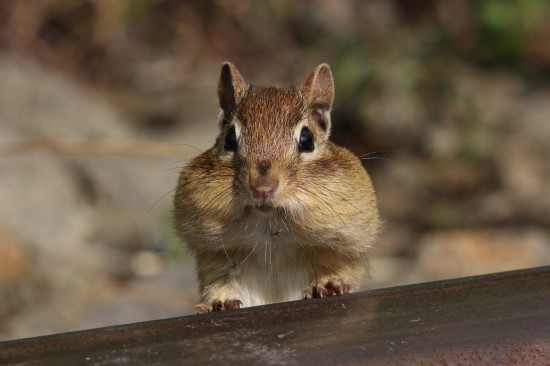 This kind of mutual understanding across species is a surprise for researchers because both species are known to be quite solitary. Within their own species the animals do not even live in family groups, so for lone animals to respond to the calls of another species is of interest. Published in the Journal of Mammology, the research explains that while individuals responding to the alarm calls of their own species is a well-documented phenomenon, interspecies understanding is not seen as often.

According to Aschemeier, the larger size of the woodchuck may be why they do not take chipmunk warnings as seriously. The smaller chipmunks are at a greater risk of predation, and are also inclined to signal more. To follow up on this research, Aschemeier hopes to see if any other species, in particular crows, heed chipmunk or woodchuck alarm calls.