Living in a Dystopian World: One Dystopian Fiction Author’s Take on the Fight Ahead 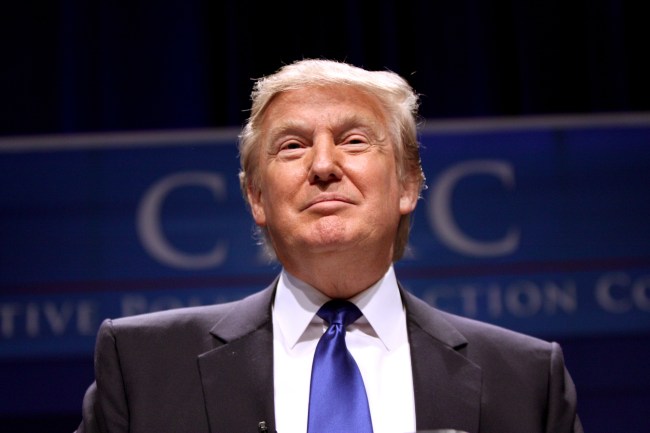 Writers of dystopian fiction do not want to be right.

The whole point of a cautionary tale is to convince people to be cautious. We try to look as far ahead on the road that we’re traveling and imagine what would happen if we took every wrong turn.

I wanted to be wrong, that’s for sure. I was willing to stand the accusations of man-hating, the old feminazi slings and arrows, the projections of paranoia from people who found my work preposterous. Not that long ago, less than a month ago, people scoffed at the gendered apocalypse I wrote and said it could never really happen.

So much can change in the time it takes for a misogynist kleptocrat to claim victory. Writers like me went from kooks to dark prophets in the time it took the Democrats to lose Wisconsin. On the night of the election, I got three text messages that made me view my own novel in a totally new way.

The first text was from my sister, asking if I thought she could get her five-year IUD swapped out for a ten-year model before January.

The second was a group text from a good friend asking if we could all use our insurance to get subsidized doses of the morning after pill to hold for those who will need it and might not be able to get it. That question turned into concrete plans by morning.

The third was from a guy I used to date. He had been drinking (everyone I know was drinking that night; I could not seem to get drunk) but his text was legible with a little help. He said that white people in America were about to find out what Black people in America have always known; that everything we have gained can be taken from us.

What we face now is the possibility of losing what we have gained slowly, laboriously, through bloodshed and suffering. The right to vote was not handed to white women, they were beaten by police and imprisoned just for asking. The vote wasn’t handed to Black Americans, men or women. They fought continuously for a century, through beatings, lynchings, imprisonment, and all manner of indignity in order to get it and keep it and see it enforced. Women died at the hands of unskilled abortionists and in their own homes for the right to choose, which many still lack thanks to rollbacks in battleground states and ludicrous requirements designed to obstruct that right. Trans individuals without number have died and endured terror and torture for want of recognition and protection. Same-sex marriage has not been the law of the land for that long, but we fought for that, too.

We are facing a fight to stop a tolerable world from becoming an intolerable one. We are forming a resistance, and I know the people who texted me that night are far from the only ones. I have seen Planned Parenthood swear their doors will stay open. I’ve seen Mike Pence’s new neighbors hang up their rainbow flags to remind him what he’ll be dealing with. I’ve seen communities arrange self-defense classes for women and nonviolent intervention training for allies.

I wrote a dystopian novel about a woman who offers birth control to women in a world where it makes the difference between life and death.

When Trump was elected, I started stockpiling Plan B and mifepristone, because they might make that difference in the world to come. I hope they all expire because nobody needs them. I hope that the dystopia I know best is always the one I sent out as a warning to the world, as a love letter to the world before, the one that defines what must not be lost.

I do not want to be right.

Meg Elison was a long-time columnist and editor for the award-winning Daily Californian at Berkeley. She published her debut novel and her first work of nonfiction in 2014. She lives in Oakland now, working in fintech marketing in San Francisco. She is married to a bilingual services librarian and took his name for purely aesthetic reasons.