More Dwarf Planets Found In Kuiper Belt, Pluto In Good Company But Still Not A Planet 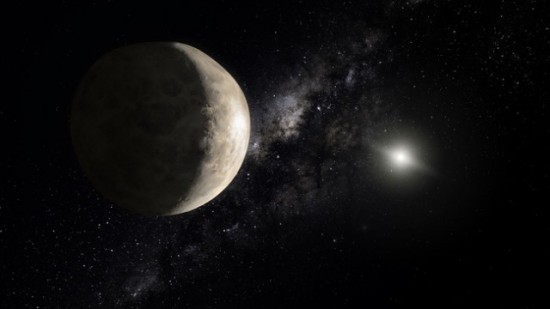 Using the Warsaw Telescope at Chile’s Las Campanas Observatory, researchers found 14 possible objects in space that could be interesting for further study. Of those objects, 11 turned out to just be oversized chunks of debris, but three of them are big enough to meet the definition of a dwarf planet.

According to the International Astronomical Union, two criteria must be met in order to be a dwarf planet. It must have enough mass that its gravity forces it into a spherical shape, and it must orbit the sun. This second criteria is what eliminates several large moons that, while bigger than a dwarf planet, do not orbit the sun.

The new discoveries are barely big enough to be classified as dwarf planets. They are most likely only around 250 miles wide, which is much smaller than Pluto. The fact that these planets are made of ice is likely what helps them pull themselves into a spherical shape.

Now that researchers know what the Kuiper Belt has to offer, they can focus their studies on these specific dwarf planets. Researchers also hope to extend analysis of objects in space to further regions of the solar system.