What Lena Dunham and Amy Schumer Get Wrong About Sexual Assault 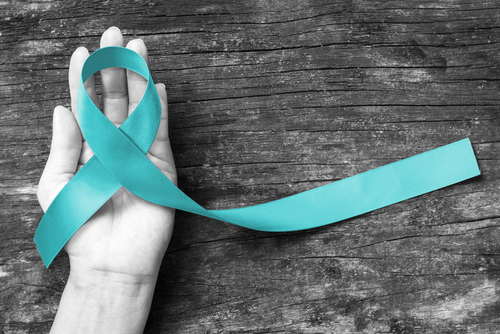 I admire Lena Dunham and Amy Schumer for their points of view on feminism. Dunham’s essays on her struggles with endometriosis and her body-positive crusades on Girls have been inspiring to me as someone who has struggled with eating disorders. Schumer makes me laugh and reminisce about the times I’ve been drunk, sloppy, and overly sexual; because women can be all of those things and still be entirely worthy of respect.

What I don’t know if Schumer and Dunham entirely grasp, judging by their conversation in Lenny, are the breadth and depth of feelings and emotions experienced by those who have struggled with the aftermath of sexual assault, and how vulnerable people can feel years after the assault occurred. To dismiss us as needing to be stronger can dismiss the women who still feel heartbreakingly fragile, and it vastly narrows and undermines Dunham and Schumer’s interpretations of feminism to a solipsistic, privileged lens. To tell us we just need to suck it up is doing a tremendous disservice to the men and women who suffer from very real PTSD due to the violence inflicted upon them. One only need look at the years it took for the courageous women attached to the Bill Cosby case to see that women may wait decades before coming out with their stories.

Rape is personal. Rape is indescribable. Rape is not something to be thrown under the rug to focus on “real problems” as Schumer insensitively notes in the interview. And their ability to hand-wave the actions of Kurt Metzger has me seriously reconsidering giving these two women more of my money and eyeballs towards future projects.

When I was 28 years old, I narrowly escaped being raped by a man I was dating. He thankfully stopped when I demanded, but even though I wasn’t assaulted that night, I still wake up sometimes shaken by what could have happened. There are times when I weep about it in therapy because oh my god I almost got raped. It took me three years to talk about it with anyone. Imagine what it’s like for for those women whose rapists didn’t stop.

It makes me profoundly sad to see women like Schumer and Dunham dismiss that as weakness. They tell us in the interview to be “a f*cking queen.” Well, I’m still a queen, but sometimes this queen needs to be held tightly against the wolves at her door. This queen still needs to curl up in the corners of her bed, haunted by phantom hands and Scotch on a man’s breath. These things don’t make me less than royalty. They make me, and victims of sexual assault, a survivor. And I’d rather have a queen who knows when to give in to her emotions than a queen who pretends.

Basically, Lena and Amy are advocating that we all become the Cool Girl, as Gillian Flynn so brilliantly describes in her novel Gone Girl:

Remember what happens to the Cool Girl in Gone Girl? Amy Dunne snaps because she can’t be the Cool Girl anymore, because being the Cool Girl kind of sucks. I don’t want to snap. I want to be human and alive, and if part of that means I have to cry about the things that have happened to me, then bring on the tears.

It also struck me as playing both sides of the fence when Dunham went on to describe her interactions with Michael B. Jordan and Odell Beckham Jr. at the Met Gala. Dunham projects a metric ton of her own insecurities about her body onto OBJ by the way she discusses how he probably saw her as insignificant based on the level of his sexual attraction to her, and then describes how she tried to “grind on” Michael B. Jordan before leaving the party. Dunham has gone on to say she was joking, but if this were a man making the same joke about, say, trying to grind on Lena Dunham, we would be up in arms about rape apologia and the way we excuse jokes in rape culture. It goes both ways.

While I’ve specifically dealt with Dunham and Schumer’s comments on rape and assault here, I also found Dunham’s racially-tinged comments about Odell Beckham, Jr., and Michael B. Jordan to be highly offensive. For some reason, I thought considering the long, extremely bleak history in our country of black men who have been killed for even looking at a white woman, Dunham would have been more circumspect in her discussion of OBJ. However, given the fact she chose to set her show Girls in a make-believe, all-white version of Brooklyn (with the random appearance by a POC to keep it “diverse”), I don’t know if that’s something that even crossed her mind. The point being: People of color are not here to service us, constantly entertain us, or to immediately find us sexually desirable. It also strikes me as interesting that Lena Dunham has since apologized (if halfheartedly) about the racial projections she made on OBJ, but has issued no apology about the light in which she paints sexual assault victims.

We all deal with our pain differently. Dunham and Schumer might be able to throw on a cape of bravado over theirs. Not everyone is like that. Some can’t be like that. And that is not playing the victim. That’s knowing when to fold, courageously so.