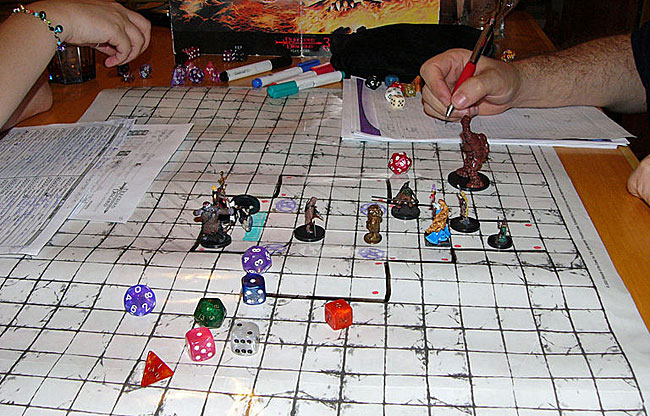 That’s right: a prisoner in Wisconsin who described himself as a “very serious” Dungeons & Dragons player was denied his ability to play the game by a Court of Appeals after a lengthy legal battle with the prison officials who banned him from D&D in 2004. The prisoner, Kevin T. Singer, is currently serving a life sentence for murder.

The ban is less interesting than the reasoning behind it: this being that Dungeons & Dragons “promotes gang-related activity.”

According to Slashdot, the prison’s justification for the ban was as follows: “one player is denoted the Dungeon Master… [who] is tasked with giving directions to other players… [which] mimics the organization of a gang.” Apparently, in 2004 another inmate had contacted prison officials, surmising that “Singer and three other inmates [were] forming a “gang” focused around playing the game.”

Kevin T. Singer filed a lawsuit against officials at Wisconsin’s Waupun prison after a policy was initiated in 2004 to eradicate all Dungeons and Dragons game materials among concerns that playing it promotes gang-related activity.

The 33-year-old Singer is a devoted player of the fantasy role-playing game that involves recruiting others to play as a group. He argued that his First Amendment rights were being violated and demanded that Dungeons and Dragons material confiscated from his cell be returned.

But the 7th U.S. Circuit Court of Appeals ruled Monday that the prison’s policy was reasonable.