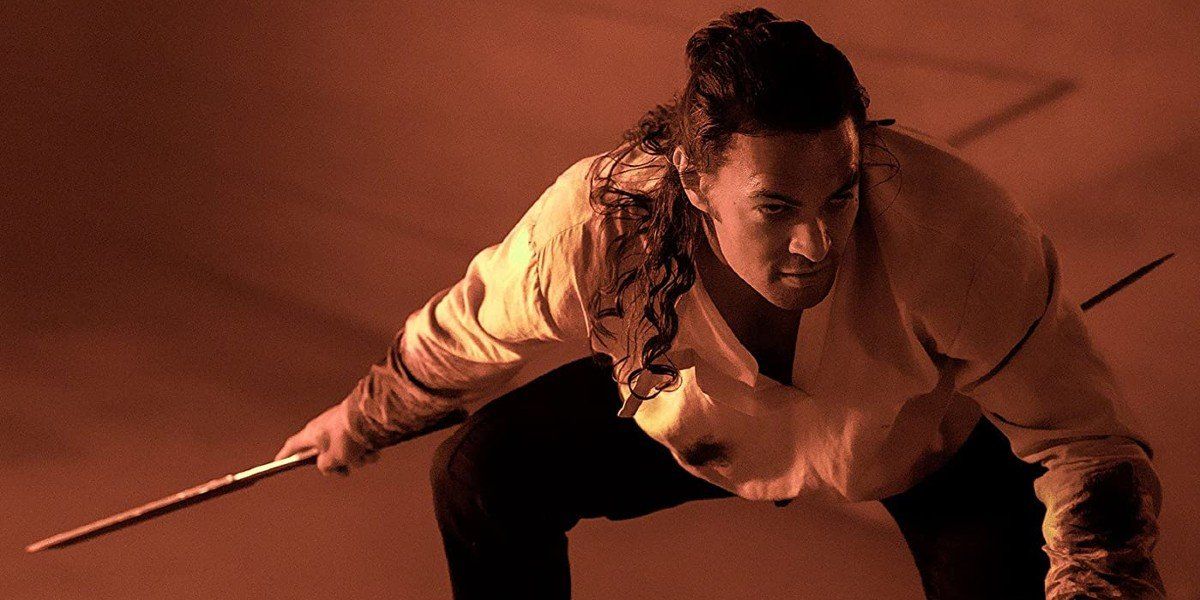 I went into Dune knowing very little. I knew there were sandworms and spice and that Timothée Chalamet was the son of Oscar Isaac, but that’s about it. So color me surprised when the best character in the entire thing was Jason Momoa’s Duncan Idaho. Now, most of the time, Jason Momoa is the best, but that’s just because it’s Jason Momoa. I wasn’t expecting this level of awesomeness, though, and it is absolutely incredible seeing him shine as Idaho.

Momoa’s performance has also made waves on the internet.

Who is Duncan Idaho?

In Dune, Duncan Idaho is a swordmaster and a good friend to Paul Atreides, as well as one of Leto Atreides’ most trusted men. At one point in the movie, Jason Momoa sees Timothée Chalamet, after having been separated, and literally picks him up and spins him around. Like, in what world were we going to come out of seeing Dune and not love the dynamic between Duncan Idaho and Paul?

At one point in Dune, Timothée Chalamet is lifted into the air by Jason Momoa and that’s just important to me pic.twitter.com/sXY6b0ClBI

But sadly, as fans of Dune know *SPOILERS*, Paul’s dream about Duncan became a reality when he sacrificed himself so Paul and Lady Jessica could escape to go and find the Fremen. He fought off the Sardaukar and truly showed his power by killing 19 of them in a bloody battle that let Paul and Jessica leave, but ultimately ended in his death.

Worried about his future after … all that? Don’t be! When I started looking into him, I discovered the cloning aspect of his story, so I’m happy to report that we’ll probably see Jason Momoa as Duncan again in the Denis Villeneuve Dune-iverse, and that’s good for me and the rest of the internet that has clung to him.

Now, Twitter often loves a character and then forgets about them within a few days, but Duncan Idaho seems to have a staying power online. We’re all fascinated by this character and, according to our own Kaila Hale-Stern, that’s something that has existed for fans of the book series, as well. We all just love Duncan and want to talk about him, and can you blame us?

Dune: “People use space drugs to travel through space and gain super powers”

Dune: “Space drugs are only on a dirt planet with giant worms and also the new space messiah”

Me: “okay hold on

Long have I loved Duncan Idaho, and I’m delighted that they got him right.

“But what is Dune if not Duncan Idaho persevering?” pic.twitter.com/tiNWLJJ17s

Where’s my crossover with Duncan Idaho and pic.twitter.com/wmKn4bG8jN

i loved duncan idaho. jason momoa could be named dunkin’ donut and i’d still think he was a bad ass. pic.twitter.com/sMCTxeDDII

jason momoa playing duncan idaho sent me down a rabbit trail where i found out he grew up in iowa. i literally just assumed he was from new zealand this entire time.

my own private duncan idaho pic.twitter.com/g87hs4lOxl