Dumplin’ is a Feel-Good Fairytale About Beauty Pageants, Body Positivity and the Gospel of Dolly Parton 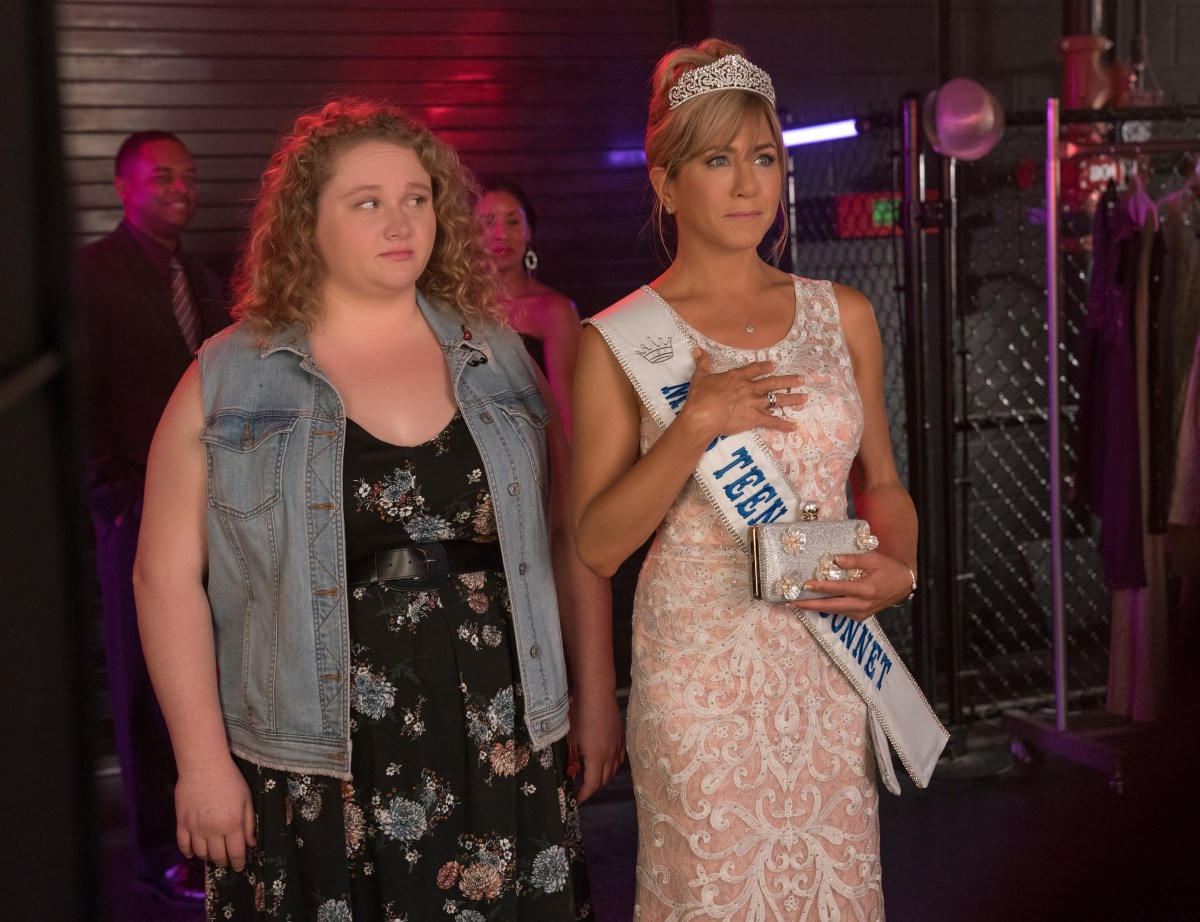 Sometimes you don’t realize how badly you needed to see something until it happens right before your very eyes. When you’re so used to not seeing yourself reflected onscreen, a positive portrayal can feel like a revelation. Watching Dumplin’, a new Netflix comedy starring Danielle MacDonald (Patti Cake$) and Jennifer Aniston felt like just such a watershed moment.

The film, based on the beloved YA novel by Julie Murphy, follows plus-sized teen Willowdean Dickson (MacDonald in a winning performance), who lives with her mom Rosie, a former beauty queen who now runs their tiny Texas town’s Miss Teen Blue Bonnet pageant. With so much of Rosie’s life taken up with pageant work, Willowdean is raised by her beloved Aunt Lucy (Hillary Begley) a plus-sized woman who teaches Willowdean to love herself, and introduces her to the gospel of Dolly Parton.

After Lucy’s sudden death, Willowdean decides to enter the beauty pageant to honor her, much to the chagrin of her obsessed-with-appearances mother. Willowdean’s bravery inspires other unconventional girls to join the pageant, including her pretty best friend Ellen (Odeya Rush), fellow plus-sized girl Millie (Maddie Baillio) and punky Hannah (Bex Taylor-Klaus). With some help from a local group of drag queens acting as fairy godmothers, Willowdean and her friends plan to take the pageant by storm and break the cookie-cutter stereotype of what a Texas pageant girl should be.

Willowdean is a breath of fresh air: a plus-sized character who doesn’t spend the movie hating herself or trying to change her body and lose weight. She is confident, outspoken, and comfortable in her own skin, and her insecurities only rise to the surface when her handsome co-worker Bo (Luke Benward) flirts with her. She’s the kind of teen heroine, with both spunk and vulnerability, that girls have been longing to see onscreen.

There’s a sweetness to the film that may dip into saccharine territory for some viewers, but I didn’t mind the comforting formula of the film. Dumplin’ sidesteps some classic cliches: the beautiful pageant-perfect Bekah (Dove Cameron) is actually a nice girl, and Rosie side-skirts the “mean mom” stereotype as a working class woman who doesn’t know quite how to parent her own daughter.

The film is woven together with the soundtrack of Dolly Parton, whose original song “Girl in the Movies” was just nominated for a Golden Globe. And like the music of the country legend, Dumplin’ tells a heartwarming tale of being true to yourself and, as Parton says, “Find out who you are. And do it on purpose.”

Just one more thing: make sure you have some tissues handy, because this movie is going to make you cry.