Dumbledore apparently aged just as well as Johnny Depp did ... meaning very quickly and all at once. 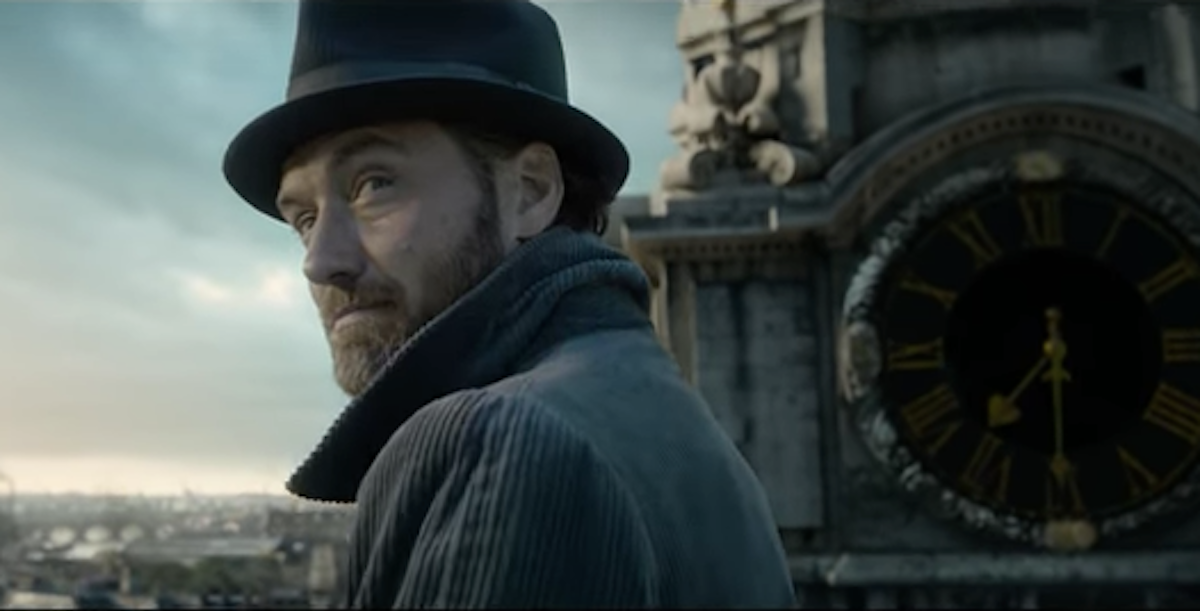 Maybe meeting Johnny Depp has cursed Dumbledore with the same plague that effected Depp and his youth. (Remember when he didn’t age for like 25 years and then suddenly, as if a curse was placed upon him, he aged all at once?) It comes in the form of Albus Dumbledore’s look for Fantastic Beasts: The Crimes of Grindelwald.

One Twitter user found a fault in the Harry Potter stars. If you remember from when Dumbledore had to meet a young Tom Riddle in 1938, he goes to visit the future Dark Lord and is very much Michael Gambon. Meaning that, within the span of 11 years, Dumbledore aged about 45 years.

Sure, when they were making the Harry Potter movies they didn’t know they were going to do prequels about Newt Scamander but still, shouldn’t someone’s job be to make sure the timeline matches up with the movies that are already out there? Or are they just going to explain that Dumbledore had a bit of a rough go of it and so now he has a very full head of gray hair 11 years later?

Maybe they’ll explain it away or maybe they’ll just pretend that look didn’t happen, but there are still three movies in the series and, unless we’re just getting movies gearing up to the rise of Voldemort, they’re going to have to feature the Dumbledore with that bob we know and love from Harry Potter and the Half-Blood Prince.

I personally like the idea that Albus aged into Sir Michael Gambon because of his encounter with Johnny Depp. Just so distraught over the fact that he could have fallen in love with Colin Farrell that he grows a gray bob and laments what could have been until age falls heavily upon his shoulders. (Maybe Dumbledore stares off into the distance as Adele plays, a picture of Percival Graves before him.)