Lin-Manuel Miranda Will Be on Drunk History, Summarizing Alexander Hamilton’s Life, Of Course 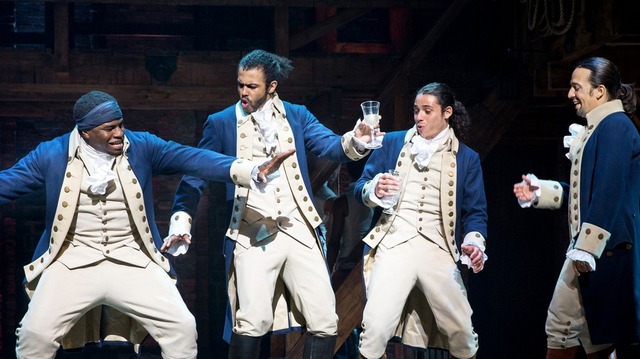 Lin-Manuel Miranda has just been announced as one of the upcoming guests on the fourth season of Drunk History, Derek Waters’ comedy show in which celebrities get sloshed and attempt to recount historical events. Episodes also feature comedians recreating said historical events based on the drunken recounting. I mean, do I need to tell you what the show is? You’ve already seen all of the episodes, right? Because you should really go watch all the episodes, if you haven’t.

Given Lin-Manuel Miranda’s wild success with his musical Hamilton, it’s no big surprise to learn that his episode will detail more details about Alexander Hamilton’s life. It also seems likely that Miranda will break into songs and/or freestyle rapping while inebriated, since he’s submitted drunken rap songs to Comedy Bang Bang before (here’s an example, if you want to hear how charming the guy can be while hammered).

Here’s a weird Easter Egg: did you know that the pilot episode of Drunk History was also about Alexander Hamilton? Back in 2007, Mark Gagliardi appeared on the show and gave a very brief summary of the duel between Hamilton and Burr. Vice has a copy of the 5-minute episode available online; this version really just covers the basics of the duel, though. It makes for a weird watch, now that the story has become such a part of the public consciousness, whereas at the time no one really knew as much about it.

Anyway, I imagine that Miranda’s episode will be completely different, since the structure of the show has gotten more streamlined since the pilot. Also, there’s tons of stories to tell about Hamilton’s life besides just the final duel with Burr. It’ll be fun to see which story Miranda decides to use for the episode, since he has such a wealth of knowledge from which to draw.

(via /Film, image via Tumblr)