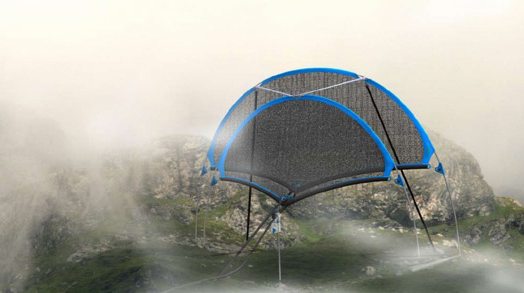 There are plenty of water collection schemes out there that involve desalination, or removing the salt from seawater to make it drinkable. But German industrial designer Imke Hoehler‘s Dropnet takes a different tack: it pulls drops of moisture out of the fog and collects it in water tanks.

According to Designboom, “if a number of collectors are installed together and connected to pipelines, they have the capacity to supply a small village with enough drinking water.”

“DropNet is constructed to be built up on flat as well as on uneven ground – with or without hillside situations.

Locations suited for fog collectors are especially arid, costal areas with altitudes between 400 and 1200 m, that show a lot of fog accumulation.

Such conditions are not seldom and can be found in many places of the world, so for example in Chile, Peru, Haiti, South Africa, Eritrea, Nepal, Spain or Portugal.” 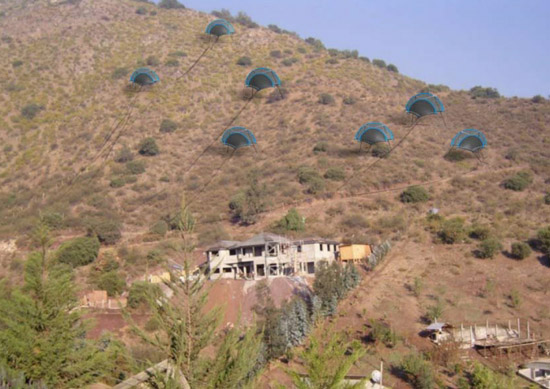 The Dropnet is also highly portable, and can be rolled up, sleeping bag-like, into a plastic case for carriage from village to village. 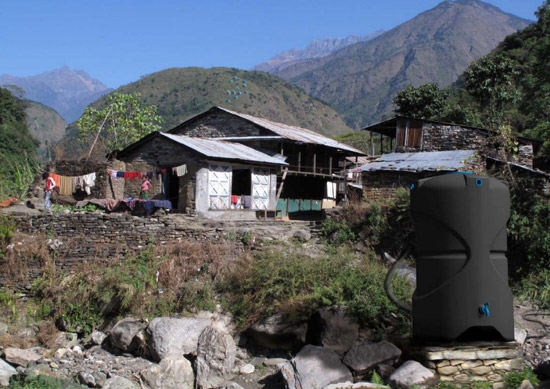 Imke Hoehler’s webpage has more photos of the Dropnet and further explains how it works.