"The guy who dresses up like The Crow is going to give you a lesson in film finance."

Adi Shankar’s been in the public eye a bit more than usual thanks to the Power/Rangers fan film he produced, but he’s got a lot of awesome genre cred going for him in other places—including as a producer for Dredd, AKA The One Where Karl Urban Makes a Grumpy Cat Face For 90 Minutes. So why hasn’t this legitimately good film gotten a sequel greenlit? Because of France. DAMN YOU, FRANCE.

Well okay, it’s more complicated than just being mad at France; it actually has to do with the way that independently-financed films are pre-ordered and distributed across International territories. If they don’t make money there, Shankar explains, there’s no sequel to be had—that is, unless, they can come up with a new gimmick to sell to distributors.

“Maybe we pair Karl Urban with another movie star who boosts the value of the film,” he concludes the video with. Maybe we get The Rock in and fucking save the franchise, because The Rock fucking saves everybody’s franchise.”

Oh man, can you even imagine how great that would be? Well you don’t have to because you’re welcome: 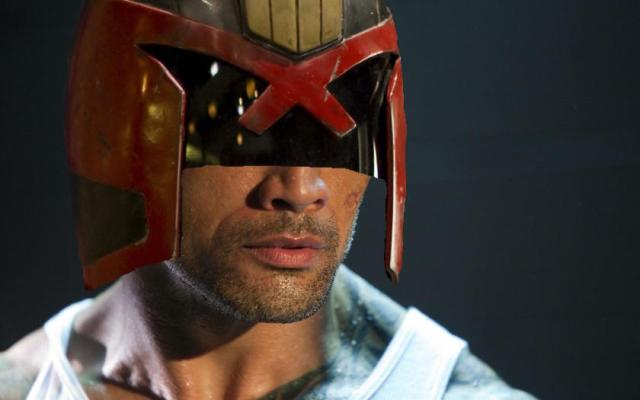