Dredd Is Coming Back, Just Not As a Movie This Time 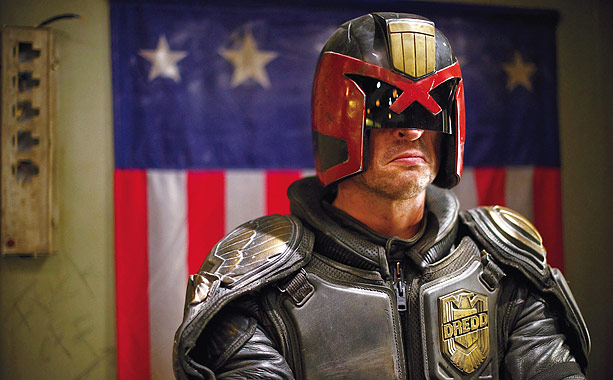 Diehard fans started clamoring for a sequel to 2012’s Dredd as soon as it brought Grumpy Cat Karl Urban into our lives. And for good reason, too—it was a solid, entertaining actioner that earned points in my book for doing something the vast majority of Hollywood movies don’t: avoiding a romance subplot. No time for smooches! Dredd and Anderson have shit to save!

Though the film bombed theatrically, earning only $35.6 million worldwide, it did do extremely well on home video and Netflix, which only fanned the “Hey, give us a sequel!” flames. And executive producer Adi Shankar is. Well. Sort of. We don’t know if it’s a sequel. We do know that it’s not a movie. But hey, it’s something. Via The Wrap:

Shankar has spent the last two years creating a top-secret “Dredd” miniseries centering on the Dark Judges to thank the loyal fans who passionately supported the feature.

Shankar told TheWrap that the project will be released online later this month — and the best part — it will be free.

Guys. It’s the f word. The miniseries will come out in seven parts, and since it was done without any official involvement from… well, any official studio, it’s being deemed part of Shankar’s “Bootleg Universe,” which also features the Punisher short film Dirty Laundry and Truth in Journalism, with True Blood‘s Ryan Kwanten as Venom. We don’t know where the Dredd miniseries will exist in the 2012 Dredd universe, or whether Urban or Olivia Thirlby will be in it. The Punisher (2004) star Thomas Jane was in Dirty Laundry, so it’s certainly possible.

Here are the previous two Bootleg Universe shorts, for your viewing pleasure: