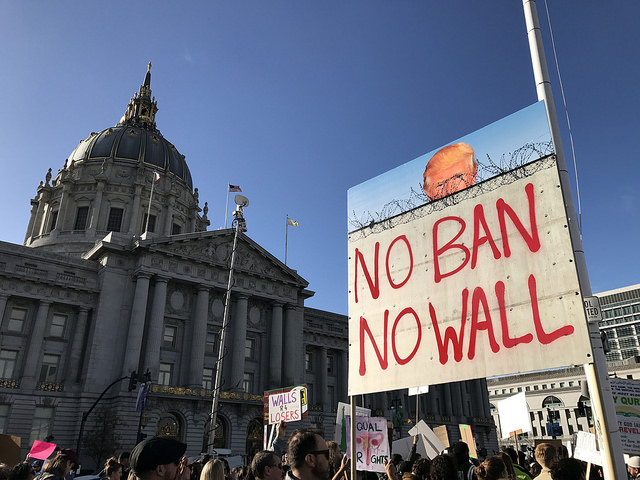 Donald Trump had previously stated that “DREAMers,” who are in the country under legal frameworks despite not being citizens, shouldn’t worry, but we’ve all learned by now that words no longer mean anything—except for Trump’s xenophobia-stoking words, which have meant quite a lot of real-world harm. Recently, that’s resulted in the deportation of a 23-year-old protected under DACA (Deferred Action for Childhood Arrivals), and you can tell a lot about the incident just by who’s celebrating it.

Juan Manuel Montes, who has lived in the United States since he was 9 years old, was approached by a U.S. Customs and Border Protection agent while waiting for a ride and eventually deported due to not having his ID or proof of DACA status on him, reports USA Today. It’s worth noting that’s a pile of hot garbage no matter who the president is, because I’ve certainly forgotten my wallet in the past and would be otherwise unable to prove that I’m a legal resident of the United States, and I’ve never been questioned by anyone, let alone deported. (Spoiler: It’s because I’m white, and racism is, despite what some people want to tell you, very real.)

Montes, staying with relatives in Mexico, told USA Today, “I thought that if I kept my nose clean nothing would happen,” which is a reasonable expectation since the DACA policy—started by President Obama’s administration and still in place today—created a framework to prevent deportation of those holding DACA status if they hadn’t committed crimes. Immigration practices were far from perfect under President Obama, but there’s a big difference between that and an administration that openly and purposefully—he ran a campaign on it, for crying out loud—emboldens extreme, callous measures by immigration authorities.

And of course, at least one U.S. House Representative is excited about this new development: Iowa’s Steve “Other-People’s-Babies” King. King tweeted a kind of “cheers” at CBP, even going so far as to mock Montes’ protected status despite not being a perfect human being because, as we all know, the GOP sure does love any and all top 1%.

He even included a link to USA Today’s article, which is an astounding feat of assbaggery in reading that article and taking pride in being not just indifferent but happy about its contents. If there’s any solace we can take when such an openly awful person is a member of the United States House of Representatives, it’s the people replying to the tweet with roasting and planning to boycott his donors:

@SteveKingIA You claim to praise Jesus but two days after posting this you gloat about uprooting an innocent young man from his home. Gross. pic.twitter.com/d9RQP9OlvX

If the results of yesterday’s election in Georgia are any indication (and they might be, if opinion of the Trump administration continues down the current path), we could very well pry King and a number of his heartless cohorts off of our democracy in the near future.