Dr. Horrible Sequel May Be Horrible … We Mean, a Feature Film 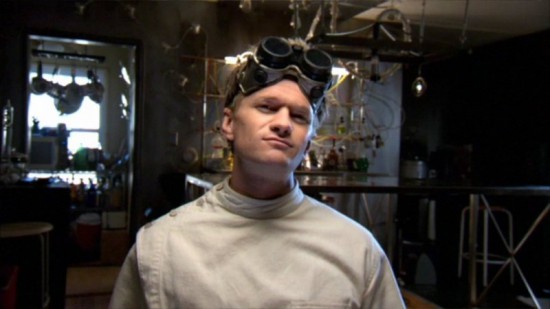 MTV‘s Splash Page blog has an exclusive clip of Neil Patrick Harris talking about the putative sequel to Dr. Horrible’s Sing-Along Blog.  According to Harris, not only is pretty much everyone involved in the first movie interested in doing a sequel: they’re seriously considering making it as a feature film.

“That’s their plan,” he reiterated when asked whether a feature-film was indeed the preferred format for the sequel. “I don’t know of what scale. They’re talking all options, because they made the first ‘Dr. Horrible’ in five days on no budget at all — that was its intention.

“You don’t want to necessarily make the feature film be an $80 million giant movie, because it defeats the purpose of what the first film was made to be,” he explained. “Then again, you don’t want it to be so low-brow that it’s not worth paying money to see as a movie.”

Dr. Horrible’s Sing-Along Blog made its internet debut in the midst of the 2008 writer’s strike, created by Joss Whedon and co. as a way to keep busy.  The short movie ran for free on the internet, but eventually made enough money through DVD sales to pay its crew and bills.  We’d like to think that it still would have been a phenomenon even if there had been anything interesting on television at the time.  (Other than this.)   We look forward to anything that involves more Neil Patrick Harris singing.