With Dorothy & Alice, Netflix Is Making Crossover Fanfics Into Movies

So Get Yours Ready 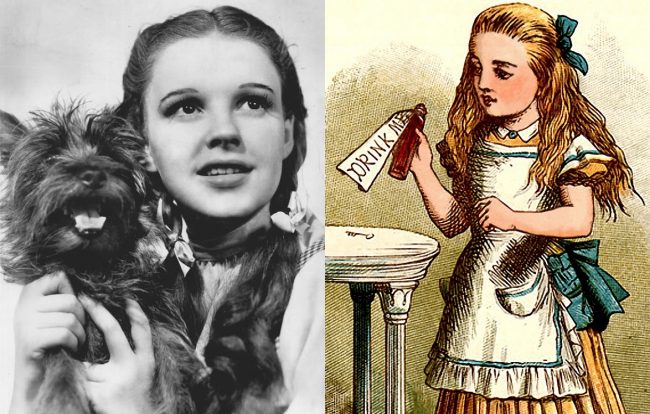 In the latest fanfiction crossover fic made (potential) Hollywood reality, Netflix has picked up a spec script in which Dorothy Gale from The Wizard of Oz  and Alice from Alice in Wonderland team up to save the world(s).

“Haunted by nightmares of Oz’s impending destruction,” the summary reads, “Dorothy Gale finds herself in a home for others like her with troubling, vivid dreams. While she is there, she meets a mysterious girl, Alice – who involves her in a perilous quest to not only save the worlds of imagination — those which we come to realize are real and not just dreams — but the world as we know it.”

The script was written, fittingly, by an English teacher from Santa Monica named Justin Merz. He previously worked on Disney’s live-action movie about Snow White’s sister, Rose Red, so he’s no stranger to adaptations of old stories. According to Deadline, multiple studios were bidding on the project, including “a number of producers who were after it for its franchise potential.”

Given how studios tend to treat the properties they view as “franchise potential,” (see: Sony and The Amazing Spider-Man 2) that could be a red flag for how this’ll eventually turn out. But as written, it sounds like a fun enough premise. I’m totally down for a film where two literary heroines take on sexist, infantilizing medical institutions and save fantastical worlds. (Can we please not erase people of color from it, though? For once, Netflix?)

However, the most exciting thing about this premise is what it means for Hollywood’s next bidding war. Which public domain Fanfiction.net or AO3 masterpiece should be up next? How can we mash together all our favorite public domain myths, literature, and history to make an epic script? Mastermind away, readers!

(Via SYFY Wire and Deadline; images via Wikimedia, including NBC Television’s publicity photo for an airing of MGM’s The Wizard of Oz, and Justin Tenniel’s illustrations for the 1865 edition of Alice’s Adventures in Wonderland)