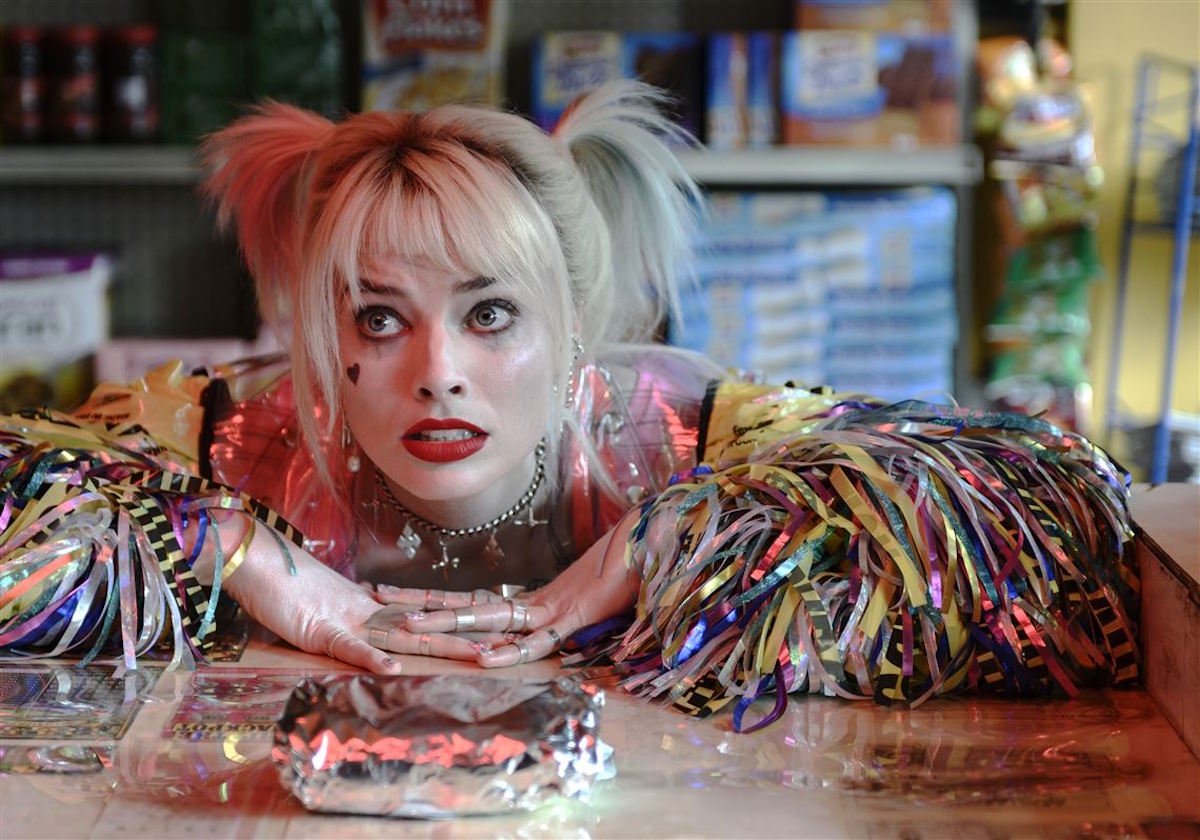 Imagine telling director Cathy Yan what was (or wasn’t) supposed to be in Birds of Prey. That is, essentially, what happened this weekend when Beyond the Trailer‘s Grace Randolph posted about a storyline that she says was originally part of Birds of Prey. In this alleged storyline, really bad guy Roman Sionis (Ewan McGregor) has a statue of himself as The Statue of David, but he thinks his dick is too small. Many people in conversation with Randolph (and Randolph herself) were referring to the statue as a “dick pic” and thus taking issue with it. More on that later.

Then Birds of Prey director Cathy Yan and Grace Randolph had it out on Twitter because of the lies circulating about reshoots. This began when Randolph claimed that the reshoots for Birds of Prey were due to the statue “dick pic” storyline that Yan insists never existed.

I’m surprised Yan would jump on this bandwagon though – #BirdsOfPrey very well reviewed by critics & has a very strong fan base that vehemently defends film as is #DCEU https://t.co/I3Y5QSXGYv

And you find out that throughout this entire thread the “dick pic” in question was a statue? So, even if this storyline aside had been true, it wouldn’t constitute a “dick pic,” because it is about a literal piece of art. But Yan insists nothing of the sort was in the film, nor reshot to remove. The whole “debate” kicked off this weekend because director David Ayer shared a tweet talking about a reshoot in Suicide Squad, saying “This was reshot because the tone was ‘too dark'” and Cathy Yan quote-tweeted it with the comment “I’m so sorry this happened to you, David. I know the pain.”

Grace Randolph—who has a popular YouTube movie channel—ran with Yan’s comment, asserting that Yan was referencing the “dick pic” storyline that was apparently very well-known on the internet. As someone who was extremely attuned to Birds of Prey news, I hadn’t heard anything about it, but that is neither here nor there. The fact that Yan, who directed the film, responded to Randolph should have ended the conversation, right?

Excuse me, you have no idea what you’re talking about. It’s fascinating you would deem to try when you weren’t part of the process whatsoever.

Wrong. Randolph, instead of backing down, decided to throw a bunch of nonsensical statements at Yan, including that she gave Birds of Prey a good review, as though this would mitigate her telling the director of a movie that she, Grace Randolph, knew more about said movie.

No reporter is ever part of the process – they’re different jobs.

Everything I reported is common knowledge w/ many insiders, I brought it to the public.

I gave your film a good review, and I said here you have a strong fan base.

So logically, there should be no problem here.

I take issue with the last part in particular. Waving a good review around, especially in the face of the director, for attention and to assert that one can now make any claims they like, essentially delegitimizes said reviewer. Birds of Prey should have gotten a good review because it is a good movie and that’s that. A good review is not carte blanche to spread misinformation.

Cathy Yan did not need to continue to prove to Randolph that this naked statue storyline (still not sure how this constitutes a “dick pick”) was never was part of the movie, but she did. She tweeted further about the fact that Randolph’s so-called “scoop” had led to a rumor that pedophilia was part of the movie.

But then Randolph continued to double down, pointing out that Yan used to be a reporter and should realize the optics?

MULTIPLE reporters confirmed that story after I reported it, said it was great & should be kept in film & didn’t like it taken out.

The storyline was that you could see Roman’s dick on the statue in the picture in the diamond – and he was upset it looked “small” so that’s why he was so fixated on getting it back.

A picture of a statue’s dick, especially i this context, is a dick pic.#BirdsOfPrey #DCEU https://t.co/kre4DoxEli

Because Randolph would not stop bringing it up to try and point out that she was right, Yan continued to speak out and defend her film. Which, look, she didn’t have to do this. None of this should have happened in the first place, but Randolph fought and fought and fought—no doubt loving the attention gleaned—until Cathy Yan finally had enough.

This is not true. There has never been any discussion around the size of Roman’s dick. I can’t believe I even have to write that! The original script called for an image of Roman as Michelangelo’s David. You know? Art? If that’s a dick pic then the Louvre is full of them.

Meanwhile articles like the below are written off of your “scoops.” Congratulations on being the scum of journalism. https://t.co/RjjIjvtbhy

Randolph clashed with the director of a movie and refused to back down and listen to said director when told that she was wrong. I can’t even imagine Yan’s upset and her anger, especially when Randolph’s “reporting” made people assume that Birds of Prey touched on topics it does not.

It’s already hard in the world for a movie like Birds of Prey to have happened in Hollywood. It’s a miracle that it came to be at all, with its dazzling female cast, unapologetic and delightful tone, and two women of color leading the way—Cathy Yan as director and Christina Hodson as the screenwriter. It deserves better than manufactured controversy the director herself is saying is false. Why Randolph has chosen this bizarre issue as a hill to die on puts her in a very unflattering spotlight.

If any of the people that follow me are hypocritically attacking @CathyYan and tone policing her for rightfully standing up for herself and her art, unfollow me.
We are not your model minority. We are not the submissive stereotype YOU project on us. pic.twitter.com/x8YqEm8ESg

The lesson here is simple: Don’t fight a director on a “scoop” you had that was wrong. I personally would like to thank Cathy Yan for Birds of Prey for a multitude of reasons—especially for creating the scene that gave us this gif and my current mood.