Don’t Click This Unless You Want to Know What People Thought of Star Wars: The Rise of Skywalker 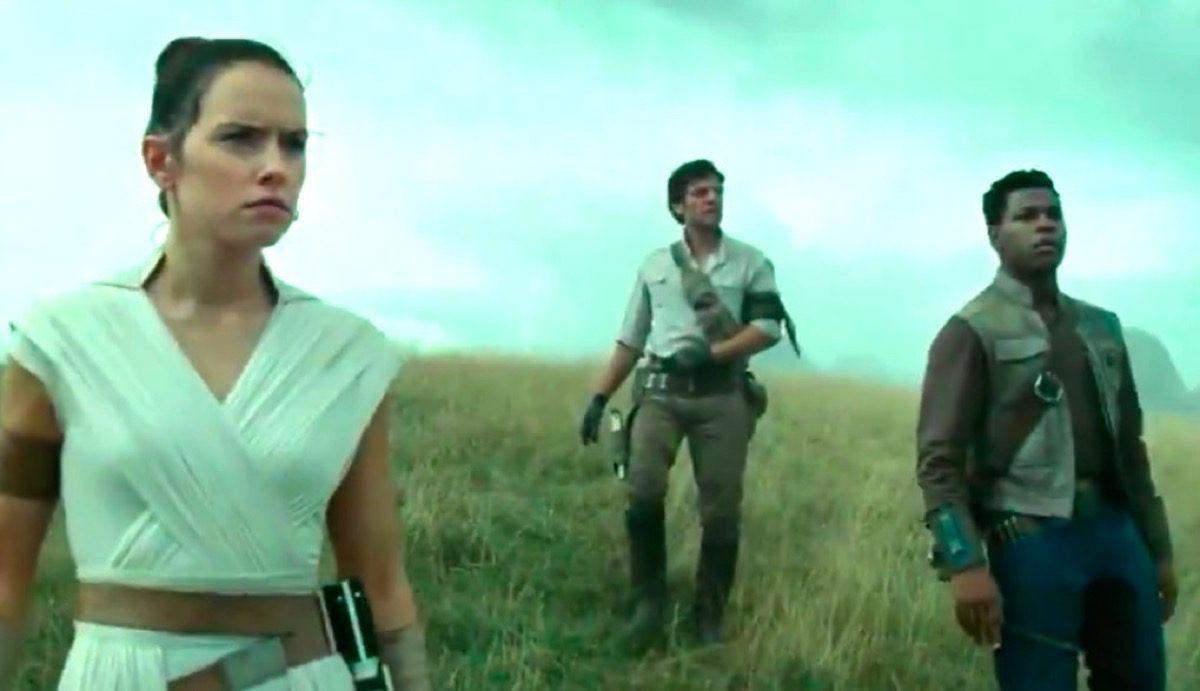 **No outright plot spoilers, but you might just rather not know, considering the discourse around this movie.**

That’s it! Members of the press have seen Star Wars: The Rise of Skywalker, and they have Opinions—ones you might not want to know if you’d rather just see it for yourself, but for those of us who prefer to torture ourselves, it’s time to dive in. Full reviews are still forthcoming, including our own, so for now, let’s subsist on piecing together vague tidbits!

Let’s get to how the film deals with its predecessor, The Last Jedi, right off the bat, since that has been a massive point of contention and the source of a lot of discussion after recent interviews with the director and cast. Here’s what a few people had to say on the subject:

I’ve seen #StarWarsTheRiseofSkywalker. It’s… a lot. There’s a lot I like and some I loved but overall my feelings are pretty mixed. It felt like an apology for The Last Jedi in some ways and a sequel to The Force Awakens in many, which I found frustrating. pic.twitter.com/6m8sOQWhTx

I can’t say I’m too surprised, considering that Last Jedi itself already felt like a bit of a rebuke of The Force Awakens’ nostalgia farming. With J.J. Abrams back at the helm, I’d expect this film to feel like it responds in some way, although it’s hard to say, without seeing the movie, whether that reads as a natural, thoughtful progression that serves to make the story better or just as defensiveness and backtracking.

Well, not everyone felt that the “conversation” between the two movies necessarily put them at odds!

The Last Jedi and #TheRiseOfSkywalker work together perfectly, just like: pic.twitter.com/42gViGNQJz

Although, then, there’s the opposite opinion …

No matter how you feel about the individual movies, the new @StarWars trilogy that concludes with #TheRiseOfSkywalker is the WEIRDEST trilogy of films I’ve seen in my lifetime. None of them fit, and they all seem to actively dislike each other. Truly, head-scratchingly bizarre. pic.twitter.com/irq6gfkRxe

For those who really loved The Force Awakens, though, it’s probably good news that this feels like a sequel to that film.

Of course, what you want out of a Star Wars film seems to really be driving the difference in current opinions, with the same aspects of the movie—like fan service—being labeled either positive or negative in some cases:

But most of all, it’s a fitting ending for this incredible, 40+ year-long saga. pic.twitter.com/pd2GEwI7O3

There is good in Star Wars: The Rise Of Skywalker. But there is more that is disappointing. There are a number of choices that just don’t track, fan service that doesn’t work, and ignored details that are missed. I’m bummed. #StarWarsRiseofSkywalker pic.twitter.com/Ztk0VzGc6H

There’s been plenty of outright effusive praise, though:

I realized within the first 20 mins of #StarWars #TheRiseofSkywalker that it was the best film in this trilogy, and it kept getting better right through to the end. THANK YOU!!! #Maytheforcebewithyou

#StarWars #TheRiseOfSkwalker reaction: One word: EPIC! A satisfying crowd pleasing adventure, and a fitting end to the saga! My favorite of the three! Can’t wait to see it again!

No spoilers – I cried – and #TheRiseOfSkwalker has the best no-sex love scene I’ve seen in a long while. 🔥

#StarWars #TheRiseOfSkywalker…OH MY GOD! I am absolutely blown away! I’ve never been so satisfied by a film. This is the end of an era and a franchise that has defined my life and this did it justice in a way I didn’t imagine it could. You WILL cry…. pic.twitter.com/Jfx5bzdZOO

Of course, talk of a love scene has me thinking (and worried) about two characters in particular, whose storyline the movie apparently delivers on:

The seams from Disney’s ‘Star Wars’ director changes, rushed production schedules, etc., are still present in #RiseofSkywalker, but most fun, gorgeous, rewarding of the films.

Not sure Palpatine/Empire needed 3rd trilogy, but what matters is conclusion of Kylo-Rey: it delivers. pic.twitter.com/gv9MlRaZOE

But I’m just going to tell myself that there are tons of other things those two pieces of information could mean … because there are (the story is basically about Kylo vs. Rey at this point, so it should deliver on that), and I’d really rather things go any other direction.

#TheRiseOfSkywalker is ummmmmm a lot! tons to love here, no shortage of crowd pleasing moments and twists and cameos, but also quite a bit to 🤔. some faves: jannah 💜, d-0 💚, finn of course 🖤. and what a lovely send off for our general leia 💕🚀💫

Hopefully doing justice to Leia will be the one thing we can agree on.