North Americans: Don't Set Your Clocks Back This Weekend | The Mary Sue

Dear North Americans: Don’t Set Your Clocks Back This Weekend

Well, you can, but you'll just be really confused for a week. 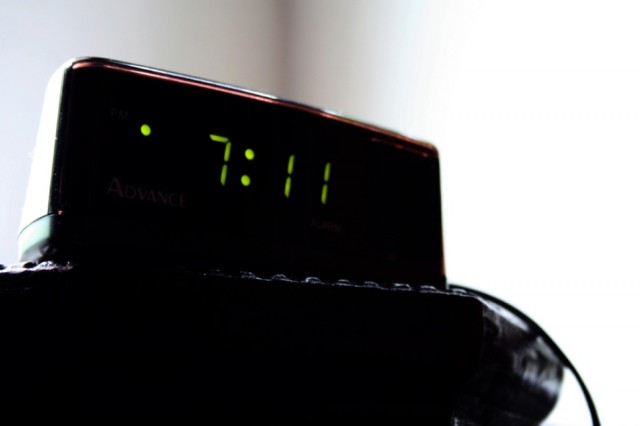 Even though we’ve been living this way for the past 6 years, it seems some people are confused about when Daylight Saving Time starts in North America. See, it’s different, depending on what side of the Pond you live on – so ignore your British friends, and remember: we don’t set our clocks back until next weekend.

We know it’s a bit wonky, but in 2007, the US (and Canada, shortly thereafter) decided that we should “fall back” the first Sunday in November, instead of the traditional last Sunday in October. The EU, on the other hand, decided things were fine the way they were, thank you very much, and still changes clocks this weekend. With the internet, that can make things a touch confusing – especially when North Americans start retweeting “helpful” messages from the Brits, like:

Dont forget turn back your clocks this weekend gang. #daylightsavingsthisweekend

13 reasons why the clocks going back us so absolutely awesome http://t.co/wxwnjrZLNC

No need to hit the snooze button tomorrow; remember the clocks go back an hour! #ExtraHourInBed pic.twitter.com/Fc35LBa40h

ATTENTION HUFFPOST READERS, DO NOT FORGET… clocks go back tomorrow and you get an extra hour in bed http://t.co/2UQ6oEsCax

So ignore your international friends, don’t touch your clocks, and despair over the fact that you won’t get an extra hour of sleep after your epic Hallowe’en party this weekend!