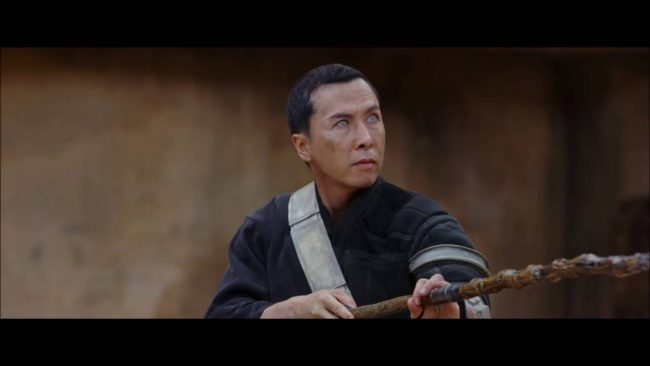 Rogue One and the other recent Star Wars projects have pulled ahead of the Hollywood pack by putting several Asian actors in key roles, including Donnie Yen’s upcoming role in Rogue One. Yen is most famous for his work in martial arts movies, but he’s hopeful that his role in Star Wars will have further appeal beyond just that.

In an interview with Variety, he went over his long history of appearing in action-focused movies and martial arts movies, and how the genre has changed since he was in his early 20s: “Thirty years ago, when I was starting, martial-arts movies were just about martial arts. Now these films are thought of as just good movies that have martial arts as a commercial element. It’s no different than other movies; it has to be a good film, first.”

Initially, Donnie Yen wasn’t even sure he wanted to appear in Star Wars; ultimately, though, his kids’ excitement about Star Wars convinced him to take on the role. However, he explains, his role in Star Wars goes beyond just a martial arts action hero cliche: “When I asked [director Gareth Edwards] why he wanted me for the role, he told me he’d studied my films and I had the persona he wanted, that he had the perfect role for me. The focus isn’t on my martial-arts ability, but my ability as an actor. But there are still scenes to satisfy the martial-arts fans.”

And, of course, he’s not just any Star Wars character–he’s gonna have the Force. He went on to emphasize the importance of that type of role for Asian actors: “I play one of the characters who is connected with the Force. He’s not a Jedi. His line is, ‘I AM the Force.’ Obviously, it’s a big deal, being the first Chinese actor asked to play a prominent role in a Star Wars film. That means a lot.”

Yen has previously referred to his role as “important” within the context of the story, too, which is great to hear. It’ll be great to see him bring his dual talents to the world of Star Wars–both martial arts and the art of acting.