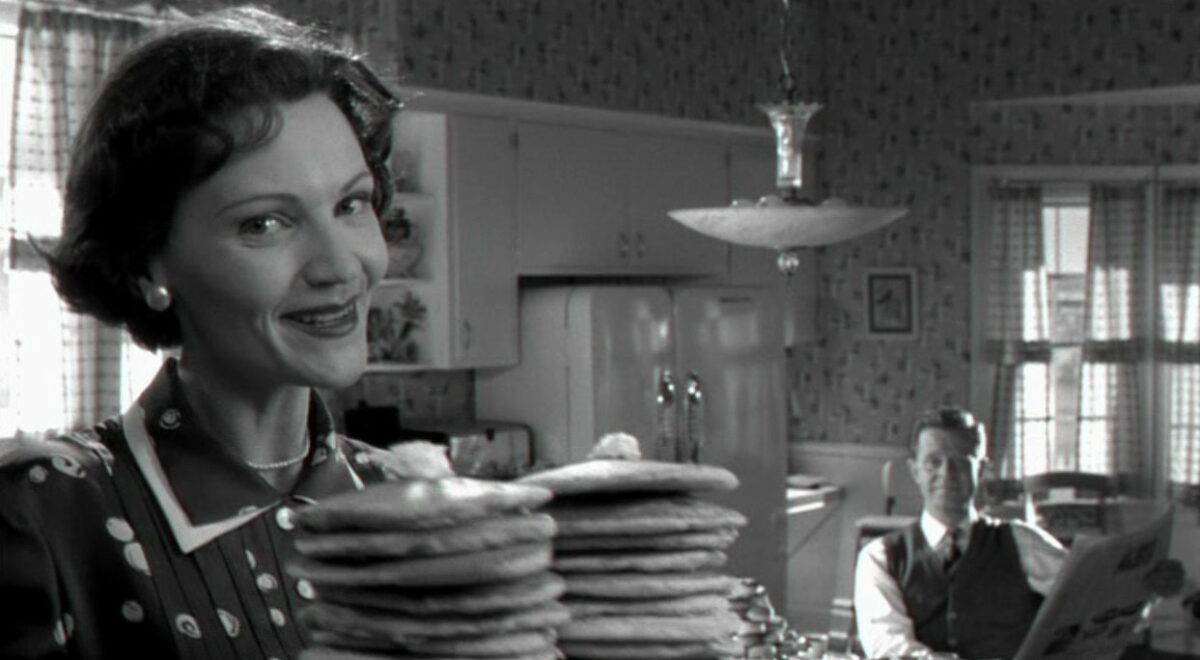 Today, Donald Trump tweeted a message to what he calls “the Suburban Housewives of America.” He attached a bogus New York Post article about redlining to the tweet, warning women that “Biden will destroy your neighborhood and your American Dream. I will preserve it, and make it even better!”

This is not the first time Trump has alluded to his fondness for the June Cleaver-style 1950s housewife ideal. He has previously demanded that women reporters behave like Donna Reed, and his slogan Make America Great Again refers to the imagined halcyon days of the boomer generation (which only applies to straight white cis Christian males, of course).

But that ethos is directly at odds with the world we live in today (and was frankly only a reality for an elite few at the time). And this new generation of voters have never even heard of Leave It to Beaver. Not to mention that most American families cannot subsist on a single income, and the majority of moms are working in addition to raising their children and managing their home.

Many on social media called out Trump’s antiquated ideas of America, which are both offensive and wildly out of touch:

Housewives is his own words but the attached article gives away the game — specifically says the threat to the suburbs is “low income minorities” https://t.co/jSEnEd6iu4

Besides, most women have to work AND work to raise their children. This isn’t the 1950s.

The fact that he thinks women who live in the suburbs are automatically housewives says it all. https://t.co/QkSdoP0N7A

Dear @realDonaldTrump: We live in the suburbs & have no idea what you are talking about. Suburbs would be safer under @JoeBiden. All the chaos Americans are seeing is under your watch & inflamed by you.

Also, my wife is an attorney. Do you view all suburban women as Housewives? https://t.co/UkYQTnvHXJ

Housewives? You mean organizers of the biggest single-day US protest? The people putting themselves on the frontlines against your abhorrent policies? You mean us, members of @MomsDemand, @WallofMoms? We don’t need to read anymore words. We’ve seen enough. And we’ll see you out. https://t.co/BEjV9OVxPh

trump uses words like housewife and all the associated terminology of women doing domestic things while men do business because that is how he sees the world. trump thinks the world is like it was in ads like this -> pic.twitter.com/GKieuJ9sKs

I’m a mom of 3 children.
I live in the suburbs.
I work full time.
I bust my ass for my kids.
If you call me a “suburban housewife” I will knee you in the fucking groin.

Raise your hand if you are a woman living in the suburbs and you are voting for @JoeBiden.

This article urges suburban “women” to reconsider their opposition to Trump. The president chose the word “housewives.” pic.twitter.com/Ryu6w09JFT

This is what you do to suburban housewives.

The president of United States thinks of women as housewives which I guess is better than his other comments about women. https://t.co/diOUHwZ9Vu