I, I who want nothing -Donald Trump 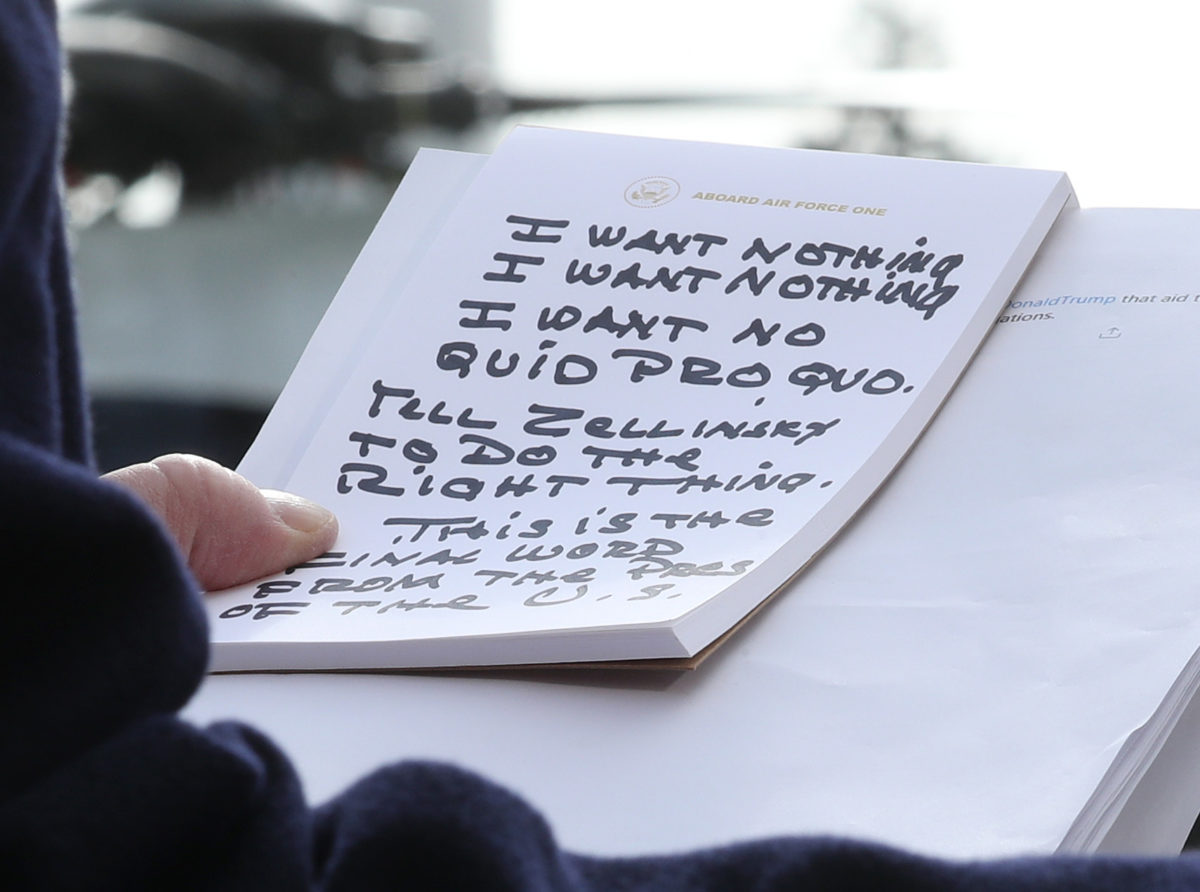 Dear lord, I can barely keep up with all the ridiculous things Donald Trump does, but this one may take the cake. In a press conference before Trump headed to Austin, Texas, he carried notes on what to say and they look like something the Zodiac Killer would have definitely sent to the newspaper. Written in a sharpie with the handwriting of a child, the president gave himself some key points, like telling everyone “I want nothing” twice (written out twice, instead of just … memorizing that or writing “I want nothing x2”) and then saying that this weird speech was “the final word.”

Sure, this kind of nonsense phrasing has become common under the Trump administration, but what’s even more baffling about this situation is that the president literally wrote this out on a notepad, and it’s the size of Regina George’s handwriting in the Burn Book from Mean Girls.

To make us all feel better about the pure insanity of this situation, everyone started to mock the letter on Twitter:

Trump aide: Tell them you want nothing.

Trump: I want something?

Trump: Wait, what should I say?

Trump: I want … what again?

Aide: Never mind, I’ll write it down for you … Sir. pic.twitter.com/hfOjQuWKEY

I WANT NOTHING except death to the patriarchy, a pack of trained attack wolves, three baby owls, and pockets in every dress.

can’t believe he started his set with “i want nothing” back to back https://t.co/aV9QQca9gs

Really a poster child for improving mental health funding in this country.

In the movie version, Trump is escorted from the courtroom in handcuffs, muttering I WANT NOTHING I WANT NOTHING as camera fades. https://t.co/e7G0TScxHx

boys and girls, i believe we are in the home stretch. #IWantNothing pic.twitter.com/GGpsNgTEYu

One for the history books. (📷 Mark Wilson/Getty Images) pic.twitter.com/unhsYwznA8

Look, does this confirm that Donald Trump is a serial killer? No, but it sure does make me think that he has written at least 3 ransom notes in his time. Also, does he just have an endless supply of these sharpies on him? Because it seems as if he always has the kind of sharpies that you used for presentations in school and hated in every other instance because they were too big. But then again, who writes in permanent marker to make notes? Psychopaths, that’s who.

Mock this all you want, but I can’t wait to have kids someday and have this note come up in their history books so I can go, “Ah yes, I remember this day. This was when we all realized just how incompetent the president was.”

The President is going to go through some things this morning.