Donald Trump Doesn’t Get What the Big Deal Is, Insists His Russia Dealings Were “Very Legal & Very Cool” 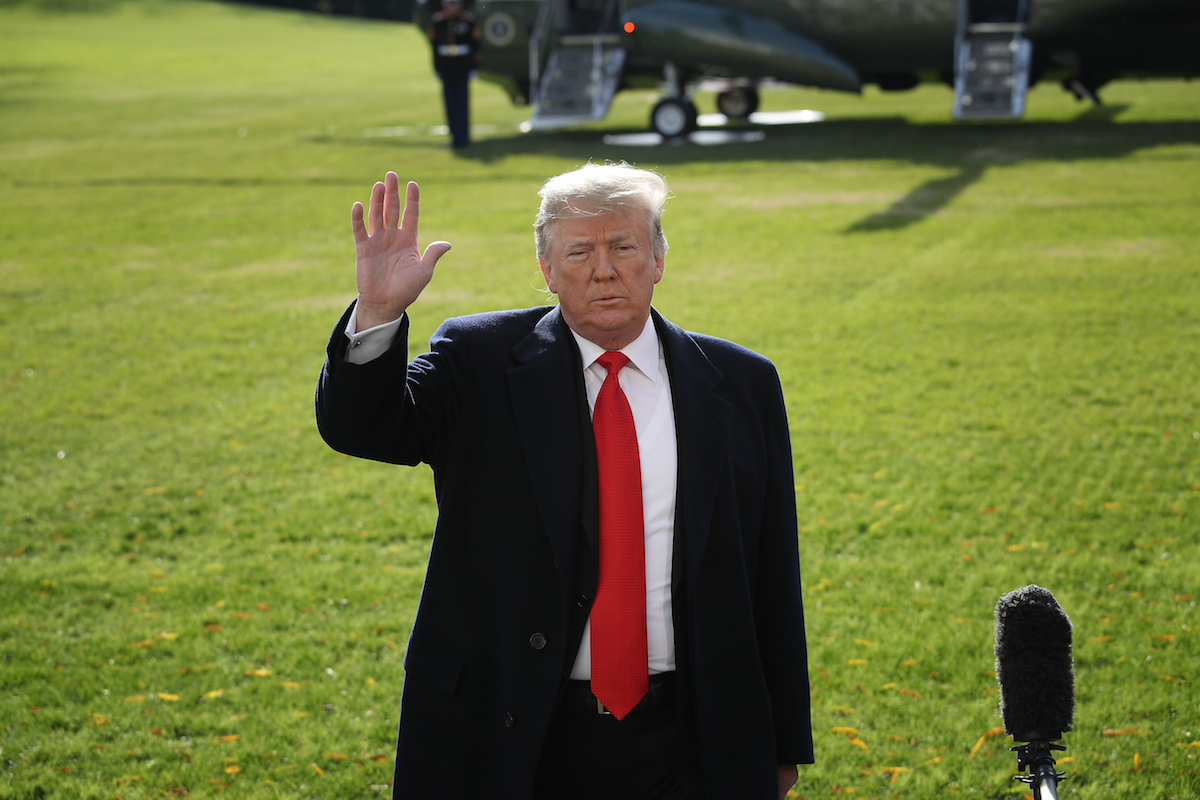 Following yesterday’s bombshell admission from Michael Cohen, revealing that he had lied to Congress about business dealings between the Trump Organization and the Russian government, it was only a matter of time before Donald Trump lashed out on Twitter, as is his wont. And boy, he did not disappoint.

In a pair of tweets sent out this morning, Trump said that his “light” dealings were all “very legal & very cool.”

Oh, I get it! I am a very good developer, happily living my life, when I see our Country going in the wrong direction (to put it mildly). Against all odds, I decide to run for President & continue to run my business-very legal & very cool, talked about it on the campaign trail…

….Lightly looked at doing a building somewhere in Russia. Put up zero money, zero guarantees and didn’t do the project. Witch Hunt!

“Very legal and very cool” is the “How do you do, fellow kids?” of criminal behavior.

LAWTALKING GUY PROTIP: if a client tells you that he has just done something “very legal and very cool,” that client definitely hasn’t done any crimes or anything and you are *all good* https://t.co/IDxrXD70fe

Also, I dare you to unsee (or unhear) this:

Not the point but this reads like the whitest-possible version of the Fresh Prince of Bel Air song https://t.co/1mrAGmUXvr

“In extreme wealth born and raised,
In my dad’s shadow where I spent most of my days,
Chillin’ out, maxin’, very legal and very cool,
Buildin’ condos for fascists outside of the school”

🎵I colluded with one little country and my lawyer got scared🎵

Trump’s admission that he did look into business dealings with Russia, however “lightly,” is a sharp departure from his longstanding denials that he had any ties to Russia at all.

Russia has never tried to use leverage over me. I HAVE NOTHING TO DO WITH RUSSIA – NO DEALS, NO LOANS, NO NOTHING!

He said something similar to reporters yesterday, telling them “We were thinking about building a building. I decided ultimately not to do it. There would have been nothing wrong if I did do it.”

So now it seems like Trump’s best argument in his own defense is that he didn’t know he was supposed to tell the truth about these things because no one ever told him not to lie?

President’s lawyers think it was unfair for Mueller to ask questions of the President without first informing the President that he should tell the truth because Mueller might have evidence to show false answers were false. https://t.co/stFyKZjQNB pic.twitter.com/VycHZy6au6

It looks like we’re at a point where things are going to get a lot worse for Trump before–and if–they get better. Michael Cohen’s revelations about the Trump Tower dealings in Moscow, which included plans to gift the $50 million penthouse to Vladimir Putin, are incriminating for anyone who knew about them and lied about them. According to Michael Cohen, that includes multiple members of the Trump family. I can’t wait to find out who he names. I’m hoping for Javanka but no one will be surprised if Eric ends up taking the fall for this, will they?