Things We Saw Today: What the Hell Is Happening on Donald Trump’s Twitter? 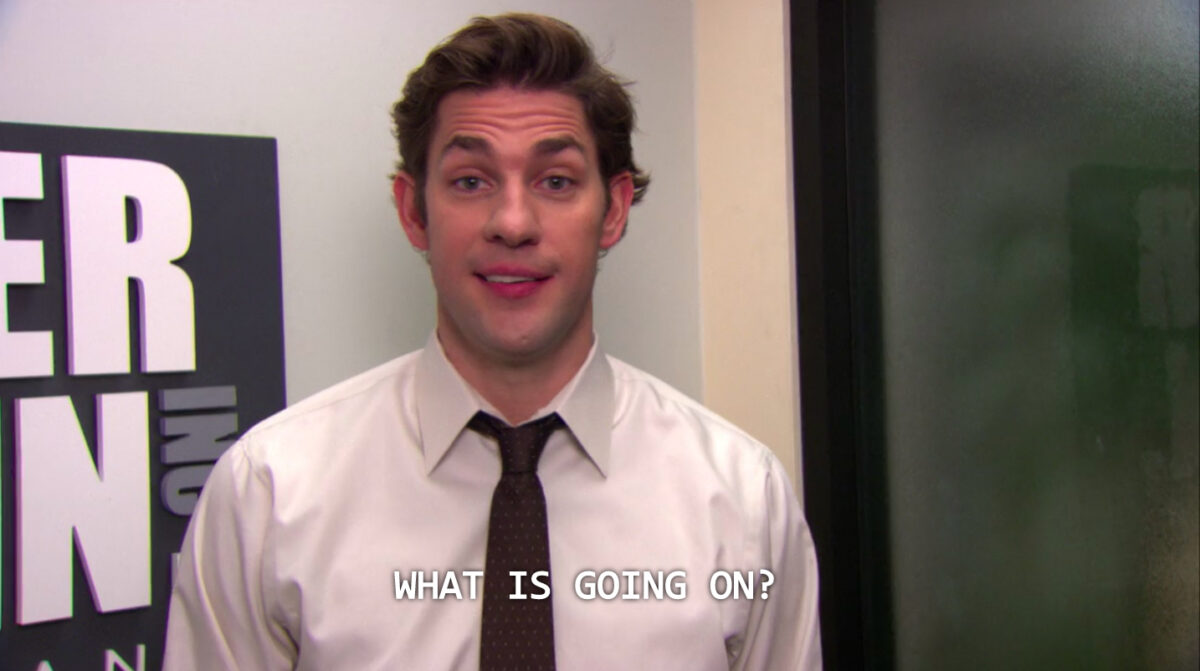 What the hell is happening? I’m not sure if you’ve looked—we all prefer not to, tbh—but Donald Trump just won’t stop tweeting. No, I mean more than usual, which is saying something. As someone who tweets a lot myself, it is truly unnerving just how much he has tweeted in the last few hours.

Like … he literally quote tweeted someone who has the username Girl Bot.

Wow!!! NOW DO SOMETHING ABOUT THIS, THE BIGGEST OF ALL POLITICAL SCANDALS (IN HISTORY)!!! BIDEN, OBAMA AND CROOKED HILLARY LED THIS TREASONOUS PLOT!!! BIDEN SHOULDN’T BE ALLOWED TO RUN – GOT CAUGHT!!! https://t.co/hf7zjqZYQ4

To be honest, I wish that were the worst of them, but in a string of tweets that make no sense, Trump just keeps all-caps screaming about voting, did one that seemed like he suddenly wanted everyone to vote by mail (is he Golluming?), and even quote-tweeted James Woods. (I don’t know what that says, happily, because James Woods blocks me.)

He’s been a wacko for years, and everyone knows it. The Lamestream Media is stuck with him and they are just now trying to clean up his act. Notice how all of the bad things, like his very low IQ, are no longer reported? Fake News! #MAGA https://t.co/LU2o2m7CSs

Wow, what does this grim picture remind you of? I am the only thing in the Radical Left’s way! VOTE https://t.co/gnlvm4swFv

NOW THAT THE RADICAL LEFT DEMOCRATS GOT CAUGHT COLD IN THE (NON) FRIENDLY TRANSFER OF GOVERNMENT, IN FACT, THEY SPIED ON MY CAMPAIGN AND WENT FOR A COUP, WE ARE ENTITLED TO ASK THE VOTERS FOR FOUR MORE YEARS. PLEASE REMEMBER THIS WHEN YOU VOTE! https://t.co/gsFSghkmdM

The President of the United States posted a link from a website called “freebacon.com”. Let that sink in.

And, if you wondered why “Heather” was trending all day, it was because Donald Trump thanked a woman named Heather on Twitter for saying that she’d risk death to vote for him. Completely normal things, right?

To put this entire situation into perspective, in the last 7 times, he tweeted/RTed around 50 times. THE PRESIDENT OF THE UNITED STATES TWEETED NEARLY 50 TIMES DURING THE LAST 7 HOURS. Now, compare that to me, someone whose job it is to work online and tweet: I have tweeted 29 times in total between my work account and my personal account. Again, my job is TO BE ONLINE. (Since this writing, I did have to tweet 2 more times from my work account, and I tweeted a meme from my personal account, but still, Donald Trump has me beat by a lot.)

Should someone check on him? Probably, but he’s also contagious and probably lying to us all about how he’s actually doing with the coronavirus, so like … whatever, let him just keep tweeting nonsense because what does it even matter at this point? He’s clearly deranged.

Here are some other things we saw out there today.