Donald Trump Is Back on His Racist, Sexist “Suburban Housewife” Dog-Whistling 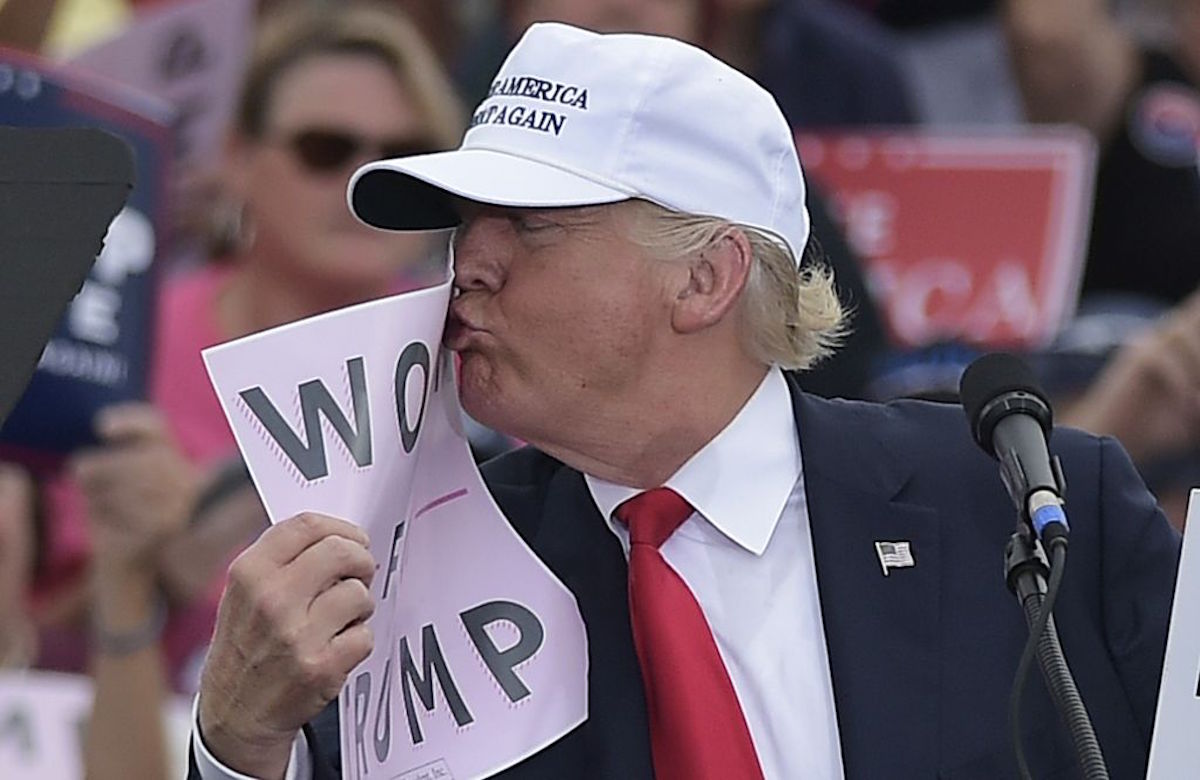 Donald Trump is once again dog-yelling (it’s so far beyond a whistle at this point) about how he wants to protect suburbanites, and particularly suburban women, from having to give up the white supremacy he just assumes they’re clinging to as a way of life.

“The ‘suburban housewife’ will be voting for me,” Trump tweeted Tuesday morning, tagging Fox News and host Maria Bartiromo. “They want safety & are thrilled that I ended the long running program where low income housing would invade their neighborhood. Biden would reinstall it, in a bigger form, with Corey Booker in charge!”

Donald Trump has repeatedly invoked the image of a “suburban housewife,” saying Biden will destroy their American Dream and their “Suburban Lifestyle Dream,” and declaring that “suburban women” don’t want to “Defund the Police.”

The implication is that these suburban women–which is obviously code for white women of a certain economic stratum–need to be protected from poorer people of color looking to bring drugs, violence, and just their mere existence from the cities to their gated communities.

In this latest tweet, Trump seems to be implying that Biden would appoint Booker, who is Black and whose first name is spelled Cory, as the head of Housing and Urban Development and that together, the two would enact their plan to fill the suburbs with scary, scary BIPOC, thereby destroying white people’s “American Dream” of living in segregation.

In addition to the overt racism of implying BIPOC are to be feared, Trump’s statement is also totally sexist, as it conflates women with “housewives,” all suburban women with white supremacists, and implies that white women need or even want to be protected from BIPOC. It’s just an all-around terrible tweet.

The president has promptly responded to Kamala Harris joining Biden’s ticket by sorting women into two categories: nasty meanies, and suburban housewives he believes will vote for him. But pollsters see a very big disturbance in that plan. Memo by me: https://t.co/hVcVNRcmpC

I’m a suburban single mom. I have suburban “housewives” all around me.

We fucking hate you. https://t.co/r5SAyB6VOY

I’m a “suburban housewife” in that I am a wife who lives in a house on a quiet, tree-lined street and I will be voting against you with a fire and fury like the world has never seen. https://t.co/mpvd9oXLH9