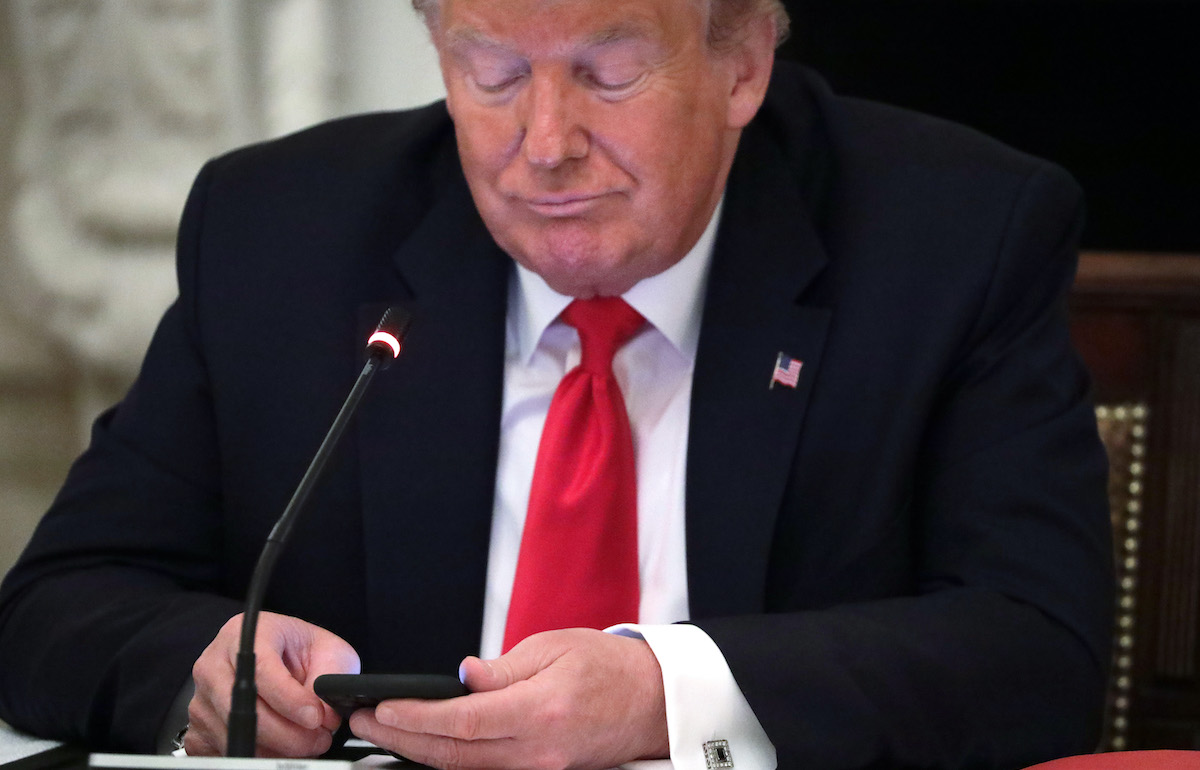 It is a truth universally acknowledged that a racist president retweets racist followers. In any other world that might be a more surprising story, but it is sadly just another part of life under the Trump presidency.

In a now-deleted tweet, Donald Trump thanked “the great people of The Villages,” referring to a retirement community in Orlando, Flordia, where his rally took place. A rally that flippantly ignored all social distance guidelines because he would rather put people at risk than being told what to do.

Attached to this self-congratulatory tweet was a video showing a Trump supporter in a golf cart raising a clenched fist and shouting “white power” in apparent response to a protester calling him a racist. Well, you certainly showed that person golf cartman.

Tim Scott, who has the distinction of being the only Black Republican in the US Senate, told CNN on Sunday that the video was “offensive.”

“There is no question he should not have retweeted it, and he should just take it down,” Mr. Scott said “We can play politics with it or we can’t. I’m not going to. I think it’s indefensible. We should take it down.”

Following the outcry, US Secretary of Health and Human Services, Alex Azar, was also asked about the tweet on CNN and stated that he hadn’t seen the tweet, but “obviously neither the president, his administration nor I would do anything to be supportive of white supremacy or anything that would support discrimination of any kind.”

Judd Deere, a White House spokesman, said Mr. Trump “is a big fan of The Villages” according to the New York Times. “He did not hear the one statement made on the video. What he did see was tremendous enthusiasm from his many supporters.”

Yet, if you watch the video that was attached to the tweet you very clearly hear the man say “white power” twice. It is very loud and very clear. You would think that if you were going to retweet a video of your supporters you’d watch the whole thing before sharing it with the world. But he probably did know and enjoyed taunting the internet for three hours because Trump is a racist.

Trump is a racist. There is nothing at this point that should make people think otherwise. He has been allowing white supremacy to feel comfortable with their ideology since he announced his run for president. All that can be said now is that despite the attempts from Twitter to help quiet Trump they have not worked. Trump may have deleted the tweet, but those who needed to see it—have already gotten another piece of reinforcement that the racist-in-chief is on their side.