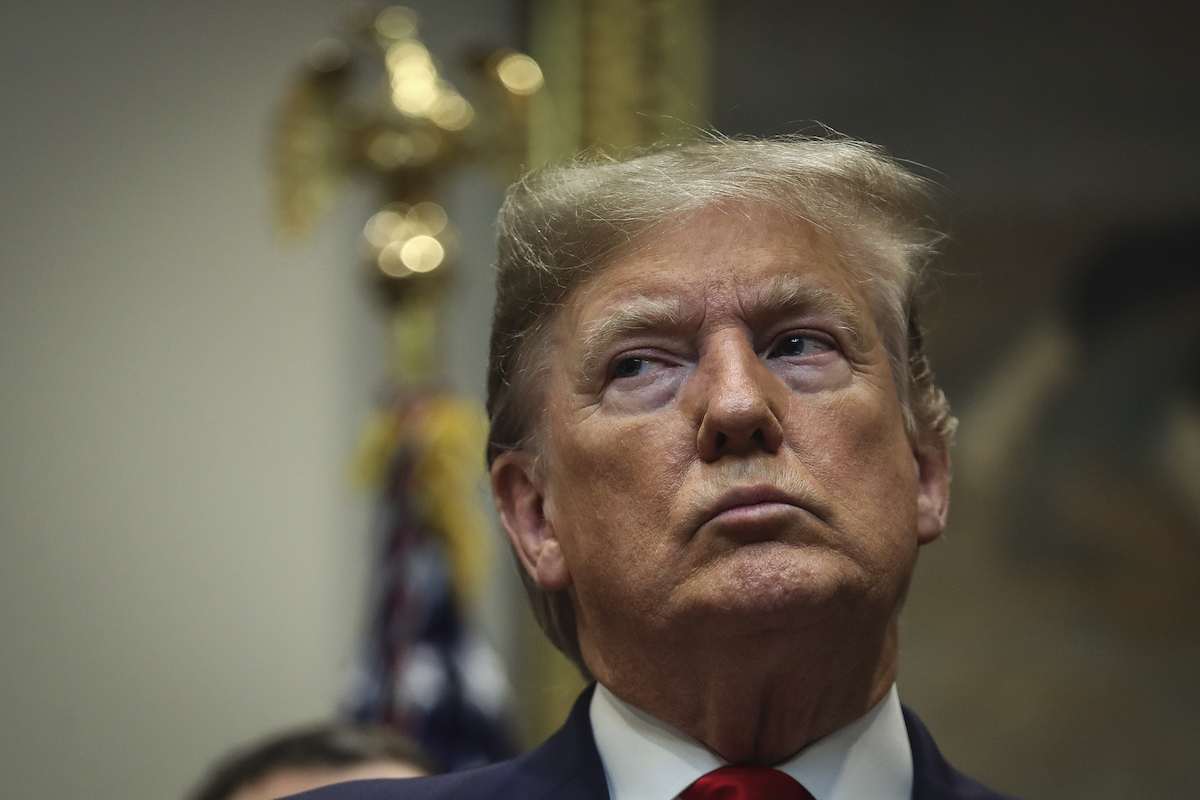 Since basically the moment he took office, Donald Trump has tried to eliminate funding for the Corporation for Public Broadcasting–the organization that supports and promotes PBS, NPR, and about 1500 other public radio and television stations. The CPB has been on Trump’s “hit list” in each of his proposed budgets. Now he’s coming for NPR once again, this time on Twitter, and all because one of its reporters was too mean to Secretary of State Mike Pompeo.

Over the weekend, ultra-rightwing radio host Mark Levin tweeted, “Why does NPR still exist?  We have thousands of radio stations in the U.S. Plus Satellite radio. Podcasts.  Why are we paying for this big-government, Democrat Party propaganda operation.” Trump retweeted his message, adding that he thought it was “a very good question.”

Levin’s tweet was in response to a Fox News article about NPR’s Mary Louise Kelly’s interview with Pompeo. After that interview, Kelly says Pompeo berated her, screaming and cursing at her over her questions about Ukraine. According to Pompeo, Kelly broke an agreement to keep their post-interview conversation off the record. Kelly denies an agreement existed. Even if it did (which, again, she says it didn’t), it’s wildly unethical for the President of the United States to retaliate by publicly suggesting the entire outlet shouldn’t exist.

Levin’s tweet and Trump’s endorsement of it are part of the ongoing conservative war on journalism. These people continue to paint the news media as the great American enemy in whatever way possible, with little regard for actual facts. And by “facts,” I don’t just mean whether or not this one conversation happened. It’s also the fact that NPR actually gets very little federal funding–about 4% of their total budget–not that you’d know that from Levin’s tweet or the replies to it, which are mostly people ranting about having to pay for the “libs'” and “Democrat’s” radio content. (CPB does receive federal funding, which they then distribute to those 1,500 independently owned and operated public stations. Not that Levin seems to know that.)

But if we want to talk about government funding of media with a legitimate bias, Mark Levin should probably look at himself instead of NPR. While it’s not federal funding (though neither is NPR’s, really), Levin has been getting money from the GOP for years. In addition to getting hundreds of thousands of dollars to run ads for the Koch brothers-backed organization Americans for Prosperity, the Senate Conservatives Fund spent nearly $500,000 on copies of one of Levin’s books–which Levin did not disclose.