Do We Think Donald Trump Knows Who Nero Is? | The Mary Sue

Do We Think Donald Trump Knew Who Nero Was When He Tweeted This Meme? 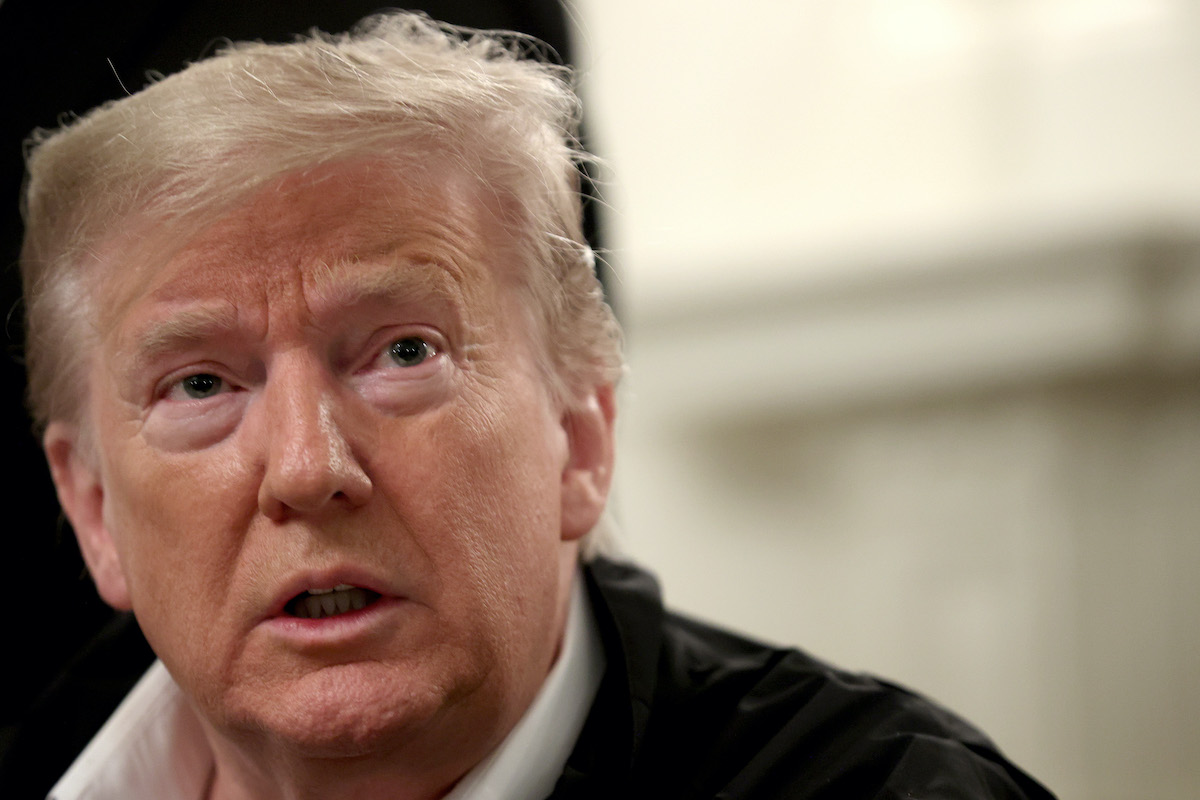 Donald Trump shared a meme Sunday featuring an image of him serenely playing the violin with the words “My next piece is called … No one can stop what’s coming” written across it. He retweeted the image from his social media director Dan Scavino and added the caption “Who knows what this means, but it sounds good to me!”

We can’t help but wonder … What does Trump think this means?

“No one can stop what’s coming” is a popular slogan among QAnon conspiracy theorists. Trump has often shared memes related to the conspiracy—which maintains that there is a “deep state” plot against Trump and his supporters—and retweeted content from Q accounts, so it’s likely that he understands that part of the image.

The violin-playing, though, seems like a clear allusion to the legend of Rome’s Emperor Nero fiddling while Rome burned. And it’s not clear if Trump knows what exactly he’s referencing.

Who knows what this means, but it sounds good to me! https://t.co/rQVA4ER0PV

As the popular legend goes, while Rome burned for over a week, Nero did nothing but sit by dressed in stage costume and play the fiddle. To “fiddle while Rome burned” has become a colloquialism used to describe someone who does something frivolous and irresponsible during an emergency.

Fiddle while Rome burns. To do something trivial and irresponsible in the midst of an emergency; legend has it that while a fire destroyed the city of Rome, the emperor Nero played his violin, thus revealing his total lack of concern for his people and his empire.

Given the plummeting stock markets, the rapid spread of the coronavirus, and the general state of discord and animosity between and within political parties, the comparison between America now and a Rome literally on fire might be metaphorical but not far-fetched.

If there were ever a modern equivalent of a leader playing the fiddle while their kingdom burned, it would be tweeting and playing golf through a massive health epidemic.

It means Rome is burning and you’re fiddling around a golf course, Nero. https://t.co/Ou7qrr3HDn

There are other obvious connections between Trump and Nero. The Roman emperor is remembered as a tyrant who cared more about personal vengeance than actual justice or the good of his people.

There’s also a theory—one of the oldest conspiracy theories, actually—that Nero himself set the fires in order to rebuild Rome to his liking. That part, at least, really is in line with QAnon beliefs, as they see Trump as their anti-deep state savior.

But if that’s what they’re going for with this meme, they also have to embrace the fact that their leader is a cruel, ineffectual tyrant who is choosing to play golf and blame Democrats and the media for the problems he himself has caused. Which, in the words of Trump, sounds good to me!